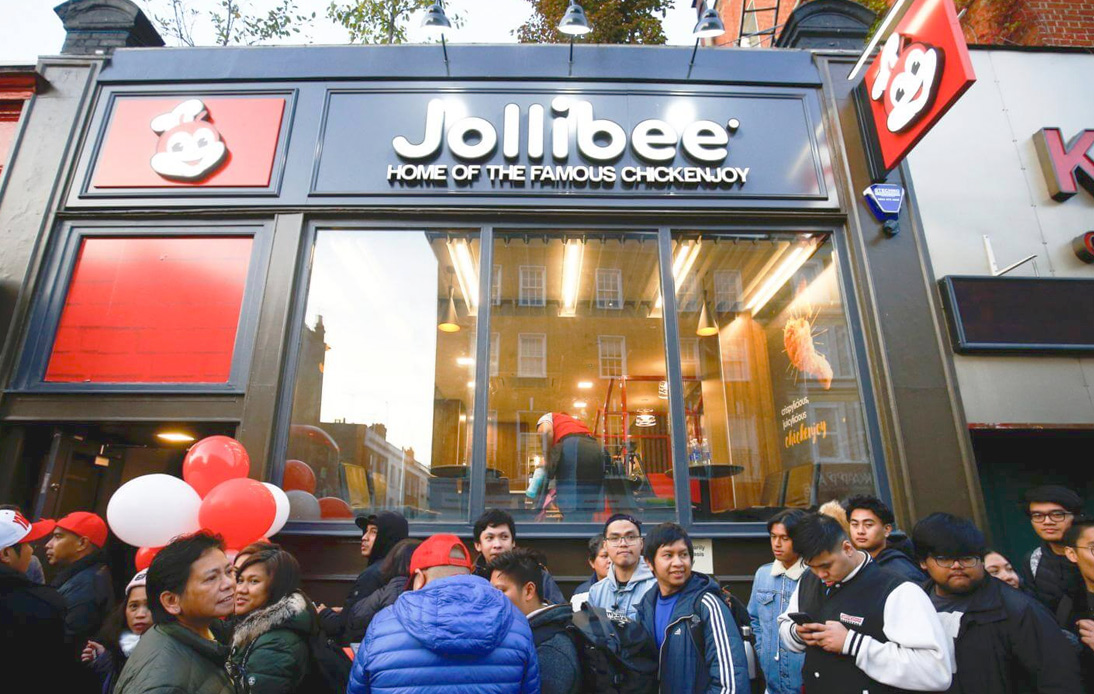 The Philippines’ largest restaurant chain, Jollibee, is targeting global expansion with a project that includes 450 new restaurants opening this year, its CEO said.

The multinational chain of fast food sees the “opportunities” created by the COVID-19 crisis while targeting the foreign market. Jollibee’s CEO said their long-term goal is to become one of the top five restaurant chains worldwide.

Jollibee also has plans to expand its business in the United States, China and Southeast Asia and announced that it would open outlets in Wales and Scotland.

By the end of the year, the firm had more than 5,800 restaurants operating in 33 countries. However, the number is much lower than at the end of 2019, as the coronavirus pandemic forced it to closed almost 500 stores.

The fast food chain posted its first annual loss in more than thirty years in 2020.

Due to the restrictions and lockdowns induced by the health crisis that prohibited restaurants from dine-in services, Jollibee suffered a loss of 11.5bn pesos ($ 240m; £ 170m) the last year. On the other hand, the Philippines plunged into recession and faced various obstacles to its recovery due to a delay in the national vaccination campaign.

Jollibee expects 50% of its profits to come from abroad by 2025.

It recently announced that 80% of its new stores would be overseas and would be divided evenly between China, North America, the Philippines and the rest of Southeast Asia, including Malaysia and Singapore. The firm also said it would adjust its menus for some of the new countries it is opening in.

“This year, we are set to further expand in new areas in the UK by opening our Jollibee store in Scotland in Edinburgh, and in Wales in Cardiff,” a Jollibee spokesman noted.

The company has also spent 7bn pesos on upgrades for its food delivery services, online sales, and other “business transformations.” It also made its largest purchase to date in 2019, buying the American chain Coffee Bean & Tea Leaf for $350 million.

Jollibee also owns other brands such as Greenwich pizza chain and Smashburger.