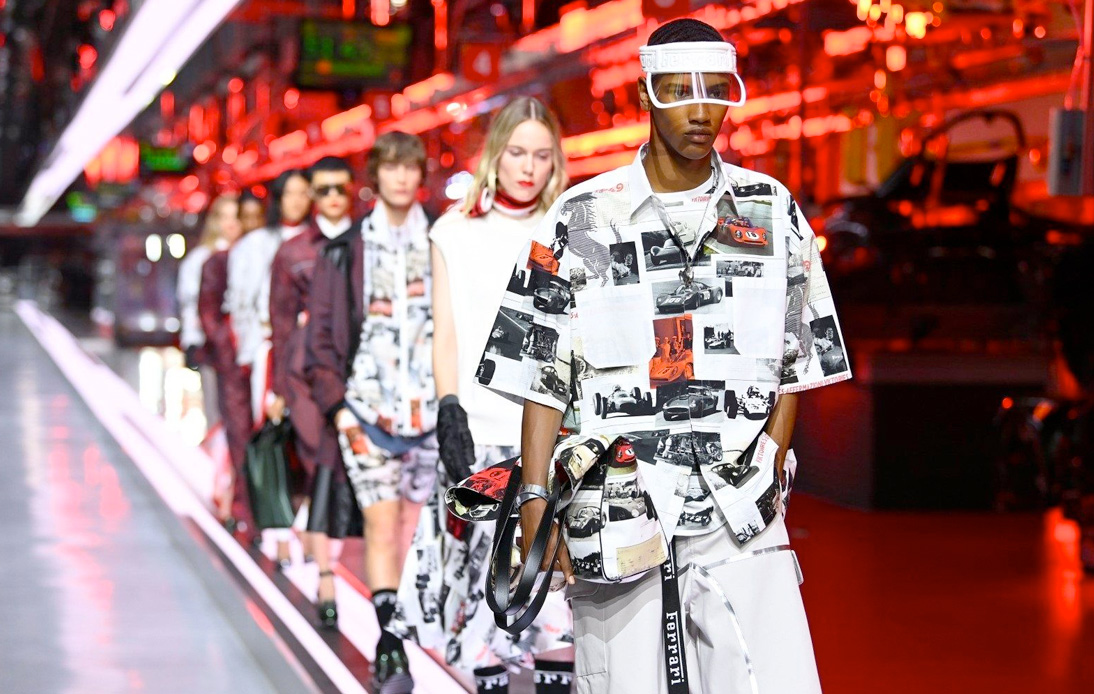 On Sunday, Ferrari launched its first in-house fashion collection, offering fans of the brand and its supercars new haute couture alternatives within a range of contemporary clothing.

The launch is part of Ferrari’s new brand strategy, considered one of the company’s largest investments outside the automotive market.

Ferrari expects its innovative strategy to represent around 10% of its earnings in 7-10 years. Moreover, the company’s plans include a new restaurant with Michelin-starred chef Massimo Bottura in Maranello in northern Italy.

The models wore the brand’s new creations on a catwalk installed on the assembly line for “Prancing Horse” V12 sports cars, such as the novel 812 Competizione. “We want to attract young people and women,” Iannone said.

“Our targets are not just those who buy a Ferrari but also those who have awareness of the brand and of its values,” he said.

Iannone, 37, claimed that he worked hard on fabrics such as silk, with a printed pattern of Ferrari iconography, and nylon. “Most of them are high performance technical fabrics but with an haute-couture touch,” he stated.

Also, the native of Calabria in southern Italy said the collection was “fluid.”

He explained that 80% of the garments, whose sizes range from XXXS to XXXL, had been designed to appeal to both women and men. “Ferrari is never a nostalgic company, it’s always ready to seize the spirit of present and to look at the future,” he added.

Regarding prices, the company said the collection had a “luxury” ethos and would offer t-shirts for 200 euros ($242.12) and high-end coats valued at 3,000 euros.

But Ferrari will not forget its loyal Formula One fans even though it has decided to cut license-based marketing to 50%. The company confirmed that it would continue to sell its signature mugs, hats, and t-shirts.

Ferrari’s fashion collection, which will be later expanded to include accessories, will be available primarily online and through the brand’s official stores in Milan, Rome, and Maranello. Besides, more store openings are also scheduled in Los Angeles and Miami this year and in China in 2022.