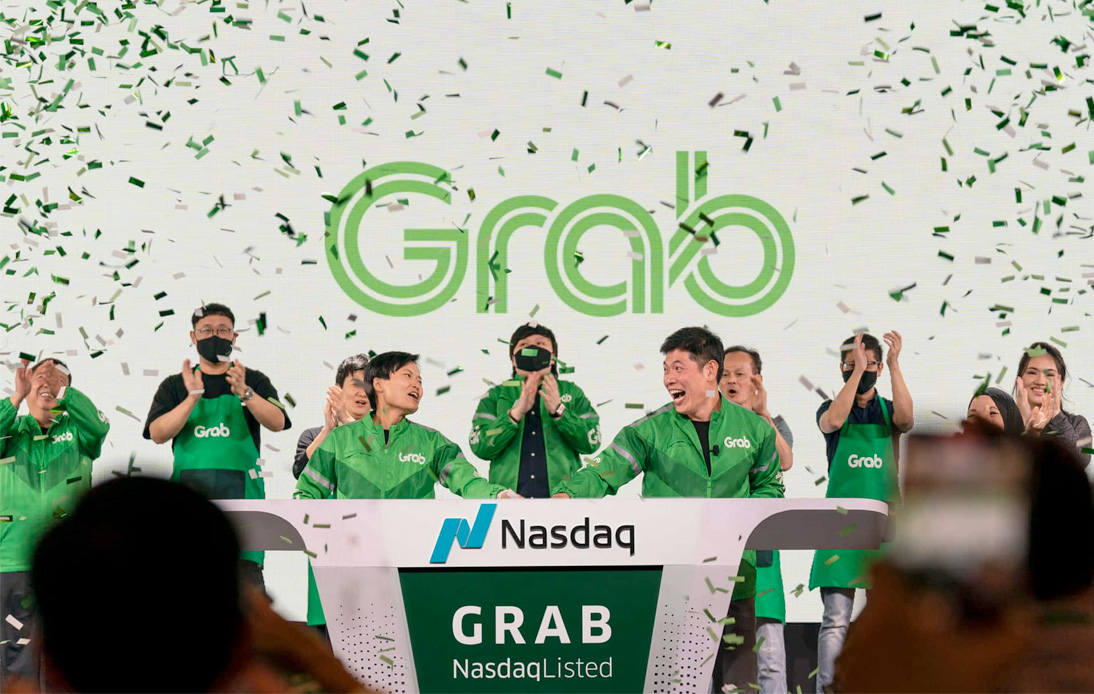 The Singapore-based company’s shares initially rose after its debut but fell sharply shortly after. After its shares’ sale, Grab achieved the largest-ever US listing by a Southeast Asian business, raising more than $40 billion in value.

The ride-hailing and payments app’s operator did not opt for a conventional shares’ sale but went public using a shell company usually employed to make the process cheaper.

Grab, which debuted on the market through a Spac company, saw its shares rise 21% minutes after going public but experienced a significant drop and ended the day more than 20% below its launch value.

While Grab’s business has grown since it started, it is still not making a profit, and its directors estimate that it will start doing so by 2023.

CEO and co-founder Anthony Tan told the media the company had “industry-leading” profit margins. But he said his objective was to grow the business in a “cost-disciplined” way.

“You look at our food delivery business, a majority of our markets have already broken even, so we know how to get there as a clear path of profitability,” he stated.

Grab faced criticism after choosing a Spac list, with detractors saying the company was avoiding public scrutiny over its financial performance. However, in an attempt to address such comments, its executives reported the firm’s earnings over the past three months even though it had not been required to do so.

Howard Yu, a professor at the IMD business school, said Grab was striving to enter a sector as high in terms of profitability as finance because it needed to demonstrate to investors its growth potential. The company’s current investors are China’s Uber, Didi, and Japan’s Softbank.