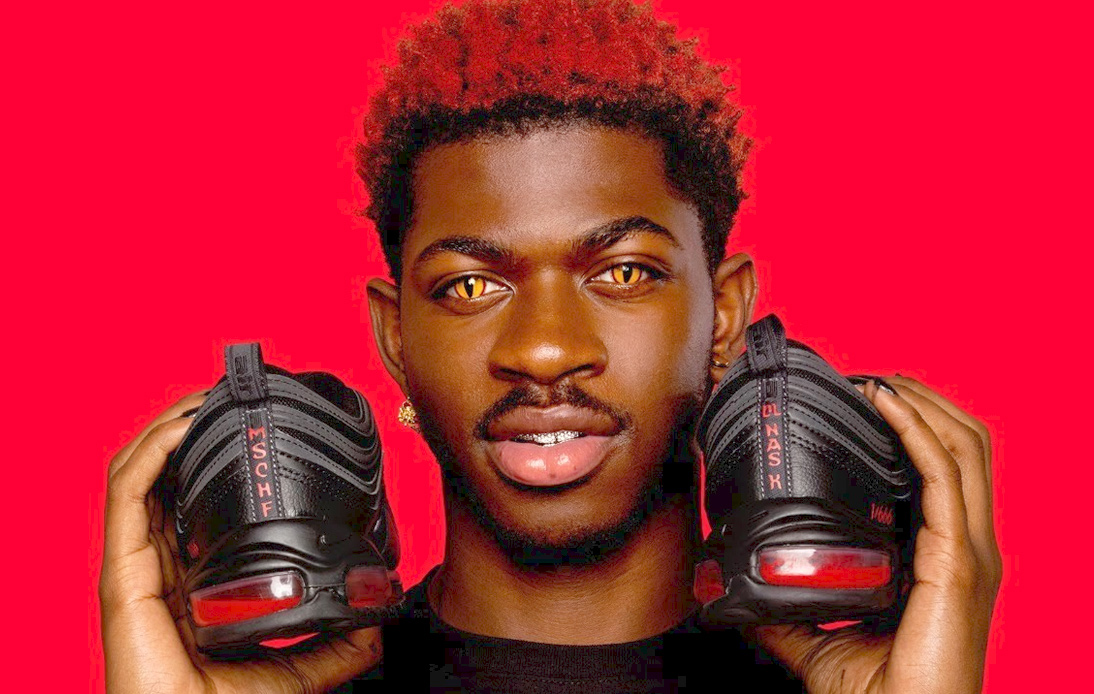 Nike has sued the maker of the controversial Lil Nas X “Satan Shoes” that have sparked a backlash on social media for a trademark infringement.

On Monday, the American multinational corporation filed a lawsuit accusing MSCHF Product Studio, Inc. of trademark infringement on the modified Nike sneakers pairs that its art collective made in collaboration with the “Old Town Road” singer.

MSCHF has not responded to requests for comment on the lawsuit to date.

The rapper and singer released 666 pairs of shoes on Monday, and they sold out almost immediately. The black and red sneakers are adorned with a bronze pentagram and an inverted cross, but their most scandalous feature is a drop of real human blood.

They were made using Nike Air Max 97s.

However, Nike (NKE) stated that it was not involved in the controversial creation, adding that it did not have a relationship with Lil Nas or MSCHF. “Nike did not design or release these shoes and we do not endorse them,” it said.

In the complaint, the sportswear company asked a court to order MSCHF to “permanently stop” orders related to the “unauthorized” shoes.

Nike noted that Internet users have threatened to boycott it because of the Lil Nas X Satan. The American rapper was not listed in the lawsuit, but his representatives have also not responded to calls and emails requesting comment.

In the complaint, Nike wrote: “MSCHF and its unauthorized Satan Shoes are likely to cause confusion and dilution and create an erroneous association between MSCHF’s products and Nike.”

“In the short time since the announcement of the Satan Shoes, Nike has suffered significant harm to its goodwill, including among consumers who believe that Nike is endorsing satanism,” the complaint read.

The Satan Shoes are the latest Nike footwear product customized and released by MSCHF.

In the complaint, Nike says the shoes feature the company’s famous Swoosh logo, which has prompted criticism. The controversy started when the rapper released the video for his latest single, “Montero (Call Me By Your Name),” last week.

In the clip, Lil Nas X dresses provocatively, simulating a fallen angel and a demon who rides a stripper pole to hell, where he erotically dances in front of the devil.

Shortly after, he wrote on Twitter: “I spent my entire teenage years hating myself because of the s**t y’all preached would happen to me because I was gay. So I hope u are mad, stay mad, feel the same anger you teach us to have towards ourselves.”