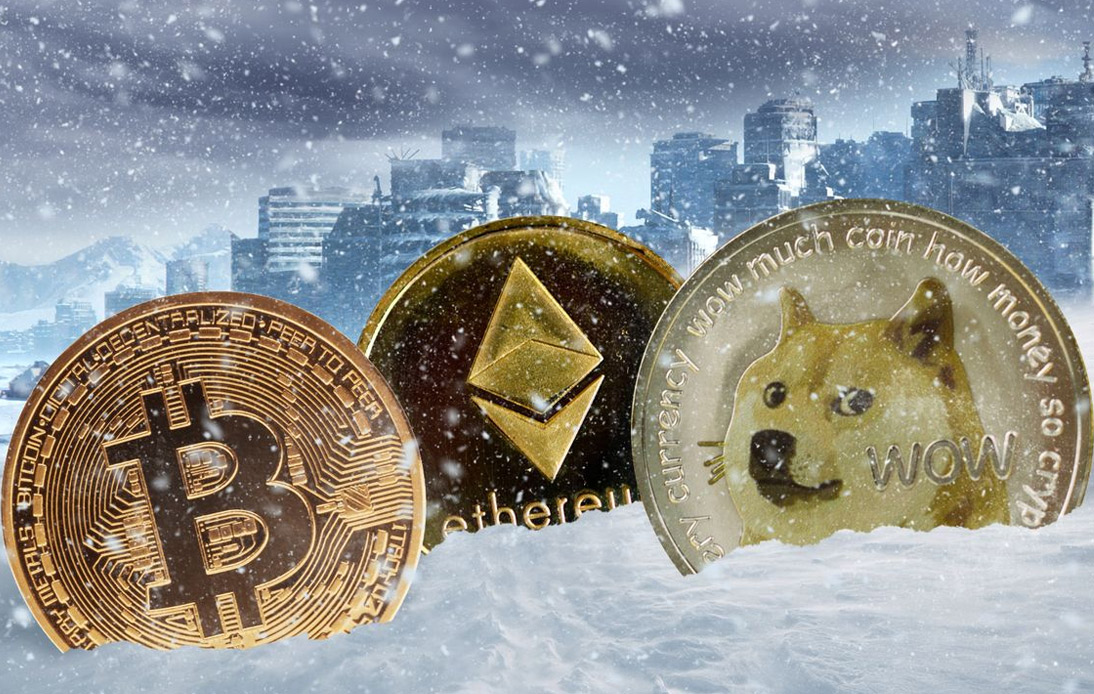 The two largest cryptocurrencies, Bitcoin and Ethereum, fell by more than 30% this week, hitting new lows in recent market history.

On Thursday, Bitcoin’s price plunged to its lowest level since December 2020, falling below $21,000, after the US Federal Reserve increased the interest rate by 0.75%. Ethereum followed a similar pattern, falling below $1,100.

The crypto market has crashed amid recession fears fueled by the world’s central banks’ decision to raise interest rates to combat rising inflation. The S&P 500 has also been on a bearish trend, tumbling near 4% to 3,749.63 -its lowest level since 2021- and lifting its losses to more than 21% since its January record.

Rising global inflation and the S&P 500 slipping into bear market territory suggest a “crypto winter now hangs in the balance,” one expert said.

Uphold financial consultant Rich Blake commented: “Crypto hobbles into the week somewhat beholden to the whims of the stock markets, clearly on pins and needles over May inflation numbers — the US Consumer Price Index (CPI) report dropped on Friday.”

“Economists expected the CPI to rise 8.3% year over year, but the headline inflation level actually came in at 8.6%. Wall Street was groping for a sign that inflation may have peaked. So is the Federal Reserve,” he added.

The term “Crypto winter” describes a market state in which cryptocurrency prices fall and remain low for an extended period of time, as happened in early 2008 and mid-2020.

Experts say that the prices of both cryptocurrencies, the largest by market value, could fall even further if economic conditions do not improve.

Stock and crypto markets will continue to slide as inflation hits a new 40-year high and the global economy collapses from the ongoing war in Ukraine, specialists added.