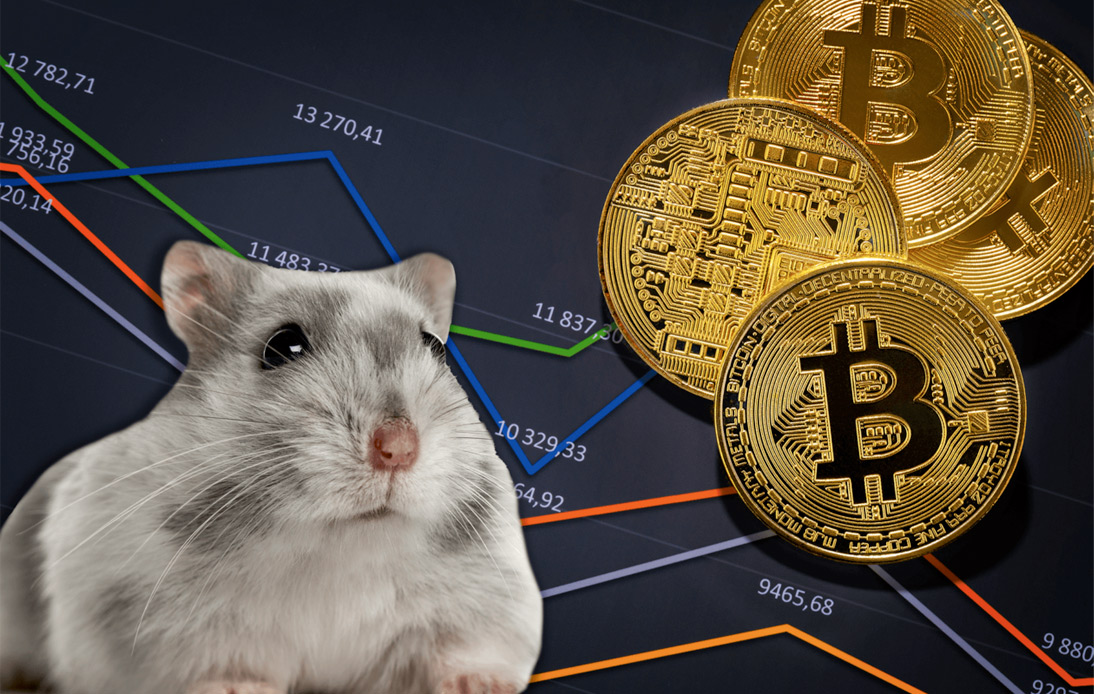 The cryptocurrency world is not limited to humans, and one non-human in particular is here to prove it: Mr. Goxx.

Since starting his trading career in June, he is up by around 20%, which is above what many professional investors and funds have achieved.

There is another unusual characteristic that makes him stand out among the rest of the competition: Mr. Goxx, it should be noted, is a hamster.

On closer inspection of the cage in which he lives, this business-minded rodent has an attached office, where he starts his day by live streaming on Twitch.

For his followers, an important part of each day is when his Twitter account notifies them of when trading sessions have begun.

Mr. Goxx selects which cryptocurrency he likes to trade by running his “intention wheel,” which spins through different options. Also, on his cage’s floor, there are two nearby tunnels to sell or buy.

If the hamster runs through a tunnel, electronic devices wired to his office complete a trading operation based on Mr. Goxx’s wishes.

However, as of September 27, the particular trader’s career performance increased to 19.41%.

According to data from the crypto news site Protos, his sudden success not only outperformed major stock markets such as the Dow Jones or the FTSE 100 but also that of investing supremo Warren Buffet’s company Berkshire Hathaway.

Besides, Goxx has come out slightly ahead of the biggest digital currency, Bitcoin, in the crypto market.

Two German men in their 30s, who prefer to remain anonymous, are behind Mr. Groxx, which started as a hobby project.

Speaking about it, they said: “We felt that everything keeps getting more expensive these days and building savings is super-hard to achieve with high rents to pay. It seems like most people from our generation see no other chance than throwing a lot of their savings on the crypto market, without having a clue what’s going on there.”

“We were joking about whether my hamster would be able to make smarter investment decisions than we humans do,” they added.

The name “Mr. Goxx” is a nod to those disasters the crypto market could face. A while ago, a company called Mt Gox went from being the country’s largest crypto exchange to filing for bankruptcy after a thousands-bitcoin-worth robbery.