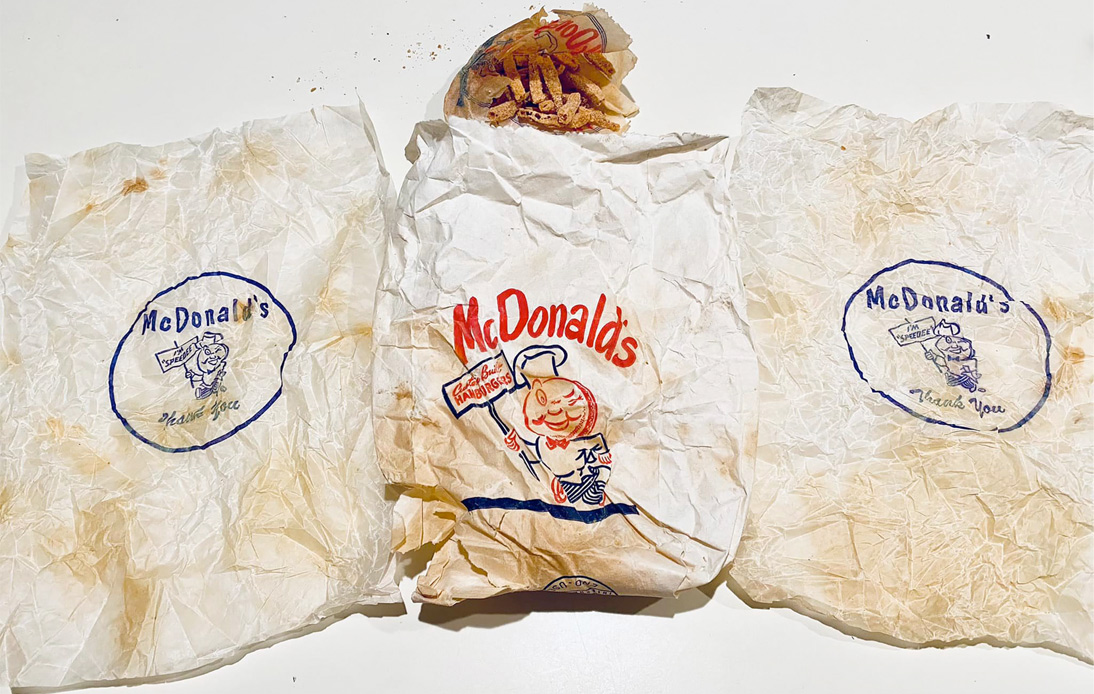 An Illinois couple found a quirky and oddly old surprise from history’s most iconic burger-maker, Ronald McDonald: a bag of French fries from the 1950s.

Rob and Gracie Jones were doing renovations on their Crystal Lake Home, built in 1959, when they found a decades-old bag bearing a not-so-known McDonald’s logo.

The man pulled the old toilet paper fixture out while doing work on their house’s bathroom and noticed “a rolled up piece of cloth bunched up inside the wall.” To their surprise, the couple discovered fast food that was over 60 years old.

At first, Rob and Gracie wondered if they should call the police, considering they might have uncovered evidence from a crime scene. However, they were relieved to realize that it was just an old McDonald’s bag.

Gracie told the media that she and her partner had taken the bag into their kitchen. They opened it carefully and found some half-eaten French fries next to two hamburger wrappers.

But the most curious thing they noticed was the food’s appearance and texture. The Joneses said the fries had lost their characteristic salty smell but were crisp and brown.

“We saw the fries and were like, ‘This is unreal.’ How on Earth are these fries still in this bag and how are they preserved so well?! It was wild,” Gracie added.

Undeterred by the decrepit-looking bag, they grabbed some fries to see if they were still sturdy. They then investigated the packaging’s logo and were even more surprised to learn that the company had used that design between 1955 and 1961.

Their internet search also showed that an original McDonald’s eatery had been built in their street the same year as their home. The decades-old bag also featured the franchise’s first logo, Speedee a man with a hamburger-shaped head wearing a chef’s hat.

Rob and Gracie decided to store the relic with the old food but are still wondering what to do with it. “We’d be happy to sell it or if not, we’d probably keep it as a cool piece of history,” the woman stated.