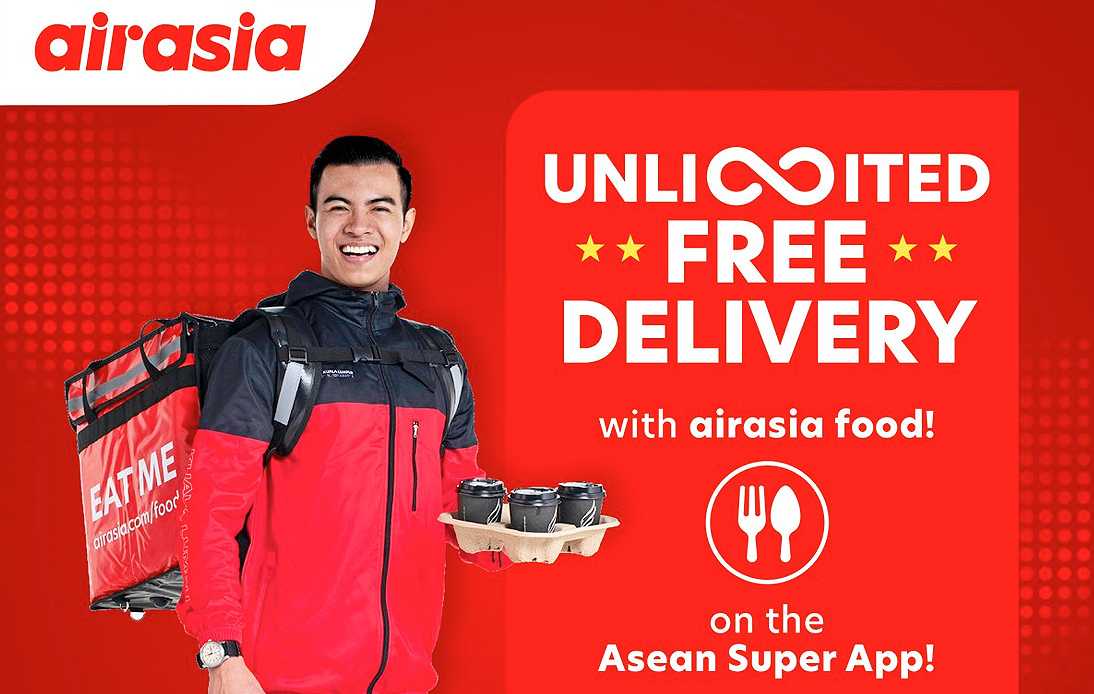 The AirAsia SuperApp has officially arrived in Thailand by kicking off its highly-awaited AirAsia Food delivery service.

The app offers free delivery for all orders within a six-kilometer radius until September 30, as it battles big competitors like Lineman, FoodPanda, Grab, and Robinhood.

AirAsia also came up with an attractive incentive campaign to draw new customers as part of its launch.

Besides no-cost delivery, it includes 30,000 free meals until September 16 at famous partner restaurants like McDonald’s, Cafe Amazon, and Flash Coffee.

Users can receive the special offer by using the code FREEMEALS, limited to 1,000 per day.

AirAsia Food announced districts Phayathai, Ratchathewi, Pathumwan, and Watthana would be added to the service.

Moreover, the company plans to expand to other regions, such as Chiang Mai and Phuket.

“Airasia food marks the beginning of our digital revolution in Thailand, and we are currently preparing for courier, grocery, ride-hailing and beauty services, which will be launched in coming weeks,” Ms. Woo said.

As part of its initial campaign, it also offers a 5% commission fee to food merchants from now until late October.

AirAsia announced last month that it had acquired Indonesia’s Gojek business operations in Thailand, including its food delivery service.

Gojek has transferred its resources and services to AirAsia digital, with more than 50,000 rider partners and 40,000 restaurant partners.