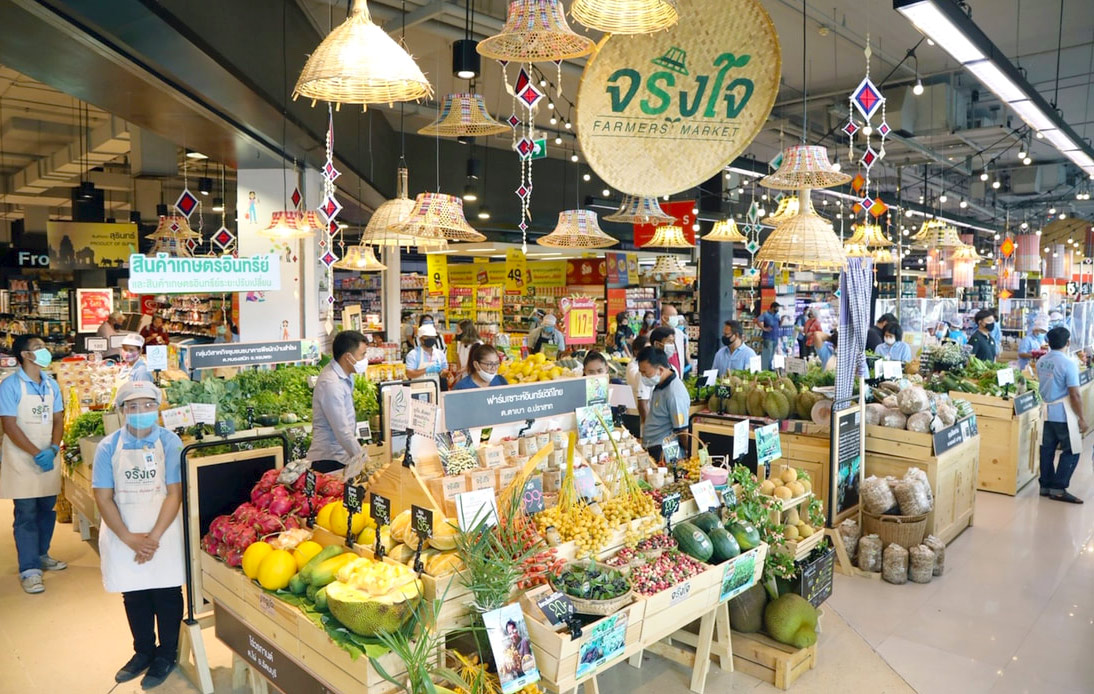 The flagship store will offer a wide variety of local fruits and vegetables and some highlights from all 77 provinces on the basement-level floor in front of Central Plaza Bangna’s Food Hall, promising a total of 290 items available.

The project seeks to support the grassroots economy, giving families and communities the opportunity to be self-sufficient, grow products in a sustainable way, and have steady incomes.

Additionally, Central stated that it would help 3,000 families in 46 communities and serve as a model for plastic-free markets, as it focuses on using local and natural materials to reduce waste and would encourage its customers to use their own shopping bags.

The store will also host demonstrations of various communities, including the water hyacinth weaving.

Besides, among its varied products, users will be able to find local vegetables, including rattan shoots from Sakon Nakhon, watercress from Yala, rough cocklebur from Rayong, coconut from Koh Phangan, neck orange from Songkhla, lava durian from Si Saket, and Nakhon Phanom lychee.

The market welcomes more than 5,000 enthusiastic visitors every weekend.

The flagship store in Central Bangna will become a model for another 10 locations planned to be opened in and around Bangkok later this year.