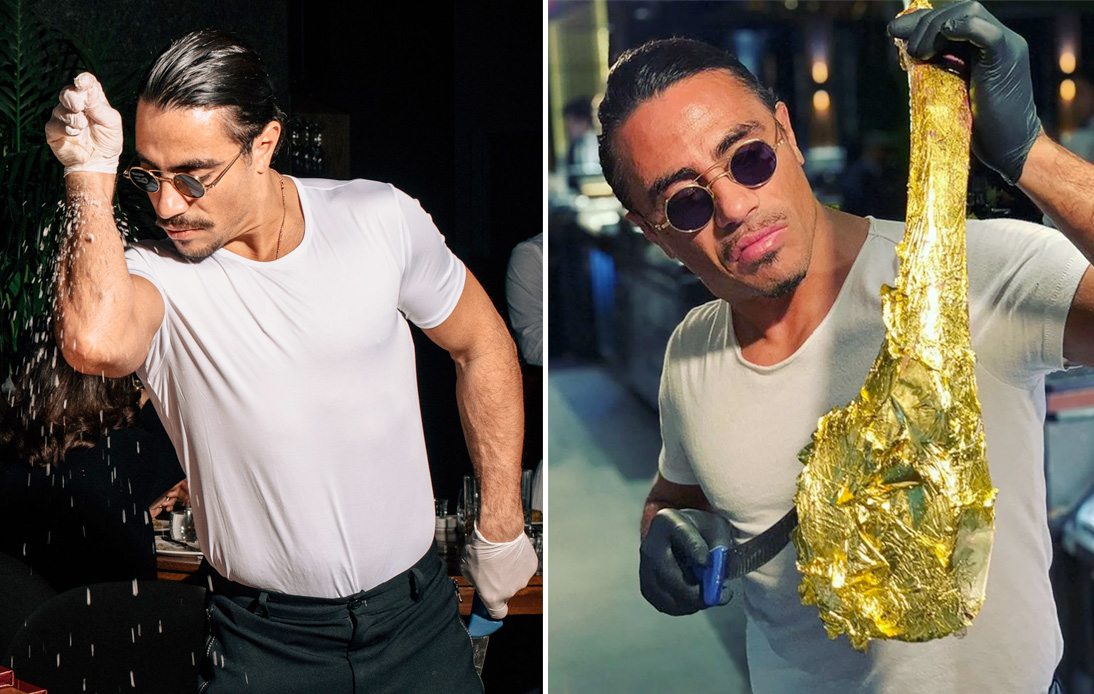 Salt Bae, the well-known food entertainer and chef who owns a chain of luxury steak houses, has made the news once again following the recent opening of his new London establishment, Nusr-Et Steakhouse.

The Dubai-based Turkish restaurateur, whose real name is Nusret Gökçe, has gained global attention for his flamboyant performances at his high-end venues around the world after taking social media channels by storm.

Now, the foodie icon is on everyone’s lips again for sparking people’s ire after charging customers at his new venture, located in the exclusive Knightsbridge area of South-West London, £44 (2,009 baht) for four cans of Red Bull.

Internet users were outraged, and Salt Bae was slammed when an angry diner shared his bill, which amounted to a whopping £1,812 (82,768 baht).

The most expensive item on the bill was a giant tomahawk steak covered in “gold leaf.” The diner paid £630 (28,770 baht) for the outlandish dish.

Desserts, ranging from sorbets, ice creams to baklava, are offered for £25 (1,141 baht) each and do not appear to be what you might class as being generously portioned.

But one thing that has really bothered people is that even the drinks have been way overpriced, with a Coke reportedly costing an eye-watering £9 (411 baht).

According to the restaurant booking website Square Meal, dining at Nusr-Et Steakhouse’s will cost you on average over £80 (3,653 baht). However, the website menu does not provide exact details on its dishes’ prices.

People have learned of the high costs when eating at the restaurant from reading comments on social media platforms, where people have expressed their outrage.

“It’s cheaper to fly and have food at Salt Bae’s Turkish restaurant than to go to the London one,” a Twitter user angrily wrote on Wednesday.

Salt Bae gained popularity after his meme, called “salt sprinkle” by netizens, went viral across social media platforms back in 2017.

Since then, he has expanded his 15-branch restaurant chain to a number of first-class locations, including Dubai, Miami, and New York.

His steakhouse in London had its grand opening last week after first being announced five years ago.