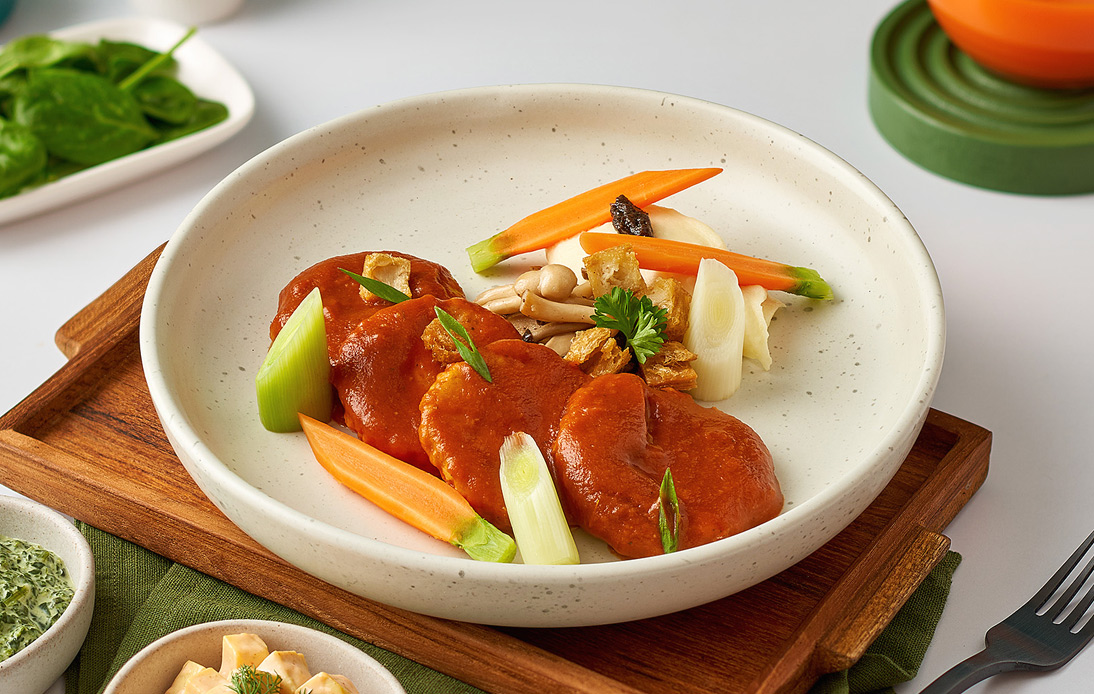 PAUL, the upscale bakery/café restaurant chain of world renown, has recently teamed up with CP Foods (CPF), manufacturer of the widely popular plant-based Meat Zero products, to launch Flexitarian Platters at their branches. There are several Meat Zero menus in one platter, giving customers a decent selection of meat-free items to try all at the same time.

Over 130 years old, PAUL was founded in Croix, Northern France, and focuses on serving high-quality French products including sandwiches, croissants, macarons, cakes, pastries, coffee, and more. They operate in 46 countries in total, with 7 main branches in Thailand and various pop-up stores, having launched in 2014 to appeal to both expats and Thais, placing strong emphasis on using only the very best ingredients for all of their dishes.

Meat Zero was launched by CP Foods in May of this year, bringing out a wide variety of plant-based meat alternatives such as bologna sausage, chicken nuggets, minced pork, crispy pork and pork burgers that are made from high-fibre, non-GMO soy, which keeps cholesterol levels in check, as well as other foodstuffs such as pea, wheat and corn.

Flexitarianism: Think of It As ‘Casual Vegetarianism’ 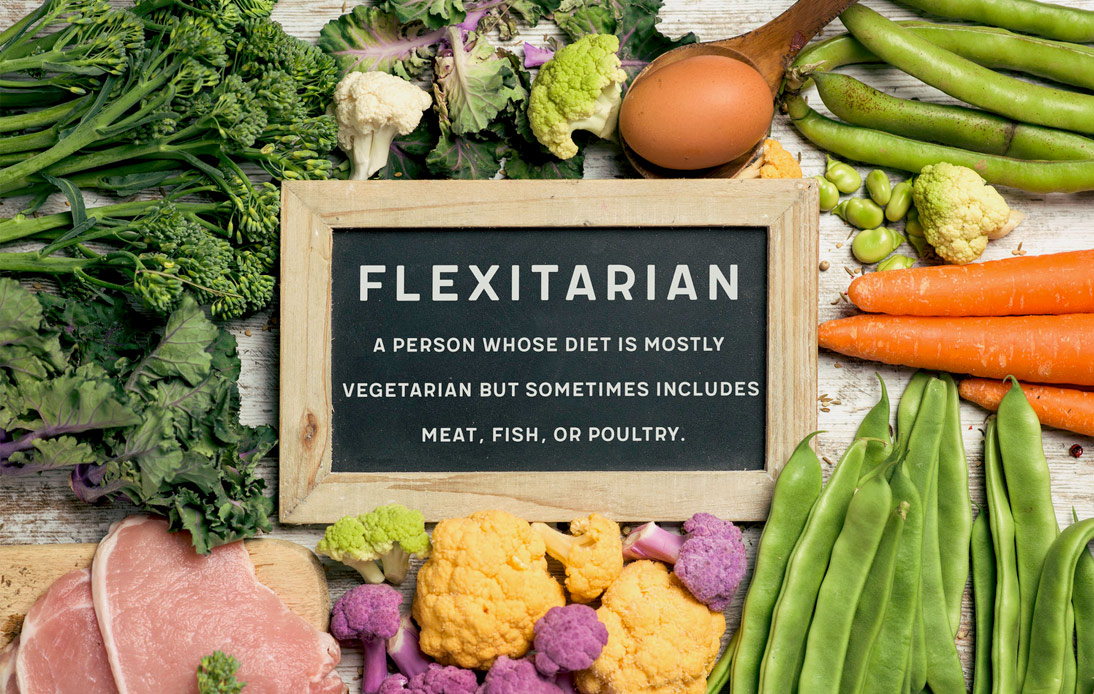 The word flexitarian comes from simply joining up the two words flexible and vegetarian. Having a casual, flexible approach to vegetarianism has been fashionable for a few years now and interest continues to grow with followers being able to eat fruit, vegetables, and grains without giving up meat entirely: ribs, steaks and burgers are all still on the menu.

You can think of flexitarianism as a ‘semi-vegetarian’ way of eating since this plan pushes the basic principles and benefits of a plant-based diet, along with the inclusion of animal proteins to a lesser extent. Flexitarian does not mean becoming a “lazy vegetarian” – in fact, this is a regimen conceived to actively decrease consumption of meat products.

Veggie-focused favourites, such as tofu and quinoa, are likely to become a flexetarian’s staples, however no foods are removed or strictly forbidden. The amount of these items that a flexetarian has shall come down to how far along they are on their dietary journey, as the different levels of flexitarianism determine how often one can consume meat.

A Sumptuous Platter for Lovers of Plant-Based Food 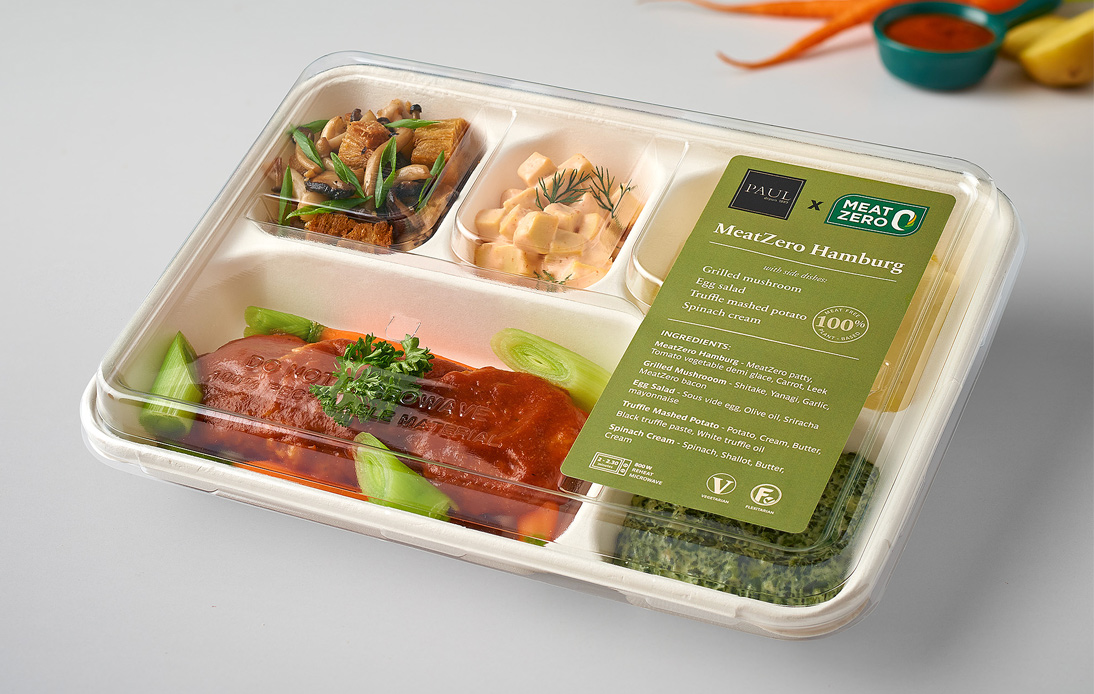 Adapting to flexitarianism can be unmistakably challenging, especially when it comes to unearthing solid options of plant-based food choices, prepared in such a way that you’ll actually enjoy them, and decent enough to be eaten on a regular basis. The PAUL chefs cook their Flexitarian Platters in PAUL’s signature style so that patrons, whether beginner or long-term flexitarians, now have a tasty vegetarian meal to help them on their way.

The Meat Zero Hamburg Flexitarian Platter, as can be seen above, is comprised of three well-seasoned Meat Zero Hamburg patties, topped with a savoury tomato and vegetable demi-glace, and accompanied by bâtonnets of crunchy carrots and leeks. This is a lovely medley, and the Meat Zero has a noticeably similar taste and texture to actual meat.

Their Grilled Mushroom side dish, one of four included, is impressive – Meat Zero bacon features along with finely chopped garlic, and a mix of shitake and yanagi mushrooms. It tastes scrumptious, as does the Truffled Mash Potato – potato, black truffle paste, white truffle oil, cream and butter combine to give an earthy, mushroomy taste sensation. 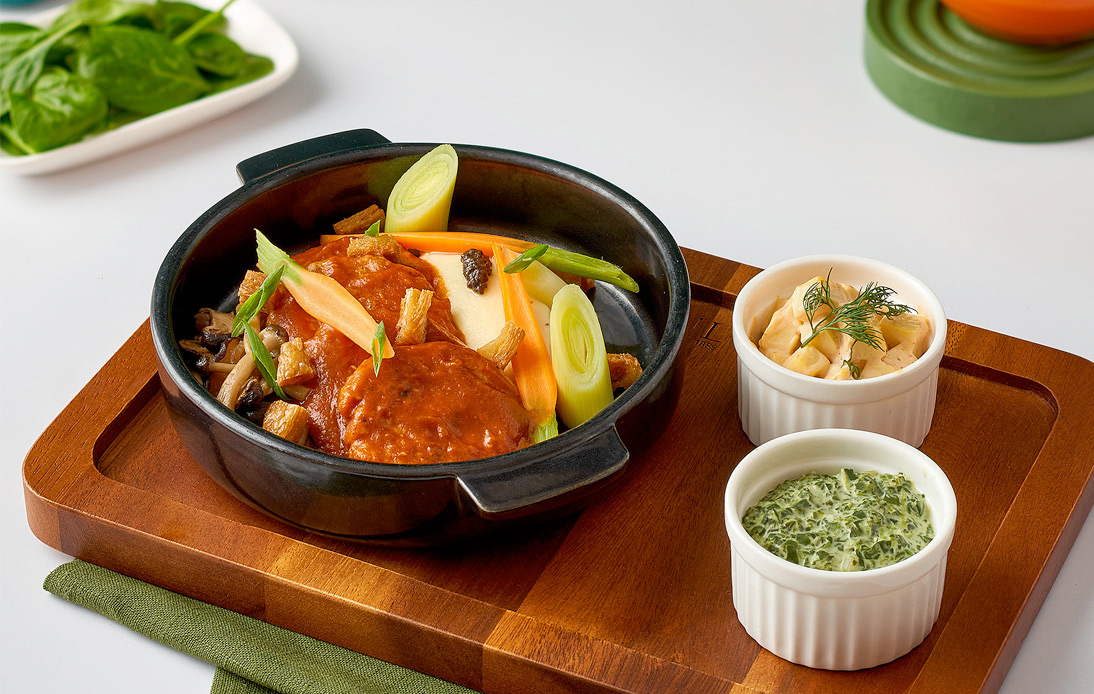 The Egg Salad, and the Spinach Cream, as seen above, stand out for us as PAUL’s tastiest sides: sous-vide eggs, olive oil, and sriracha mayonnaise are the only three ingredients of the Egg Salad, which is very flavoursome and surprisingly filling. Their Spinach Cream is a combination of tender spinach, shallots, butter, and cream – the rich sauce is a revelation.

PAUL charge a reasonable THB 280 per Flexitarian Platter – the healthy boxes are sure to fill you up and help you to have more plant-based foods in your life. They’re now available for dine-in at participating PAUL locations, to takeaway, or to have delivered to your home.