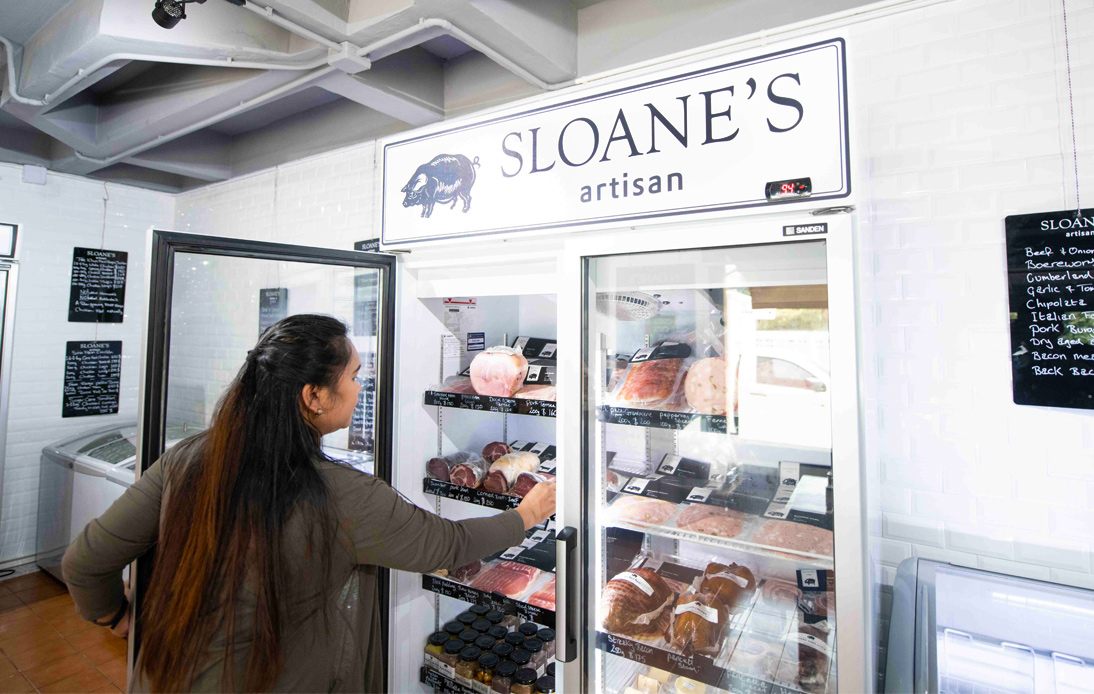 Sloane’s is the brainchild of British former chef Joe Sloane, who founded his well-known food company in 2011 with a philosophy of a nose to tail approach and an aim to supply Thai businesses and consumers artisanal meat products of the very highest quality.

Prior to launching Sloane’s, Joe had spent 15 years working in high end restaurants and Michelin starred venues, where he learnt to master butchery and basic charcuterie. His passion for the rural British tradition of nose to tail eating, which is, making use of every part of the animal, came about when he was a chef at a London establishment that regularly procured whole pigs, lambs and deer for use in their kitchen.

The “no waste policy” of Sloane’s has seen the business evolve into producing a range of delicacies, which started with great British bangers, before later adding steaks, cold cuts, bacon, burgers and pies to their line-up. Many expats and Thais alike have been flocking to their recently-opened store in Bang Na that has a focus on higher welfare, ethically raised products which are not so easy to find in Thailand. 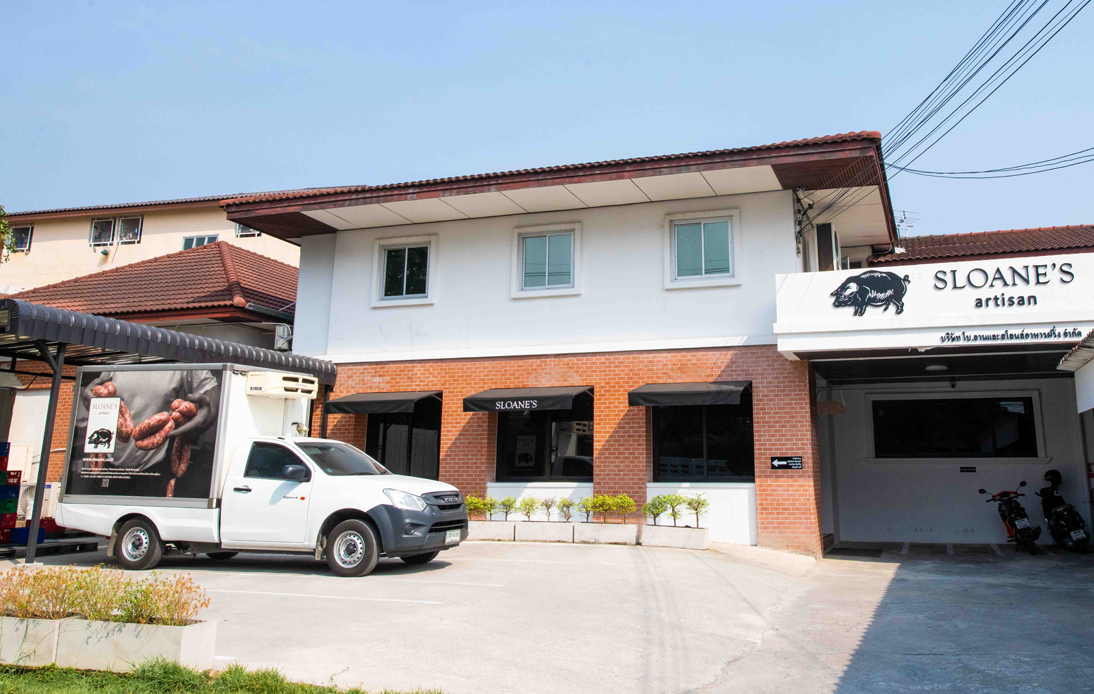 The Sloane’s shop, located close to Bangkok Patana School, is on Soi Lasalle 29 and opened back in August 2020. Fans of the brand can browse for their favourite Sloane’s items all in one place as well as ask their staff any queries that they may have.

In 2021, there is an impressive selection of Sloane’s range of specialities that have been very popular with their customers. 10 years ago when the company had just started, they quickly rose to prominence when their superb free-range sausages took Bangkok by storm, being sold at one or two select eateries to widespread acclaim.

Soon after, they were asked to supply Villa Market supermarkets, which are known as the go-to for foods that are best-sellers amongst foreigners. This relationship has gone from strength to strength: Sloane’s is now one of the most in-demand brands at Villa, with Central Food Hall and Gourmet Market also selling their products. 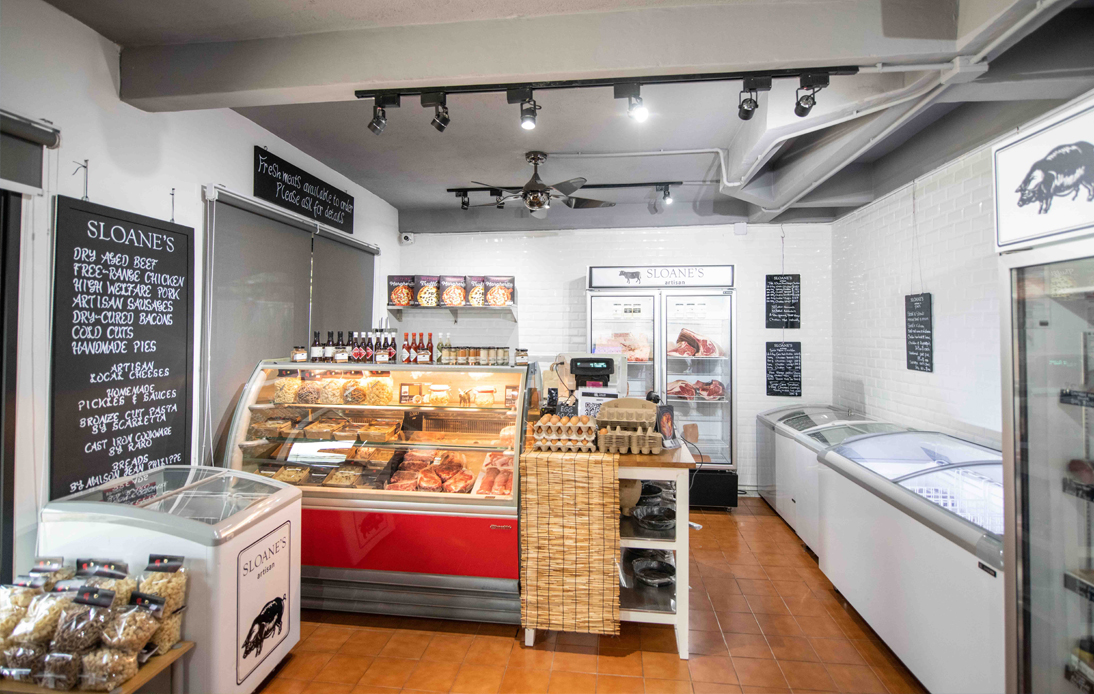 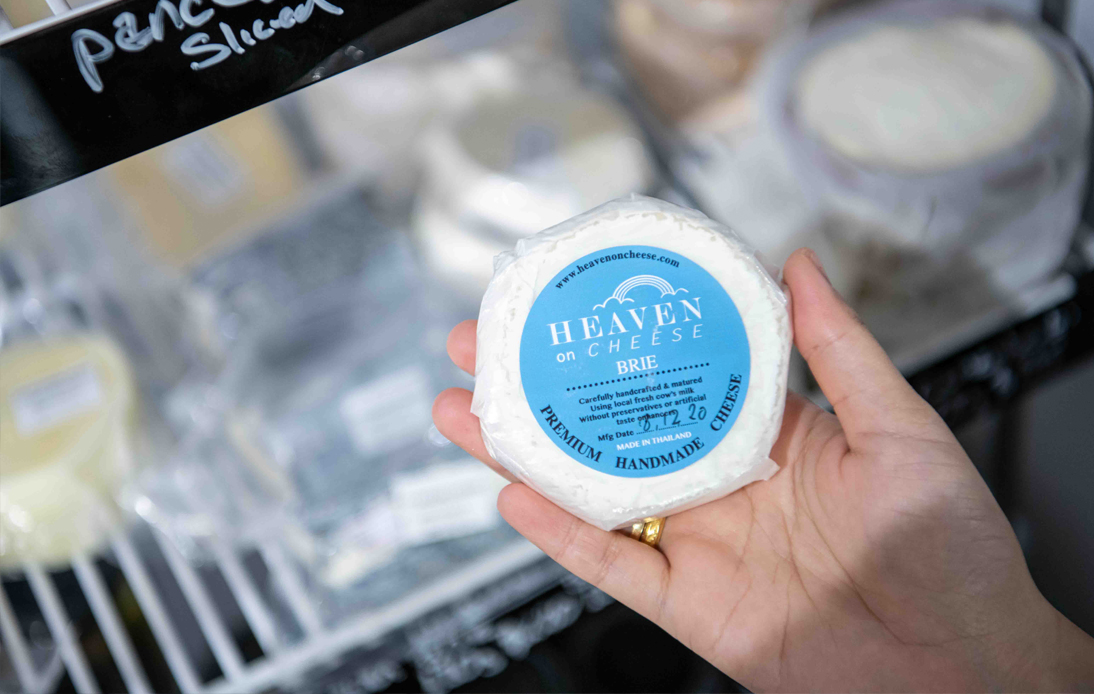 Within this new store, as well as an abundance of delectable meats there’s also a decent selection of products made by local artisans. Joe’s long-standing friendship with chefs Duangporn ‘Bo’ Songvisava and Dylan ‘Lan’ Jones of Bo.lan fame saw them become partners at Sloane’s, and Bo.lan Grocer’s top-selling items can be found on sale.

Some of the premium goods that have been sourced with care and passion by chefs Bo and Dylan include natural seasonings such as salt and sugar, black pepper and garlic oils, and shrimp paste. The Serial Pickler is another well-loved brand that can be found at Sloane’s with their fantastic range of crunchy pickles and tasty sauerkraut.

You can also find homemade Korean kimchi from Changwon Express, a top selection of cheeses from Heaven on Cheese, and Raro cast iron pans and Dutch ovens for your cookware needs. Foodies will love all that’s on offer at this one-stop shop.

There Is Something for Everyone at This Artisan’s Emporium 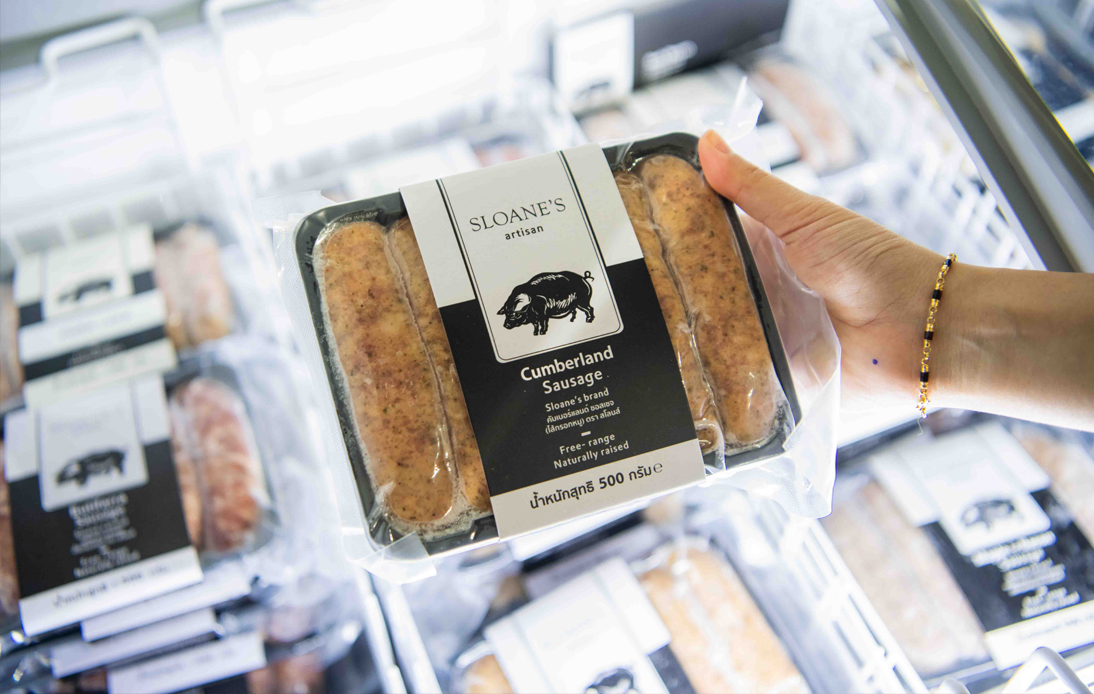 You will be spoilt for choice at the Sloane’s shop when it comes to the extensive selection of items to take home; with their sausages being hugely popular with customers for such a long time, they have made sure to offer a variety to suit any taste. The Cumberland, the classic British pork sausage, has been perfectly seasoned with nutmeg and black pepper to enhance any breakfast, lunch or dinner.

Aside from their best-selling Cumberlands, they also have other superb sausages to try: Lincolnshires, a British favourite mixed with sage and marjoram, American-style Maple and Smoked Bacon Sausages, herb-free English Breakfast Sausages, and French-style Toulouse Sausages with red wine, garlic and quatre epice are all delicious.

Meat connoisseurs will be delighted to hear that Sloane’s also offer speciality dry-aged beef products such as the Double Cote De Boeuf, as can be seen below. This succulent cut is from Thai Angus rib, cut on the bone with the cap left on having been aged for 28 days, and is perfect for tomahawk steaks or a great roasting joint. 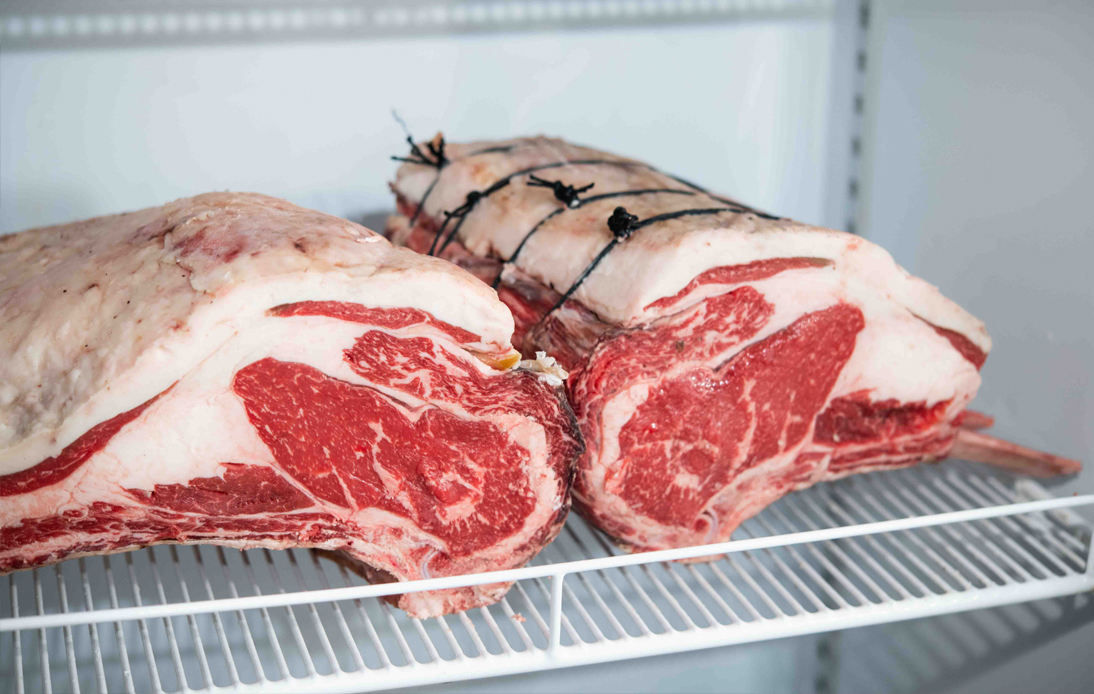 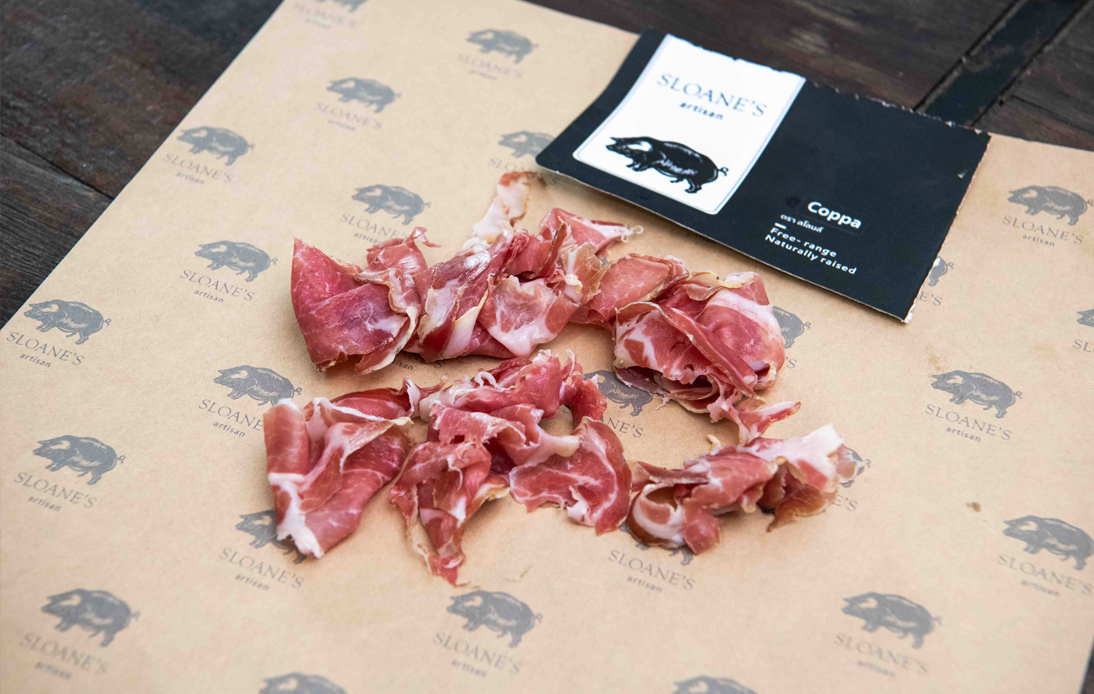 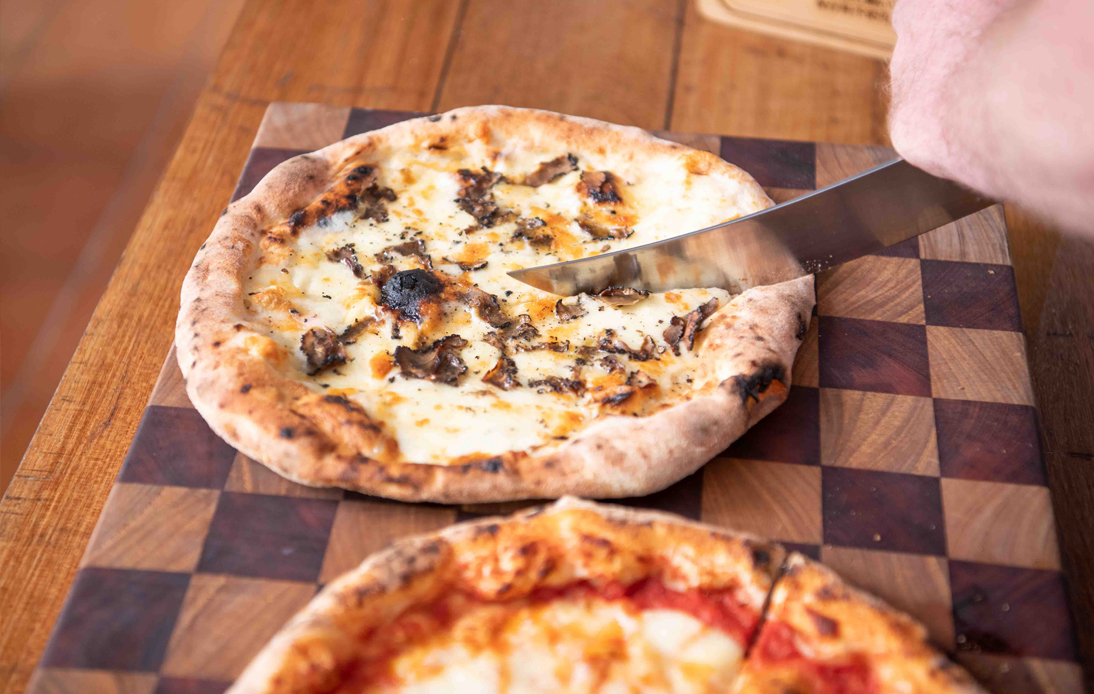 Customers have a wide selection of cold cuts to choose from, ranging from the highly regarded Coppa Ham through to Smoked Ham Hock, Corned Beef, Mortadella, Pastrami and Pepperoni. The Coppa Ham contains pork collar which has been slowly cured with spices and dry aged for 3-4 months, before being thinly sliced for maximum enjoyment.

Sloane’s have recently collaborated with well-known Italian food purveyors Peppina on some delicious frozen pizzas that are worthy of being served in any great pizzeria. The Margherita Pizza by Peppina Gelo sees this classic being made using slow fermented pizza dough and topped with Peppina’s tomato sauce, mozzarella and basil, with the acidity of the tomatoes and a hint of sweetness from the basil working well together.

Peppina Gelo’s Truffle Pizza is also hand formed and baked in a stone oven, with the soft dough providing the perfect cushion for all that cheesy goodness: mozzarella, parmesan, truffle oil and freshly shaved truffle all combine wonderfully, packing some serious flavour punch into this 10″ pizza. The rich taste of truffle is well-balanced with the fruity and nutty aromas emanating from the parmesan to deliver an undoubted taste sensation. 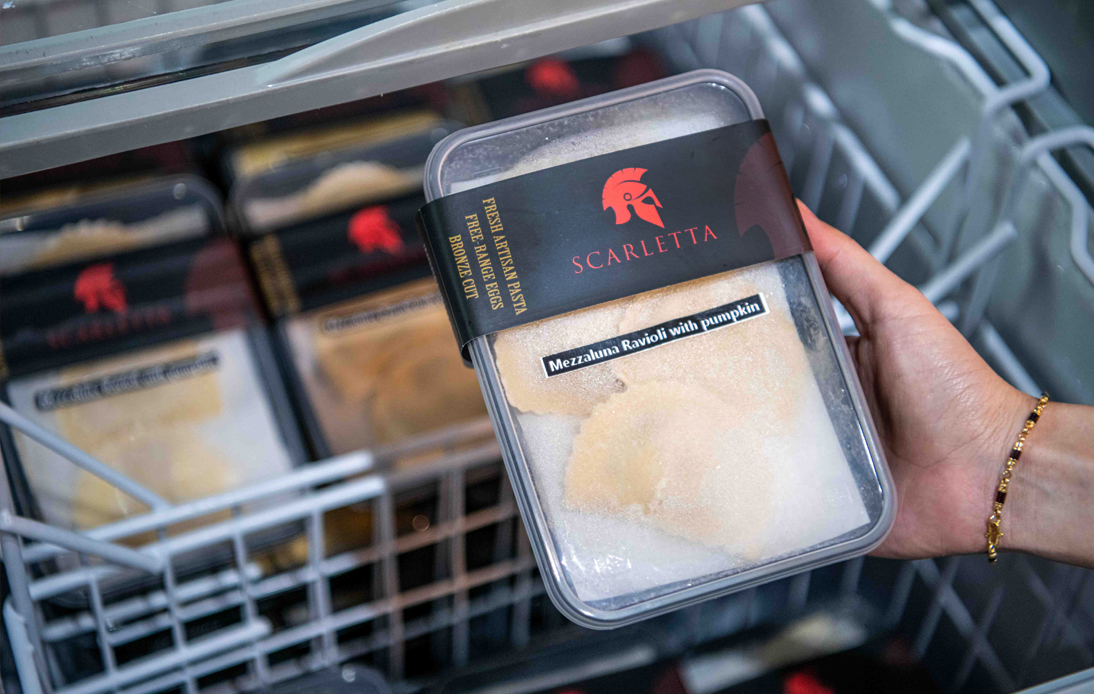 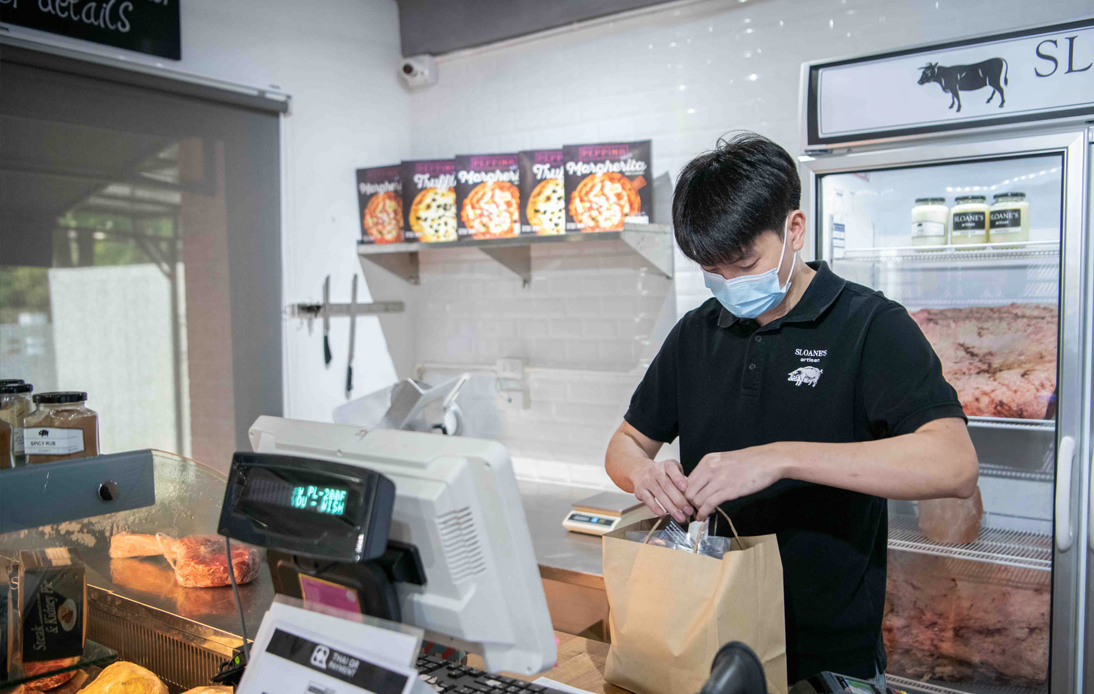 Visitors to the Sloane’s shop can also peruse the artisan fresh and dry pasta range from Scarletta, the sister company of Sloane’s. Made with a Bottene pasta machine, one of the world’s most premium pasta machines, it uses bronze-cutters to result in a more textured pasta, which is known to cook better and more effectively absorb sauces.

Staying true to traditional pasta-making methods and the Sloane’s belief in using produce from higher welfare animals, the pastas are produced from imported Italian semolina and free-range eggs. Some of the shapes to look out for are the fusilli, mafalde, rigatoni and gigli, which, like everything else at the shop, have been carefully crafted.

The Sloane’s shop is at: 53/21 Lasalle 29 Alley, Bang Na. You may also wish to visit the Sloane’s website for quick, convenient and hassle-free shopping: www.sloanes.co.th is their online home, with delivery available nationwide.