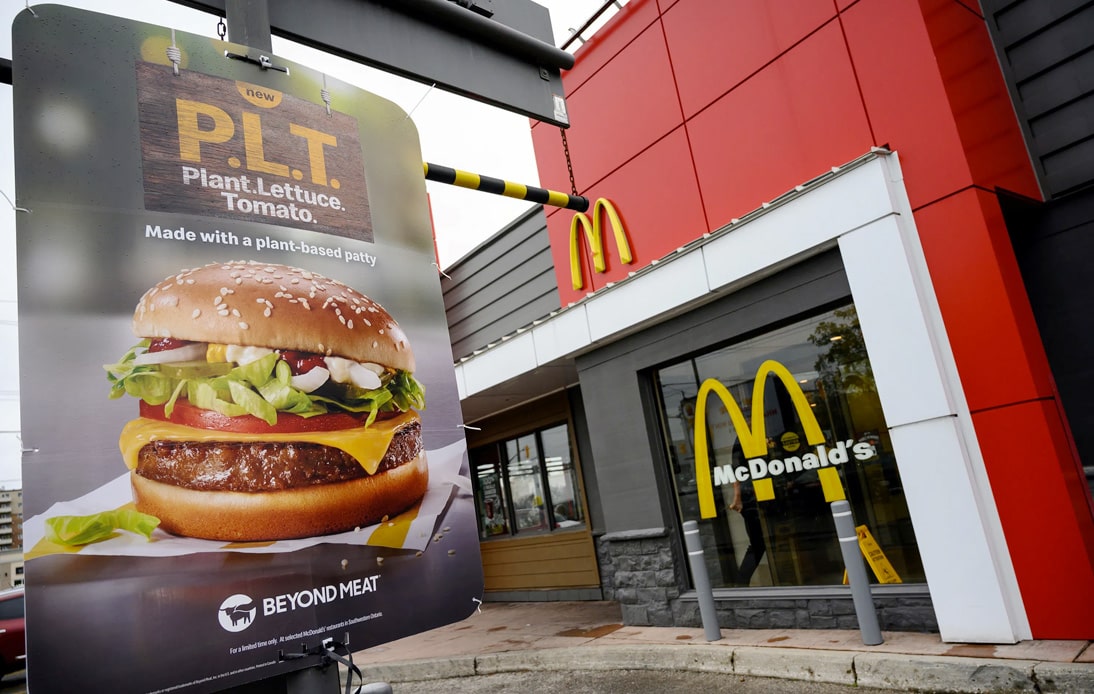 McDonald’s, one of the world’s most popular fast-food franchises, announced that it would introduce new hamburgers and other plant-based options in 2021.

These meat alternatives will belong to their line called “McPlant”.

The fast-food giant said it would offer plant-based burgers, chicken substitutes, and sandwiches for breakfast, which will reach several markets throughout 2021.

According to forecasts by Barclays Bank, the consumption of meat alternatives might $120 billion (£ 106 billion) by 2029.

McDonald’s had already launched a plant-based burger in Canada with the support of plant-based meat producer Beyond Meat.

However, Beyond Meat shares plunged 8% after McDonald’s announced that it was unclear who would supply the fast-food franchise with meat alternatives.

Ian Borden, who heads McDonald’s international operations, said: “We are excited about the opportunity because we believe we have a proven, delicious-tasting product.”

But McDonald’s is a little late to the market for plant-based dishes.

Other fast-food chains such as its rival Burger King, White Castle, and Dunkin’ Brands Group have already introduced plant-based burgers.

People have created movements that endorse meat substitutes primarily motivated by the environment and animal welfare. There is also concern about the health effects eating meat may have.

McDonald’s is trying to expand its menu in an increasingly competitive market. However, the franchise still relies on its flagship products like the iconic Big Mac, its McNuggets, and French fries.

These fast food options represent around 70% of its sales in key markets.

On Monday, McDonald’s reported earnings that outpaced the market in its third quarter. But it declined to say which supplier it would use for its new McPlant product line.

However, Beyond Meat insists that it is still involved in the launch of this new fast-food alternative.

In this way, the company said: “Beyond Meat and McDonald’s co-created the plant-based patty which will be available as part of their McPlant platform”.

The announcement of the creation of McPlant is part of a new McDonald’s business strategy. The fast-food chain, under the slogan “Accelerating the Arches”, will bring other significant novelties in its food offer and its purchase, delivery, and loyalty services in order to recover the sales levels that the pandemic brought down.