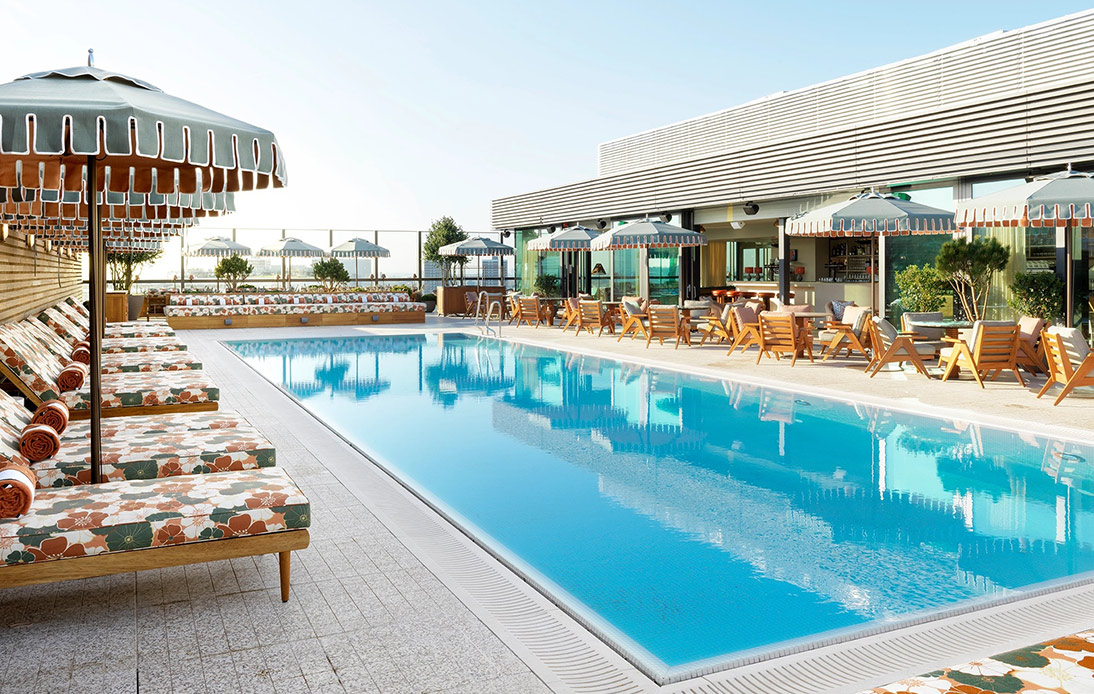 Soho House is coming to town! After a long wait, Soho House fans will have the opportunity to visit the quiet oasis to relax and get away from the noise without leaving Bangkok.

The brand’s first house in Southeast Asia lands in the shimmering Thai capital, featuring an in-house restaurant, dining area, social spaces, and a spot for those who love to soak up the sun’s rays; a majestic outdoor pool.

Standing in the vibrant neighborhood of Sukhumvit, Soho House Bangkok has been designed as a hub for the city’s creatives, food enthusiasts, and design lovers.

Its club space in the capital is part of Soho House’s expansion plans to new locations in 2022, as the brand’s heading to the Southeast Asian region for the first time, South London and Miami while growing its hospitality and restaurant empire.

Soho House offers the young creative class spaces where they can enjoy their youth and exploit their creativity together, including spas, projection rooms, hotels, and swimming pools.

But the world-renowned brand encompasses much more than famous exclusive clubs. Soho House has restaurants that anyone can go to around the world, becoming a global hotel and restaurant leader.

The first Soho House was opened by restaurateur Nick Jones in London in 1995, after a space above his modest French restaurant Café Boheme became vacant.

Focused on London’s social scene, the members-only Soho House stood out as a stuffy club considered a hallmark of the city and attracted all the creatives who flocked to Soho, especially youths working in film and media, hoping to become a place where people feel comfortable with themselves.

Following the Soho House on Greek Street, the brand opened a country version of its first club, Babington House in Somerset. In just eight years, Jones proudly announced the debut of Soho House in New York.

The Big Apple club was followed by Soho House in Los Angeles, becoming the biggest club in Hollywood and a high-voltage magnet for A-listers and businessmen, as the Hollywood Reporter described.

As of 2012, the brand has been committed to its international expansion, consolidating its presence in the global hospitality scene with clubs and restaurants open to the public from Toronto to Istanbul.

Now, in 2022, Soho House is coming to Bangkok and other destinations offering creativity-driven membership policies and promising to give people everything they want: a nice bed, a nice plate of food, a nice drink, a nice massage.