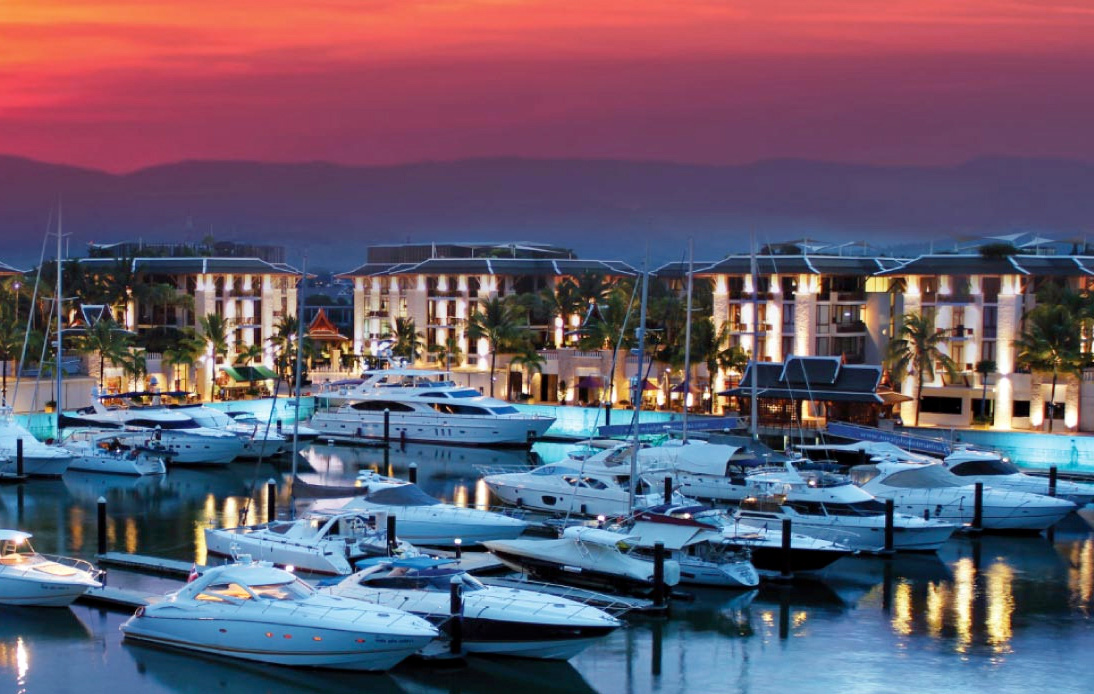 The aware award-winning Royal Phuket Marina has been designated as the ideal venue to host The Thailand International Boat Show, from 6-9 January 2020, expecting to attract high-income people from all over the kingdom and abroad.

The event comes as the first planned boat show in two years and the only one to be staged at a Thailand major marina.

The public and private sectors see the Thailand International Boat Show as a platform to promote Phuket’s and the country’s marine leisure tourism to the world.

David Hayes, CEO of organizers JAND Events, said the show would be the first international event of its kind to be held since the resort island reopened to international visitors in July.

“We’re working closely with the local and central government, and are aligned on the national agenda to reopen the country to international visitors. We support the government’s plans and, together, we’ll help to shine the light again on Phuket and Thailand’s world-class marine tourism,” he stated.

After Phuket’s successful reopening, Thailand decided to open its borders to reactivate its post-pandemic economy battered, and Thailand International Boat Show’s organizers had been working hand-in-hand with stakeholders to achieve it.

Government agencies and provincial authorities have supported the event, saying that it has been a strong collaborative effort between the private and public sectors to boost the local economy.

With an influx of national and international visitors during a four-day extravaganza, the Thailand International Boat Show would benefit the hospitality and tourism industries.

During the show, there will be a wide range of boats for sale and charter, including some from the market’s most recognized marine brands such as Oryx, Fontaine Pajot, Majesty Yachts, ILIAD, Silvercraft, LEEN, NEEL, Nomad Yachts, Ocean Voyager, Stealth Catamarans, Corsair Marine, Integrated Marine Service, Rapido and more.

Also, in a new innovative marine market, attendees will be able to purchase all kinds of nautical products at reasonable prices.

The Thailand International Boat Show is considered a “must attend” event for the yachting industry’s players, who see the Southeast Asian region as the ultimate yachting frontier. Besides boats and marine things, they can enjoy an exhibition of luxurious cars, expensive motorcycles, exclusive watches, and more.

High-end realtor Coldwell Banker will also showcase its luxurious and beautiful properties in Phuket and the southern Thai isles, promising comfort and a leisure marine lifestyle at their doorstep.

For more information on this must-see event, visit www.thailandinternationalboatshow.com.