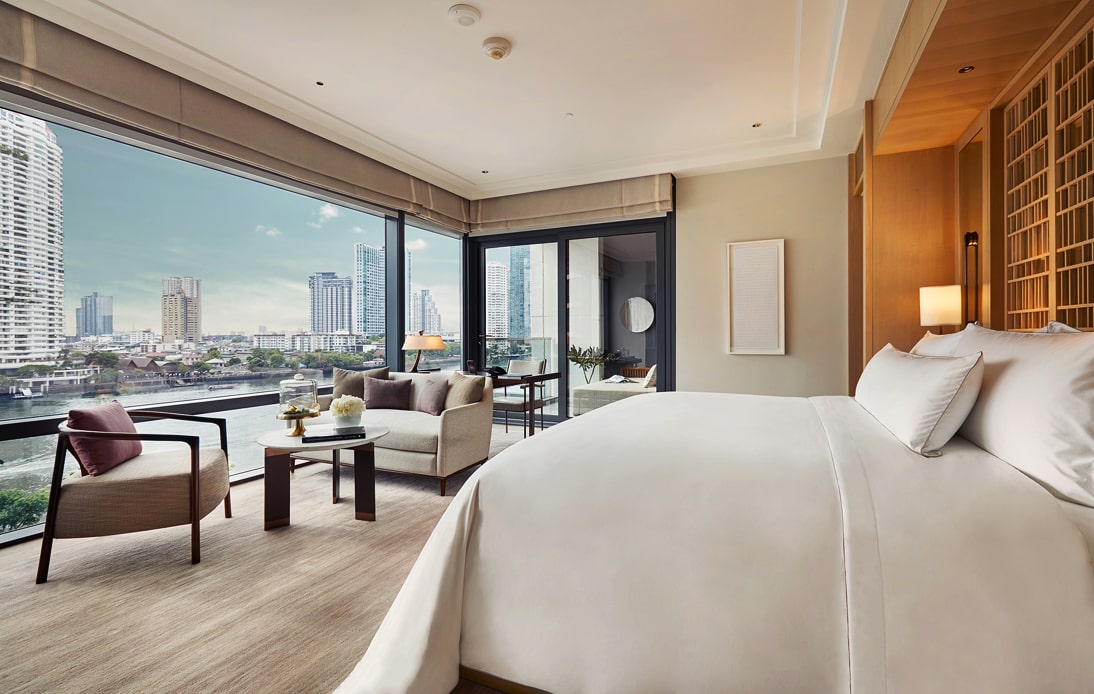 Travel restrictions related to the Coronavirus pandemic have decimated the tourism industry, and nowhere has been more affected as a nation than Thailand. In 2019, spending from foreign tourists amounted to 1.93 trillion baht ($59.98 billion), or 11% of GDP in 2019, and estimates by the Tourism Authority of Thailand made in May projected that by the end of this year the country will have seen 65% less tourists than they had initially expected to receive before the global outbreak of COVID-19.

Bangkok, as the most-visited city in the world for the last four years according to Mastercard’s Global Destination Cities Index, will be expected to lead Thailand’s tourism charge when travel returns to any degree of normality. Leading up to this, the Thai capital will see a string of luxury hotels open their doors within the next few months, hoping to entice locals and expats in the meantime for in-country trips and staycations, attracted by exceptional facilities and lower-than-normal rates. 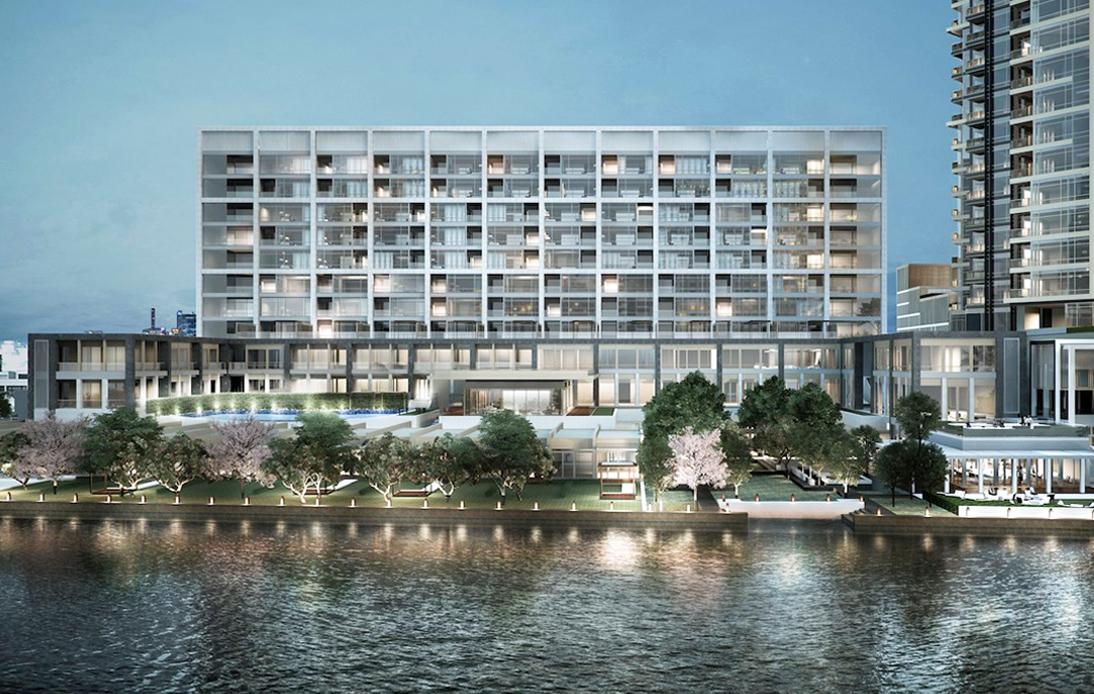 Singapore-based super-luxury brand Capella’s first hotel in Thailand is gearing up to open to the public in October this year and the event is being awaited eagerly by fans of the prestigious brand in the capital city.

The hotel was initially scheduled to open in the summer of 2018 but the project was incessantly delayed due to several factors. Thankfully, according to recent estimates, Capella Bangkok’s opening has been finalized for October of this year.

The property has been constructed to house 101 suites and villas overall, each of them with stunning river views. A 9,000 sq. ft. spa and an outdoor pool will also serve as major attractions.

Dining will be another major draw-in, with Head Thai chef Whichian “Lek” Trirattanavatin, drawing in inspiration from the old city’s cultural heritage for his preparations. Cote by Mauro Colagreco is another exciting venue for dining that the hotel will host. 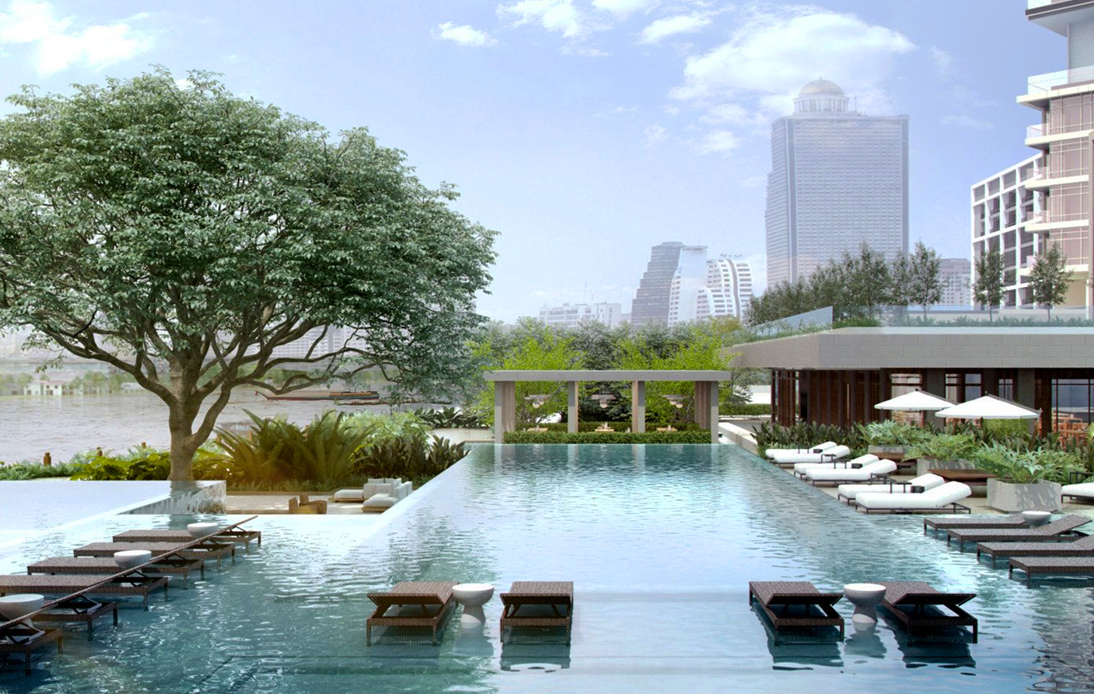 The new Four Seasons Bangkok is also situated along the east bank of Chao Phraya River, in close proximity to Capella Bangkok. The opening of this world-class hotel is also scheduled for October of this year.

The hotel has been designed by renowned architect Jean-Michel Gathy and, while facing the river, the property will also incorporate several water-based features.

“We aim to connect guests with the river in many ways,” explained Lubosh Barta, General Manager at the Four Seasons Bangkok. “There are bodies of water as guests enter into the hotel and there are cascading waterfalls throughout the hotel which lead to the river.”

The property will incorporate 299 rooms along with several other amenities such as two infinity pools, a private boat dock, and multiple F&B highlights. This includes the BKK Social Club bar and the Cantonese-inspired venue Yu Ting Yuan, with a show kitchen led by Michelin-starred chef Qui Xiaogui. The venue will also feature Riva del Fiume, featuring indoor and outdoor dining on three terrace levels. 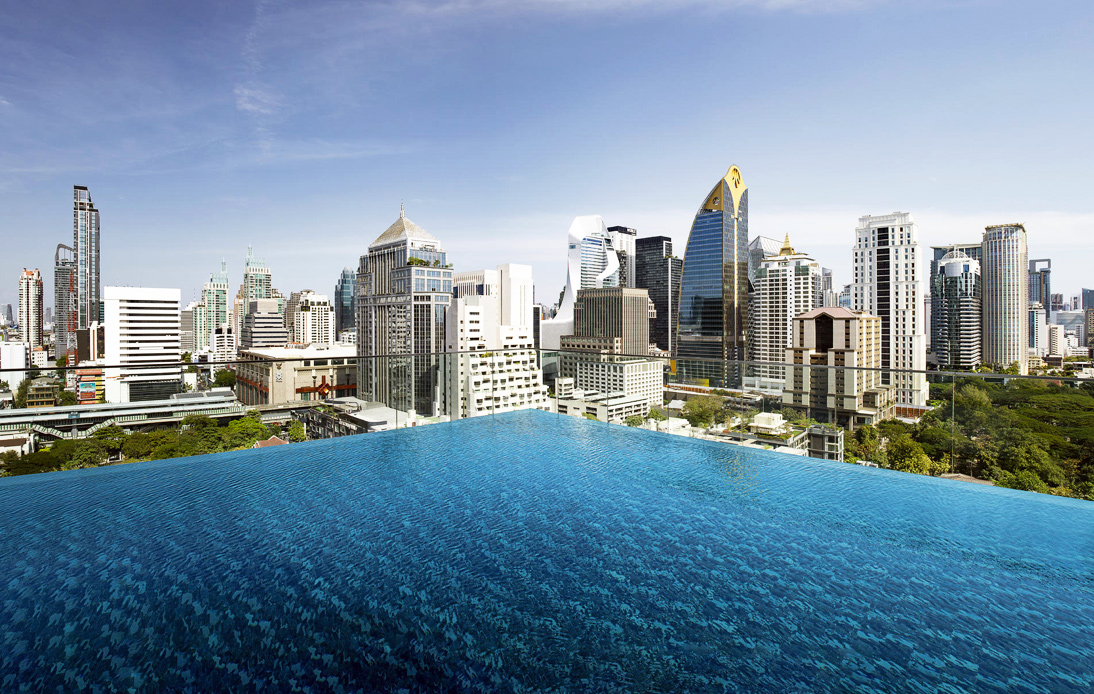 Langsuan, which was previously a laid-back, low-key Soi, has been completely transformed in the last few years. Previously, it was home to several old villas, apartment buildings, as well as a few select dining venues, including Gaggan, which no longer operates.

Now, it is an extremely dynamic area. The streets are lined with many new residential buildings as well as mixed-use towers, running from Chidlom Skytrain down to Lumphini Park. Needless to say, the latest hotels, including Sindhorn Midtown, have played a crucial role in facilitating this change.

Although the brand is relatively new, it does not compromise on the levels of luxury, with its 344 rooms being of the highest order. Eight Inc, who were instrumental in setting up Apple’s iconic flagship store in New York, is responsible for the interior architecture and design. A specialist rum bar, a Horizon Pool on the 18th floor wherein cocktails and canapes are accompanied with beautiful skyline views, are amongst the many perks on offer. 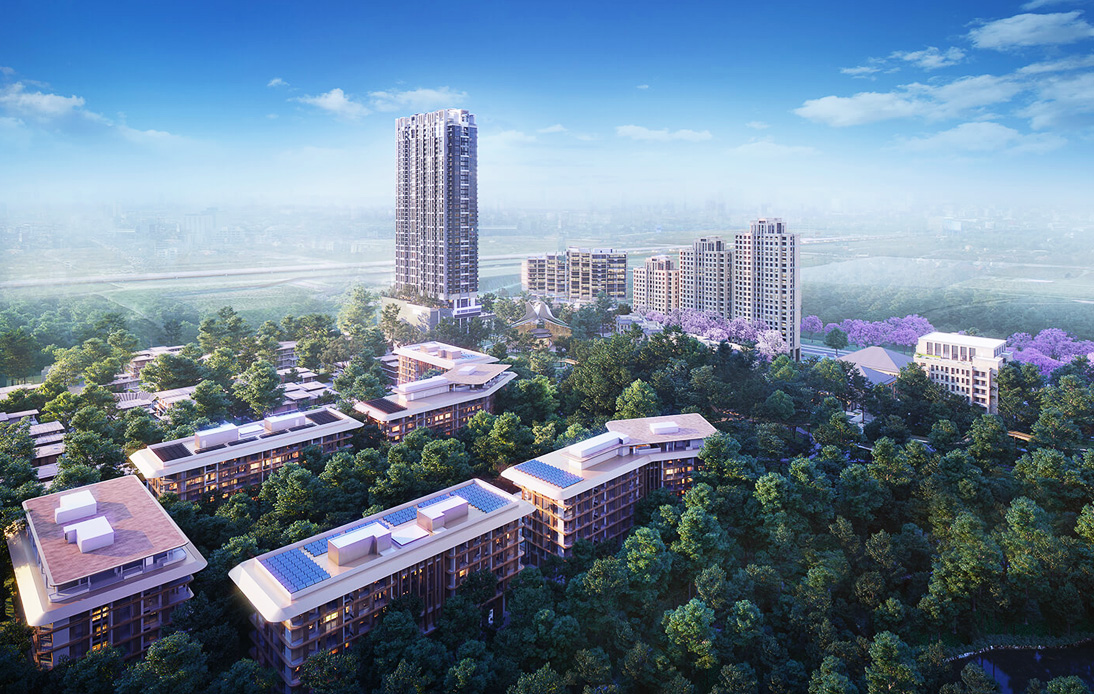 Six Senses is a brand that is synonymous with holistic living and barefoot luxury at any one of their idyllic properties across the world. Bangkok is noted for its congested and busy nature, so The Forestias, on the outskirts of the city in Bangna, seems like an ideal area to embark upon such a project.

The green development, spread over 64 hectares, is around 25 kilometers from Asok in the heart of Bangkok, with the aim of integrating a pleasant, sustainable and natural lifestyle ecosystem.

The first location in Bangkok for Six Senses, the property will encompass a 60-room hotel and 36 residences, with the group’s first membership club in Asia, under an agreement with international property developer Magnolia Quality Development Corportation (MQDC).

Six Senses The Forestias is expected to open in 2023, and gives the tourism industry hope that Bangkok, as the undisputed world capital of hospitality, will spearhead Thailand’s efforts to once again attract the most sophisticated of travelers.