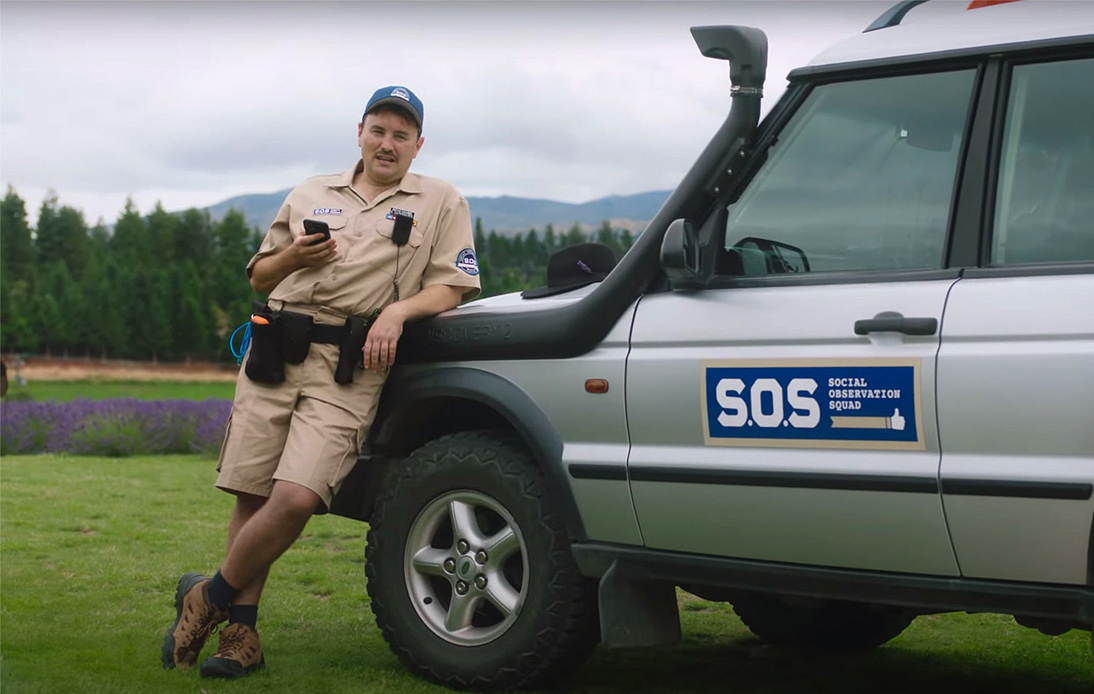 New Zealand’s tourism agency has launched a campaign urging travelers to stop imitating the mimicking influencers’ photos at tourist spots in the country and asking them to “share something new.”

The call for more original ideas was made through a tongue-in-cheek 2-minute video.

Comedian Tom Sainsbury appeared in the clip as a member of the “Social Observation Squad (SOS), saying the country is cracking down on travelers visiting some of the nation’s most famous landscapes “under the social influence.”

“I’ve been alerted to a situation that’s been happening a lot lately,” he said when the camping starts.

“People have been seeing those photos on social media, and they’re going to great lengths to copy them,” he added, urging people to avoid clichéd poses like the “hot tub back shot,” the “hot dog legs,” and the “summit spreadeagle.”

The funny video is part of a campaign that the New Zealand tourism office launched last year, after the COVID-19 pandemic forced them to close their borders, under the title “Do Something New.”

Besides, while pursuing the objective of motivating people to visit different parts of the country, the campaign also brings a contest.

Travelers can share their original photos – with no clichéd poses, of course – using the hashtag #DoSomethingNewNZ for the chance to earn a tourist prize: a national travel voucher worth 500 NZ$ (£ 262).

Bjoern Spreitzer, Tourism NZ Country Manager, said: “There are so many incredible things to do in New Zealand, beyond the social trends.”

New Zealand has many scenic spots, including the tree at Lake Wanaka and nearby Roys Peak – which have become favorite spots for amateur photographers and social media users. However, all people adopt the same poses and take identical pictures as the influencers’ ones.

In 2018, for instance, an image of people queuing to climb to the top of Roys Peak and take a photo went viral on social media.

The “Do Something New” campaign comes at a difficult time for New Zealand and tourists interested in visiting the country. On Tuesday, Prime Minister Jacinda Ardern announced that the borders would remain closed for most of 2021 but that she hopes to reach a travel agreement with Australia and other Pacific nations.

“Given the risks in the world around us and the uncertainty of the global rollout of the vaccine, we can expect our borders to be impacted for much of this year,” Ardern said.