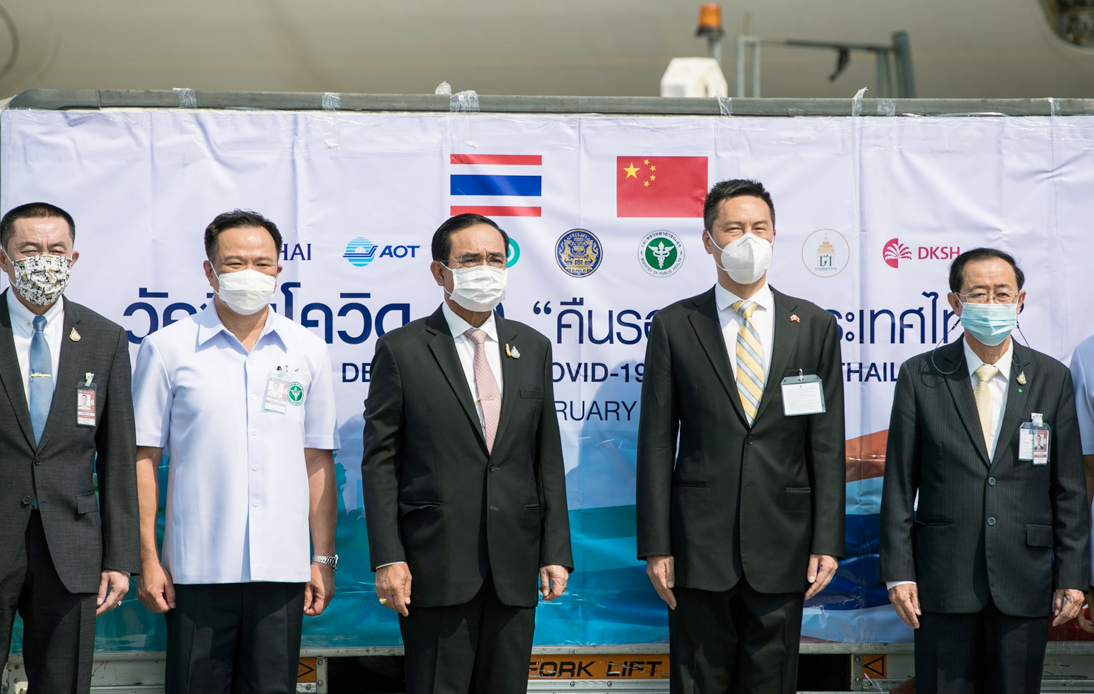 In a statement posted on its official Facebook account, the embassy said that each coronavirus vaccine that China had supplied to the kingdom represents the friendship and solidarity that the Chinese government extends to Thailand and its citizens.

Based on the vaccine’s clinical trials results, the Thai Food and Drug Administration (FDA) authorized the local use of Sinovac’s jab, which has also been approved by the World Health Organization (WHO) for emergency use, the embassy stated.They went on to explain that they had researched new coronavirus variants to test the vaccine on mutated strains, finding that it is effective in protecting against them.

Citing results of studies conducted by the Chilean Ministry of Public Health and the Indonesian government in August, the embassy argued that the Sinovac vaccine was not of poor quality as some people claim.

Those studies showed that Sinovac jab was 86% and 95% effective in combating mutated Covid-19 variants in Chile and Indonesia, respectively.

“The Chinese embassy urges them to stop this serious wrongdoing (devaluing the Sinovac vaccine and misguiding the public about it),” the embassy said, referring to those who have criticized the jab.

Deputy Prime Minister and Foreign Minister Don Pramudwinai expressed concern about false information, allegedly cited by the opposition in the censorship debate, to “misguide” Thais about the Sinovac vaccine.

Ministry’s spokesman Tanee Sangrat stated that Don Pramudwinai was concerned that misinformation about the Sinovac vaccine would harm relations between China and Thailand.

The vaccine has been administered in 39 countries worldwide, the minister said, adding that attempts to devalue the jab for personal gain had dealt “a blow to the country’s good relations with “a good friend.”

“Some of the information presented by the opposition about the quality of the Sinovac vaccine contained errors,” he added.

Moreover, anti-government protesters and activists have protested to demand the government to obtain better quality vaccines, referring to mRNAs alternatives.