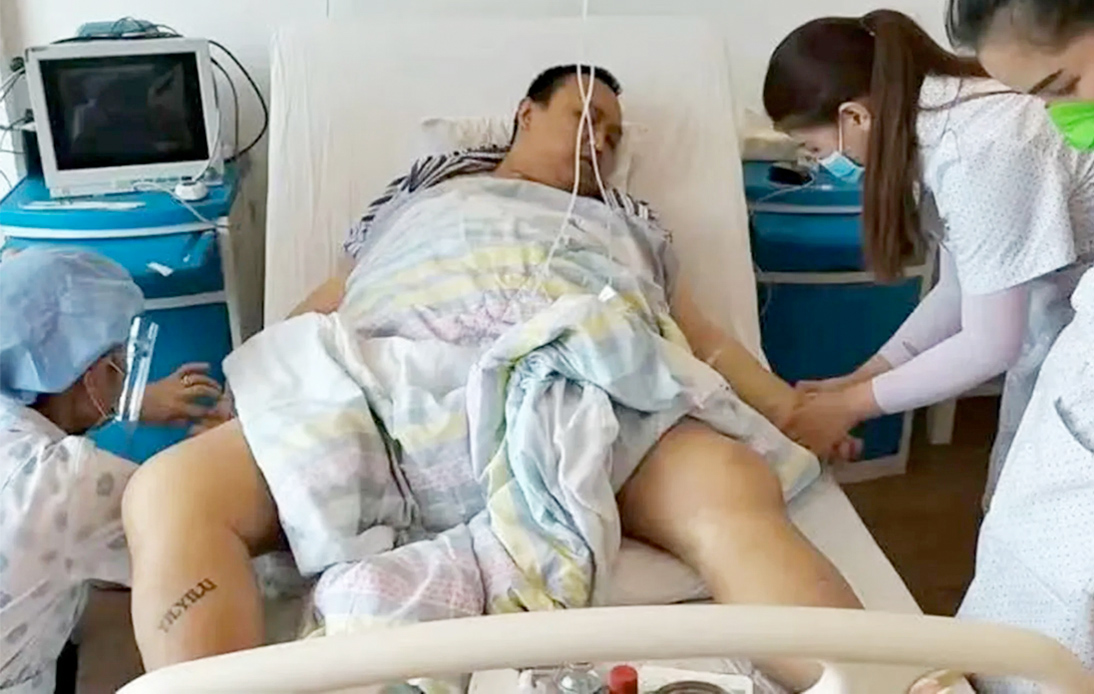 According to the South China Morning Post, a Chinese man was abducted and held hostage in Cambodia as a “blood slave” for months after being attracted by a phony employment post.

The victim, named only by his surname Li, managed to flee the city of Sihanoukville earlier this month with the aid of a member of the group that was keeping him hostage. He is now being treated at a hospital and is said to be in good health.

The group is said to have taken 800 milliliters of blood from the 31-year-old every month since August 2021. The blood was thought to be sold to private individuals.

When Li was taken to the hospital last week, his arms were badly bruised and covered with needle scars.

Li, who worked as a security guard in Shenzhen and Beijing, told reporters that he refused to take part in the gang’s fraud plot and that when they discovered he was an orphan and couldn’t be used for a ransom, they decided to use him as a “blood slave.”

He said that he was imprisoned with at least seven other males in the same room. The gang stole more blood from Li than from the other victims since he had the universal blood type O negative, according to Li.

He claimed that the person who tested his blood at the time joked that his blood type was “very valuable.”

He further said that if he didn’t provide his blood, his kidnappers threatened to sell him to illegal organ harvesters.

After being duped by the phony employment post, Li claims he was kidnapped and carried across the China-Vietnam border, where he was sold for $18,500 to the Cambodian group behind the scam.

According to reports, the Chinese embassy in Cambodia has ordered Cambodian authorities to accelerate the case. The embassy also dispatched personnel to pay Li a visit at the hospital.