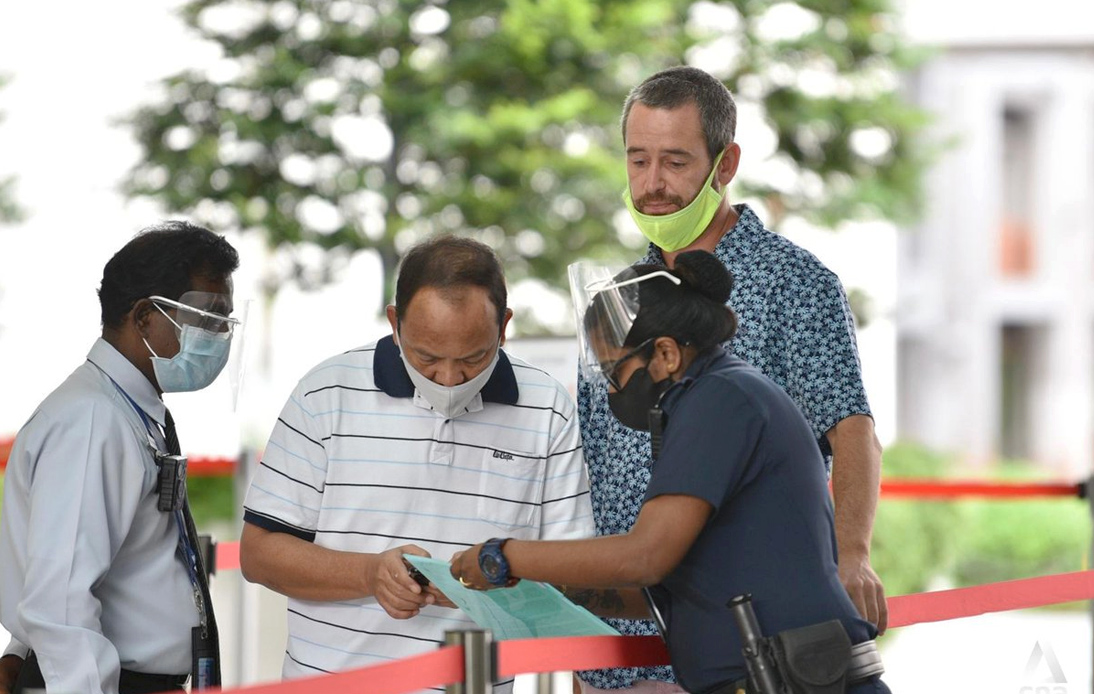 A Singapore court has sentenced Benjamin Glynn, the British expat seen maskless in a video while riding an MRT train in May, to six weeks in jail.

The 40-year-old was convicted of repeatedly violating the country’s disease control protocols and faced four charges under the Covid-19 (Temporary Measures) Act.

Glynn was also charged with harassment for threatening public officials and for being a public nuisance after his trial held yesterday.

The British citizen originally moved to Singapore for work. He was arrested in May after being filmed without wearing a mask on a public train.

District Judge Eddy Tham said in court that Glynn did not dispute that he had failed to wear a mask in public.

His defense only argued that the man had not signed any contract to comply with regulations, the judge added, saying that Glynn had shown “blatant disregard for the law.”

The man also described himself as “sovereign,” referring to a conspiracy theory promoted by QAnon about citizens who are not subject to national laws.

He had also claimed to be “very knowledgeable” about current law, but he had been “completely misguided” on the matter, the judge stated.

After being arrested in March, Glynn asked the UK to intervene in his case, saying he had lost a job offer in his home country due to his custody.

He was placed in pretrial detention after authorities revoked his $5,000 bail at a court hearing last month.

Inspector Chee Xiu Quan told the court that, according to the British man, one of his friends landed in an intensive care unit after being vaccinated against Covid-19.

He was ordered to undergo a psychiatric evaluation for such comments and for his rebellious behavior. However, he was declared mentally fit to stand trial.

The Institute of Mental Health determined that Glynn had no diagnosable mental disorders, stating that he was fit to plead.

Before taking a seat in the dock during the trial, Glynn asked Deputy Public Prosecutor Timotheus Koh if he had any messages from his family.

“Maybe my dead grandma has contacted you from beyond the grave,” he then said.

The media later reported that a woman sitting in the gallery was spotted maskless around ten minutes into the trial.

Security officers inside the courtroom asked her to wear her mask, but she said it was “broken” and also told them that they had no “contract” with her.