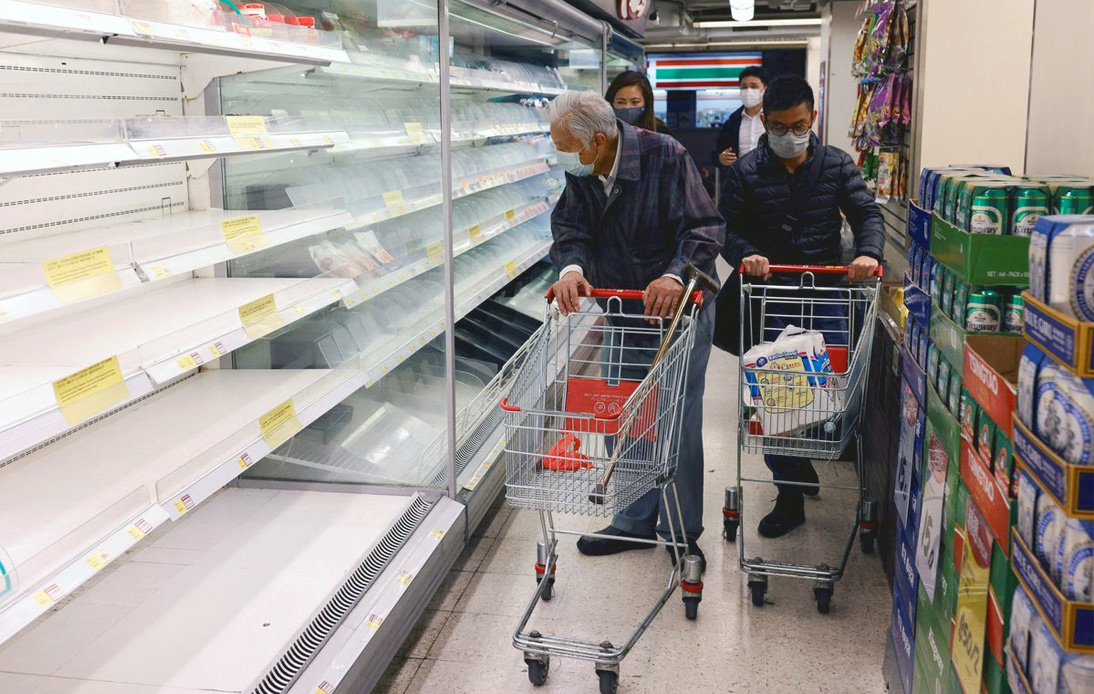 Hong Kong residents have emptied stores, stocking up on fresh produce and long life goods, ahead of reports of mandatory mass COVID-19 testing and rumors of a city-wide lockdown, prompting Hong Kong’s leader Carrie Lam to urge for calm on Tuesday.

According to local media, mandatory Covid-19 testing will begin after March 17, raising fears that many people may be forced to isolate and that families with members who test positive will be divided.

Lam asked the public “not to fall prey to rumours to avoid unnecessary fears being stirred,” with the supply of food and goods remaining at regular levels, according to a statement released on Tuesday.

“There is no need for members of the public to worry, they should stay vigilant and pay attention to the information disseminated by the government so as to avoid being misled by rumours.”

Officials intend to test the city’s 7.4 million residents three times over nine days, with the government advising residents to stay at home during that time, according to the Sing Tao daily, citing anonymous sources.

Those who go out to purchase food, seek medical care, and carry out societal operations would be exempt. The stock exchange in Hong Kong will continue to function, according to the report.

Lam had earlier stated that a city-wide lockdown was not being planned.

Coronavirus infections in the Chinese-ruled city increased by 34 times to over 34,000 on Monday, up from just over 100 at the start of February. Deaths are also on the rise, with hospitals and public mortuaries reaching full capacity for holding bodies.

Hong Kong, like mainland China, continues to follow a Covid-19 policy of “dynamic zero,” which aims to prevent all outbreaks at any cost. Since the beginning of the epidemic in 2020, the Chinese-controlled region has recently taken their strongest measures.

Many families have fled ahead of the mass testing plan and the construction of tens of thousands of isolation centers as a result of the restrictions, which have intensified separation anxieties.

Lam claimed the crews had rushed against the deadline to “produce a miracle” as she toured a mainland Chinese-built isolation centre on Monday.

She said the Tsing Yi facility, which is located in the city’s northwest, will include roughly 3,900 rooms for infected persons who have minimal or no symptoms, as well as others who need to isolate.