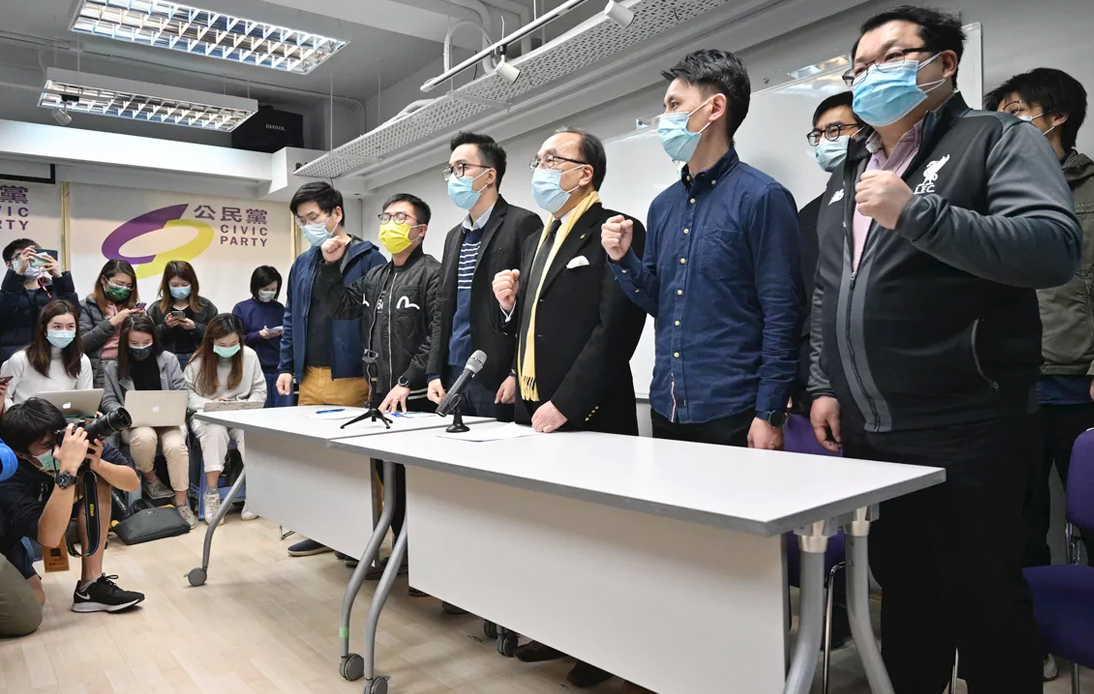 Hong Kong has experienced the biggest crackdown since China approved the security law in 2020, which many considered draconian, and it resulted in the detention of more than 50 of the most distinguished activists and politicians in the city.

It was reported that around 1,000 police officers participated in morning raids that deployed throughout 72 premises across Hong Kong.

The arrested people helped run an unofficial “primary” aimed at choosing opposition candidates to be part of the postponed 2020 elections. Authorities accused them of “trying to overthrow” the government.

Those activists and politicians state that the new law aims to “quash dissent”.

Defending the arrests made on Wednesday, Beijing said, according to Foreign Ministry spokeswoman Hua Chunying, that they were needed to stop “external forces and individuals (colluding) to undermine China’s stability and security”.

However, it is said that the crackdown came to show the reach of the law, confirming the fears of many.

Amnesty International stated that the detentions are “the starkest demonstration yet of how the national security law has been weaponized to punish anyone who dares to challenge the establishment”.

Dozens of people have gone to jail because of the security law since it was enacted in mid-2020.

On Wednesday, in a major-escalated crackdown, the police detained 53 democratic figures, including:

-James To, Lam Cheuk-ting, Claudio Mo and Benny Tai. They are long-established opposition figures who initiated the primaries.

– US citizen John Clancey, who is a human rights lawyer.

-13 of the candidates of the primaries.

Shortly after the arrests, Hong Kong’s security secretary John Lee confirmed that a group of people had been arrested as part of an operation that targeted those suspected of overthrowing the government.

He said that the government would not tolerate “subversive” acts.

When the authorities enacted the law, they claimed it would target a small number of activists and politicians but the wide-ranging operation on Wednesday has triggered fears of authorities trying to eradicate the entire opposition camp.

Prisoners could face life in prison if they are charged under this new national law.