Imminent State Of Emergency in Japan After COVID Spike 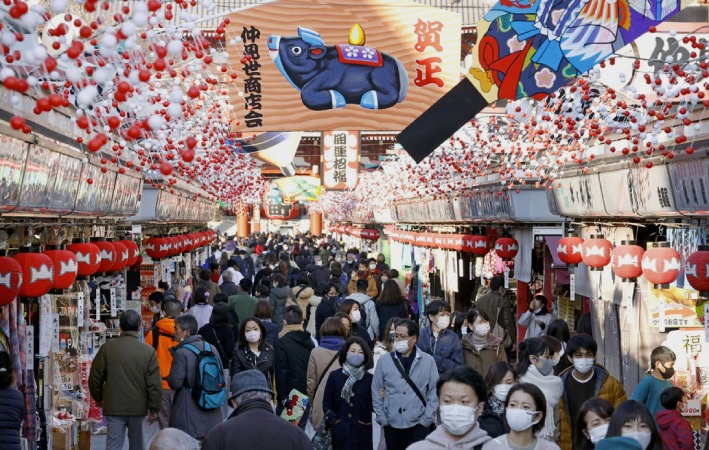 Japan is facing the possibility of entering a state of emergency this week as it struggles with a rising in COVID-19 cases -having a growing number of infections that are linked to the new and potentially more contagious coronavirus strain.

Prime Minister Yoshihide Suga, speaking at a New Year press conference on Monday, said that authorities have been considering an emergency declaration and expect to apply it to Tokyo and the three adjacent prefectures of Chiba, Saitama, and Kanagawa.

Governors of the four regions have urged Suga to do it already as the number of infections soars.

Saying that the government would support medical facilities in order to guarantee that they are not overwhelmed, Suga added: “lf necessary, we won’t hesitate to dispatch the medical staff from Self Defense Force.”

But Suga did not specify when officials would make a final decision or what regulations they could impose.

Japan entered a state of emergency last spring when the pandemic started. It lasted more than a month, and schools and non-essential businesses closed.

Japanese authorities currently enjoy limited power when it comes to penalizing those who ignore o violate restrictions. However, Suga’s government is allegedly planning to change it, trying to enable local authorities to force compliance.

The approval rating of the Prime Minister, designated after Shinzo Abe resigned, has plunged in recent weeks due to the way he has been handling the pandemic.

On Sunday, Japan reported 3,150 new coronavirus cases and 51 fatalities; figures that bring the total cases to 244,559 and the death toll to 3,612. The great Tokyo region is within the highest-risk group, as it recorded 816 new cases on Sunday after listing a new daily record with 1,337 new infections last Thursday.

Besides, the country confirmed last week its first case of the new more transmissible coronavirus variant found in the UK, promoting the government to prohibit the entrance of all foreign travelers.

Japan was one of the first countries hit by the pandemic, but authorities managed to control the number of cases by enacting strict measures. However, although health officials have continuously exhorted citizens to reduce daily activities, avoid hanging out in groups, and remain vigilant, the infections continue to rise.

“Japan’s response is too slow and confusing, which reflects the lack of leadership and strategy. On one hand, they encouraged domestic travel and eating out, on the other they just asked people to take caution,” said Kenji Shibuya, director of the Institute for Population Health at King’s College London.

“The government is basically asking people voluntarily to behave properly, but does not do more than that,” Kenji Shibuya added.

Suga denied declaring a state of emergency in November, stating that hospitals were relatively empty, but the caseload has more than doubled since then.