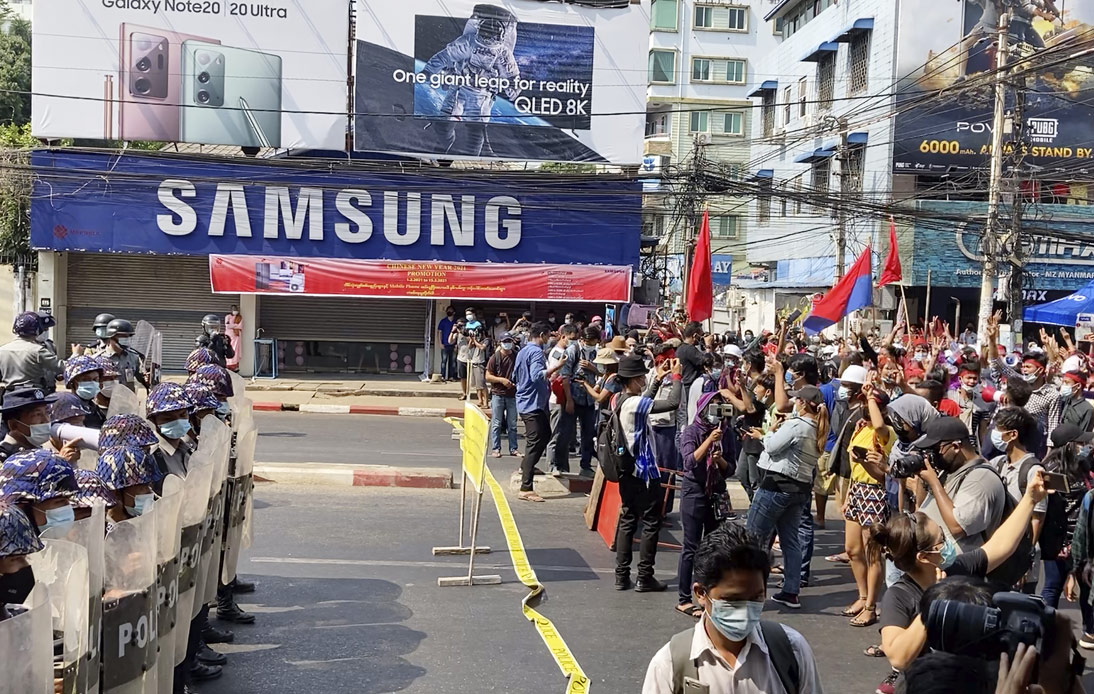 According to the monitoring group NetBlocks Internet Observatory, the internet blackout caused connectivity to drop to 16% of normal levels.

Users had previously reported that they were using virtual private networks (VPNs) to evade restrictions on social media platforms -the military ordered to block Facebook two days ago.

But the general internet blackout is a greater limit. According to the Reuters news agency, civil society organizations urged Internet providers and mobile networks to challenge the military’s restrictions.

Likewise, the human rights group Amnesty International described the shutdown as “heinous and reckless,” warning that these actions could lead to human rights violations.

Despite several accusations against the democratic leader Aung San Suu Kyi over the genocide of the Rohingya Muslim minority, protesters have joined in the streets to demand detainees’ release.

Young students, factory workers, pro-democracy activists and even doctors have spoken out against the coup.

People marched through the capital streets as city buses and cars honked their horns in support of Ms. Suu Kyi, the president, and the other detained leaders. Passersby used the Hunger Games three-finger salute as a symbol of defiance against authoritarianism.

Besides, residents clapped as they banged pots and pans on the doors of their residences.

Many people are also displaying red stickers on their homes’ windows to support the National League for Democracy (NLD) party. The protesters gave roses and bottles of drinking water to the police, asking them to support people instead of the new regime.

The role of social media.

The coup took place last Monday when a new session of parliament was scheduled to open after the NLD won the November elections with more than 80% of the vote.

However, three days later, ISPs were ordered to block the platform for “the sake of stability.”

People were using Twitter and Instagram to protest the measure. Nonetheless, on Friday at 10:00 p.m. local time, they reported that they did not have access to these platforms either.