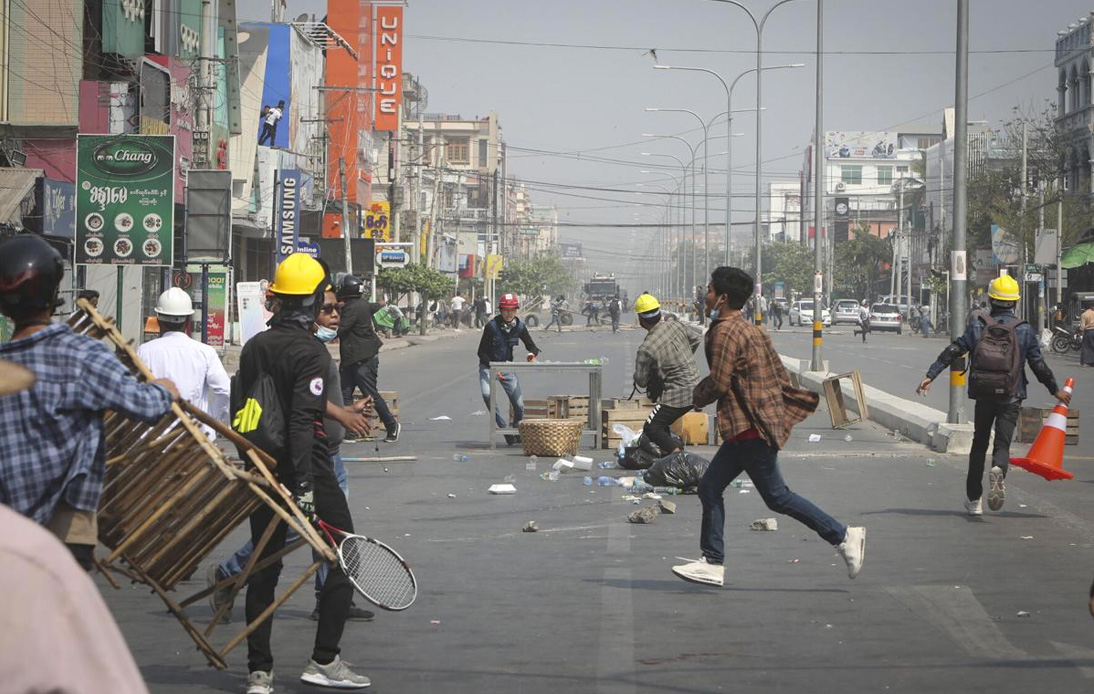 The UN human rights office condemned the violent events in Myanmar after police and military opened fire on protesters, killing at least 18 people in what was considered the deadliest day of anti-coup demonstrations.

Several cities across the country, including Yangon, Dawei, and Mandalay logged deaths.

The violent crackdown began when security forces started firing live bullets and spraying tear gas at demonstrators on Saturday, in the fourth week of protests against the military coup that ousted the democratically elected government of Aung San Suu Ky.

Images that went viral on social media showed protesters fleeing from the police officers charging at them.

Protesters were also seen leading away several people covered in blood and erecting makeshift barricades. Reports showed that more than 30 people were injured and at least 18 died, including four people in Myanmar’s largest city, Yangon.

The UN claimed that there were also deaths in Myeik, Bago, and Pokokku.

The number of arrests also increased significantly. The exact figure was not confirmed, but the Assistance Association for Political Prisoners monitoring group estimated that at least 850 had been detained since the protests began and believed that there were hundreds of more arrests over the weekend.

On Sunday, police repression intensified when coup leaders tried to disperse a campaign of civil disobedience.

The UN human resources office said it had received “credible information” on the situation in Myanmar, mentioning the use of lethal force against peaceful protesters in different cities and towns across the country on Sunday.

“Deaths reportedly occurred as a result of live ammunition fired into crowds in Yangon, Dawei, Mandalay, Myeik, Bago, and Pokokku,” a statement from the spokeswoman Ravina Shamdasani said.

The statement, which also noted the use of tear gas, flash-bang and stun grenades, condemned the escalating violence, urging military leaders to “immediately halt the use of force against peaceful protesters.” It also added that “the people of Myanmar have the right to assemble peacefully and demand the restoration of democracy.”

“These fundamental rights must be respected by the military and police, not met with violent and bloody repression,” Shamdasani said.

The UN also called for the release of anyone arbitrarily detained, saying that at least 85 medical professionals and students and seven journalists had been arrested during Sunday’s demonstrations.

Meanwhile, activists in various Asian nations demonstrated against the coup.

In Bangkok, the police used tear gas and water cannons against protesters who demonstrated to support Myanmar activists and called for the resignation of Thai Prime Minister Prayut Chan-o-cha.