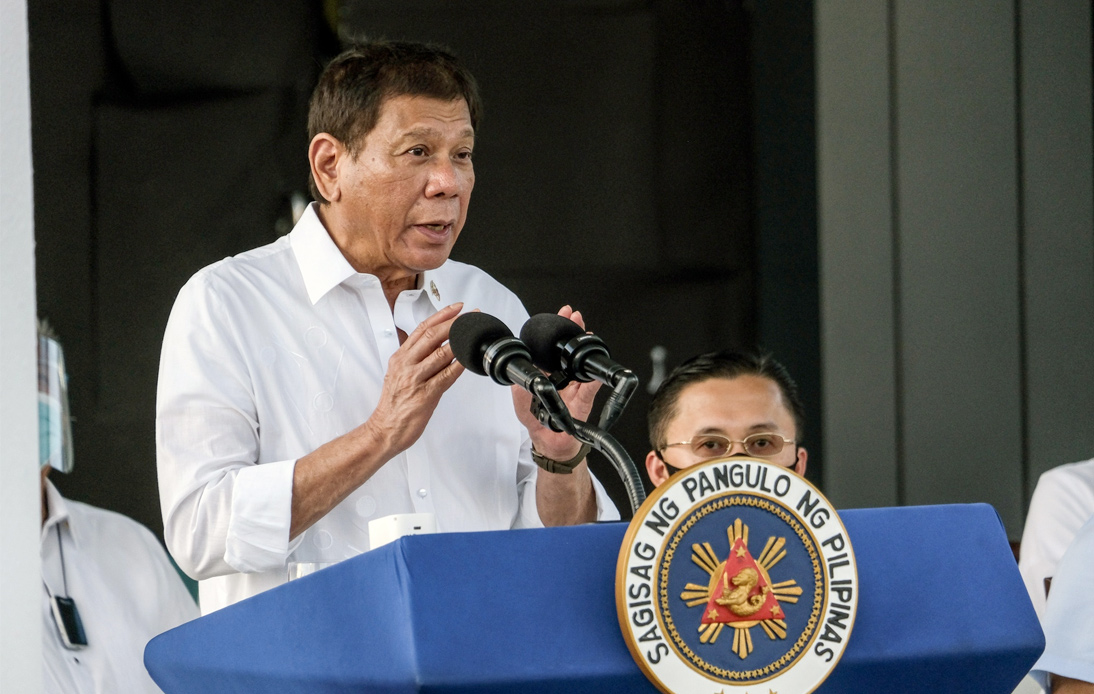 Philippine President Rodrigo Duterte announced that he would not run in the 2022 elections, saying he would retire from politics.

Last month, he said he would run for the country’s vice presidency next year, as the Philippine constitution only allows presidents to serve a six-year term.

However, the 76-year-old leader changed his mind and now plans to retire from politics, following Filipinos’ “overwhelming sentiment” that he was “not qualified”.

Mr. Duterte announced his surprise retirement at the Manila venue, where he was expected to officially register his candidacy for vice president, amid speculation that his daughter could run for president.

However, his spokesman Harry Roque said he did not completely rule out a political role for Mr. Duterte in the future.

The announcement “means that he is not interested in the vice-presidency anymore – as to whether or not he will completely withdraw from politics, I would have to clarify this point with him,” Mr. Roque added.

Mr. Duterte came to power five years ago, in 2016, promising to reduce crime and combat the country’s drug crisis. However, his critics claim he has encouraged the police to carry out thousands of extrajudicial suspects executions during his time in power, amid the so-called “war on drugs.”

After he revealed his intentions to run for vice president, speculation that he would seek a politically weak running mate to govern from the number-two role increased.

Moreover, he publicly mused on whether he would be immune from prosecution by the International Criminal Court (ICC) for presiding over the war on drugs, which has resulted in thousands of deaths across the Philippines.

According to data from the human rights organization Amnesty International, over 7,000 people were killed by the police or unknown armed attackers during Duterte’s first six months in power.

Also, the ICC prosecutor applied to open a full investigation into such killings, saying the Philippines’ government could have committed crimes against humanity.

Mr. Duterte’s daughter Sara Duterte-Carpio, southern city of Davao’s mayor, has suggested that she might run for high office. She has led all opinion polls conducted this year.

Correspondents say she would likely protect her father from criminal charges in the nation and from ICC prosecutors if elected president.