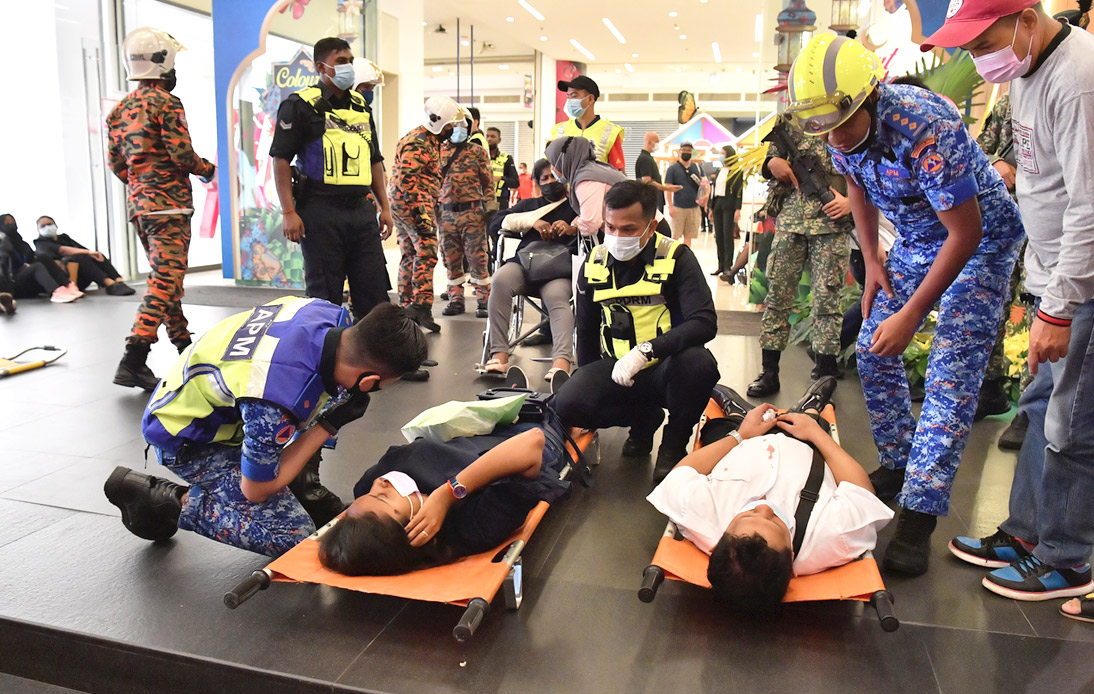 Authorities said the accident occurred at 8:45 p.m. local time yesterday when one of the trains, which had only one driver while on a test run after being repaired, collided with a train carrying passengers. Both trains are operated by Prasarana Malaysia Berhad.

According to state media, they were traveling at 40 km (approximately 25 miles) per hour when they collided in a tunnel between Kampung Baru and KLCC stations.

Around 166 people suffered minor injuries after the accident and were taken to Kuala Lumpur Hospital and other nearby hospitals for treatment. Forty-seven passengers sustained severe injuries, state media said.

Photos and videos posted on social media showed people bleeding next to broken glass panels inside the trains.

The train carrying passengers was heading from the KLCC station, an underground tunnel near the Petronas Twin Towers, towards the Gombak station at one end of the line, Dang Wangi District Police Chief ACP Mohamad Zainal Abdullah stated.

“We are still investigating the incident…, but we suspect that perhaps there was a miscommunication from the trains’ operations control center.” he told reporters. Mohamad Zainal also added: “It is learned that one train, heading from the Kampung Baru station to Gombak, was reportedly being test-driven following a fault to ensure it was on the right track.”

Later, Malaysian Prime Minister Tan Sri Muhyiddin Yassin said that he had ordered a full investigation to discover the accident’s cause.

“I take this accident seriously and have instructed the Transport Ministry and Prasarana Malaysia Berhad to conduct a full investigation,” he stated, Bernama reported.

Transport Minister Wee Ka Siong described the collision between the two trains as the first major accident in the metro system during its 23 years of operation. Reuters news agency reported that the minister had promised a thorough investigation.