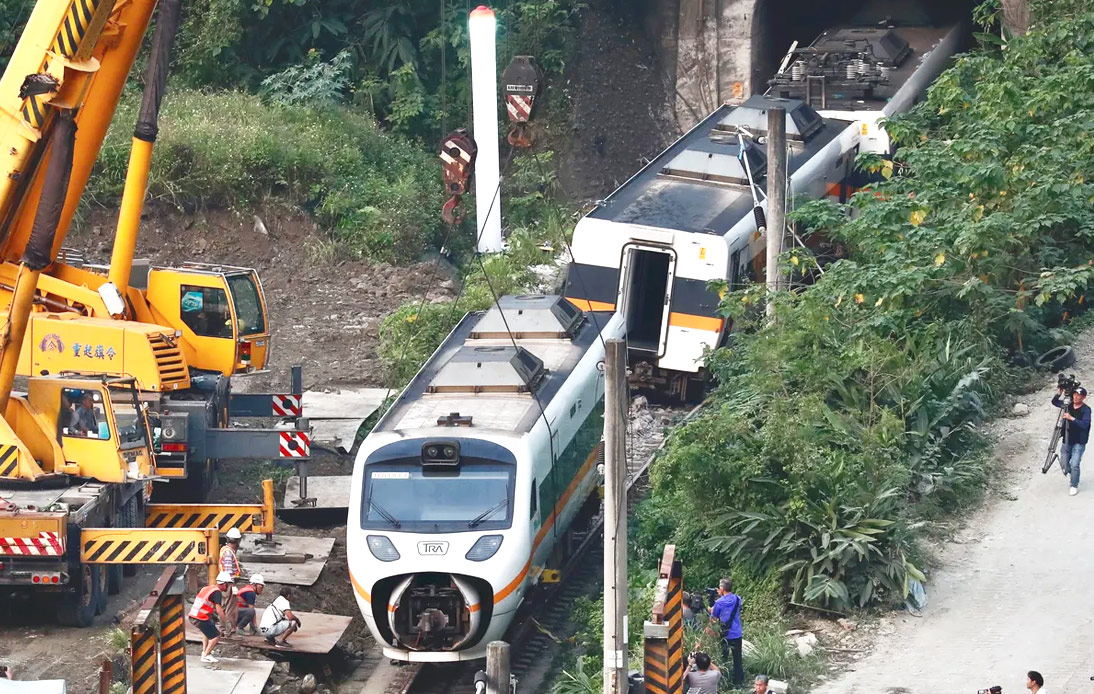 At least 51 people were killed and dozens more injured after a train crashed and derailed in a tunnel in Taiwan on Friday.

Reports indicated that the 408 Taroko Express struck a construction vehicle that had slid over the tracks at the tunnel’s mouth just outside Hualien City at around 9:30 a.m. On its first trip south after a long weekend, it carried hundreds of people to Taitung.

Dozens of them were trapped for hours.

Authorities said that rescuers combed damaged and deformed carriages, trying to find survivors. Some of the trapped passengers broke train windows inside the tunnel to flee.

As the Taroko Express was so full, many people may have been standing.

Later on Friday, the Taiwan Transport Ministry confirmed the deaths of at least 50 people, including the 33-year-old driver and a six-year-old girl. More than 150 injured people were taken to hospitals, but two of them died shortly after.

Of the dead, 40 have yet to be identified.

The 408 train is one of the fastest within the network, which is generally considered safe, and can reach speeds of 130 km/h (80 mph). It was transporting people from the capital Taipei to Taitung traveling during an annual long weekend holiday.

The crash is considered Taiwan’s worst rail accident in decades.

Hundreds of military and emergency personnel managed to get some people unharmed from the back of the train, while around 100 were quickly rescued from the first four carriages. However, at least 70 people remained trapped until the afternoon, when the rescue staff managed to free the last two passengers by 4:00 p.m.

Images from local news broadcasts showed people smashing windows and climbing onto the roof to escape the wagons.

“It felt like there was a sudden violent jolt and I found myself falling to the floor,” one female survivor told Taiwan’s United Daily News (UDN). “We broke the window to climb to the roof of the train to get out.”

The cause of the rail disaster is still under investigation.

However, early indications suggested that a maintenance vehicle improperly parked near the tracks slid down an embankment and struck the Taroko Express’s back carriages.