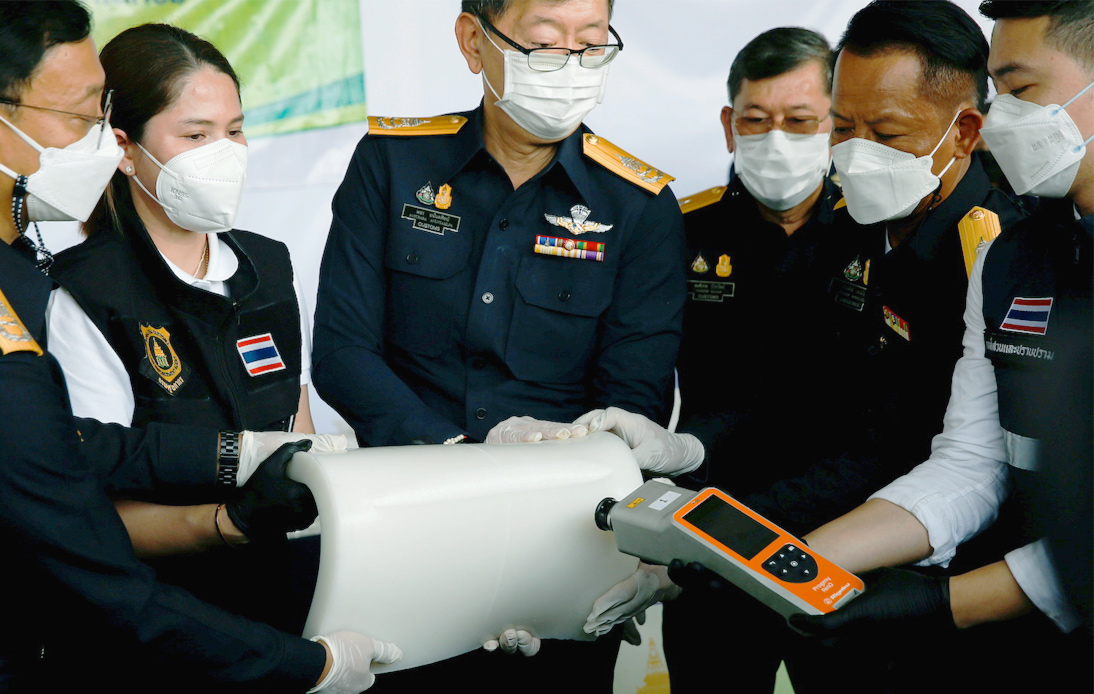 Police confiscated around 900 kilograms of crystal methamphetamine hidden after intercepting a cargo shipment in Bangkok’s port.

A customs official said the drugs batch was bound for Taiwan, to be sold for up to 3 billion baht.

On Saturday, Thai Customs director-general Patchara Anuntasil told a news conference: “The 897kg of crystal meth is worth about 500 to 600 million baht ($15 million to $18 million), but once they reach their destination, they will be worth 3 billion baht in market price.”

Customs agents said the seizure had been carried out after an informant warned that a large haul with illegal narcotics would be shipped to Taiwan on Friday.

The packages were destined to Taiwan, Ms. Patchara said, adding that both Taiwanese and Thai authorities had launched an investigation into the case.

Despite the Covid-19 pandemic, the methamphetamine market has continued expanding and diversifying in East and Southeast Asia.

Following the news about the drug’s seizure, the Narcotics Suppression Bureau’s deputy commissioner Pol Maj-Gen Pornchai Charoenwong said authorities would try to figure out where the drugs were packaged before being delivered to the port. However, police think a Thai-Taiwanese drug gang was behind the crime.