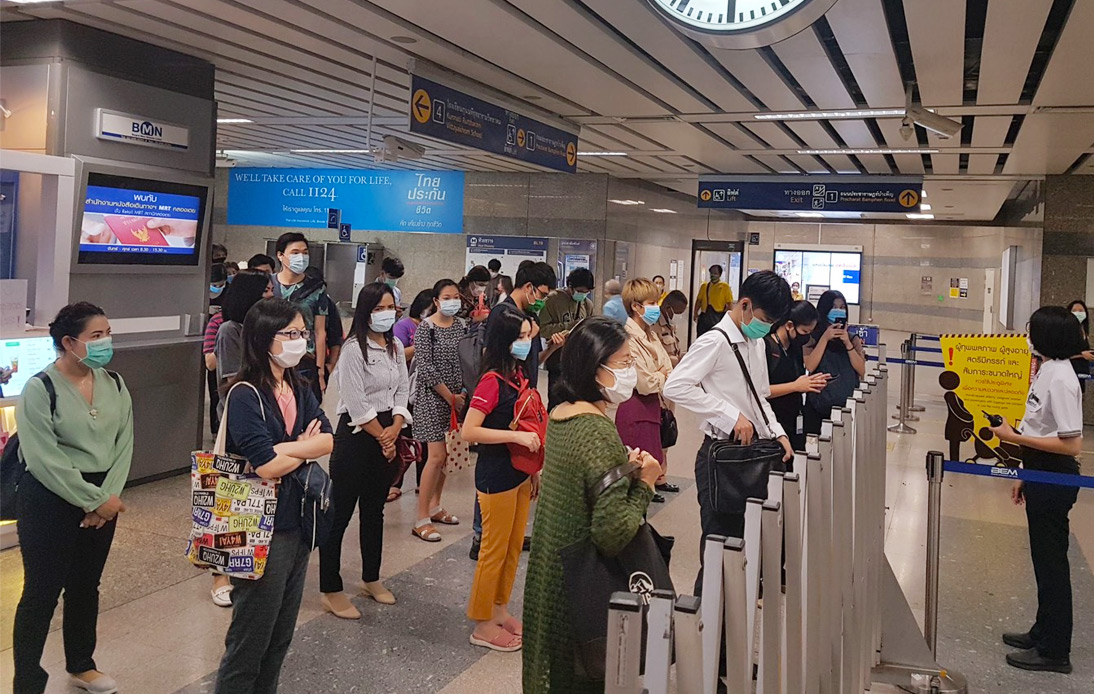 Six new cases of COVID-19 have been detected in the city capital and most of them are related to the coronavirus outbreak in Samut Sakhon province.

The diagnoses were confirmed on Friday, said a spokesman of the Bangkok Metropolitan Administration Pongsakorn Kwanmuang.

Four of the six patients had visited Samut Sakhon. Besides, Mr. Pongsakorn said that one of the four was an official of the Dusit district office who tested positive for COVID-19 after going to a restaurant in the province.

Another case was a vendor who bought goods in Samut Sakhon for sale at a market in the Lat Phrao area.

There was another vendor, who live in a Bang Kapi district, that also bought seafood in Samut Sakhon, at the Talay Thai market, and delivered it to a sukiyaki restaurant in the Lar Phrao area. And the fourth case had traveled by car to a shrimp shop in Samut Sakhon.

The person then went to a shopping center in the Suk Sawat area and visited relatives in Phra Pradaeng district of Samut Prakan.

The rest of the cases are still under investigation.

Bangkok has registered 40 patients with the disease since the COVID-19 outbreak early this year. Mr. Pongsakorn said that seven of them were factory workers in Thawi Wattana and Bang Khuntian districts.

222 people at markets in the capital have been tested by health workers, but all were results were negative.

The BMA spokesman also said that most confirmed cases of COVID-19 worked in factories where both Thais and migrant labor were employed.

The number of cases in Thailand is increasing due to a recent outbreak in a local market. However, the government is confident that it can contain a major COVID-19 resurgence without imposing a national lockdown.

Government representatives said they relied on provincial controls as the outbreak, which is mainly among migrant workers of a seafood market, continued to spread.

More than 1,000 migrant workers have tested positive for the virus, along with locals working or living near the Central Shrimp market since Sunday. Those new cases have brought the nation’s total to 5820+, including 60 deaths.