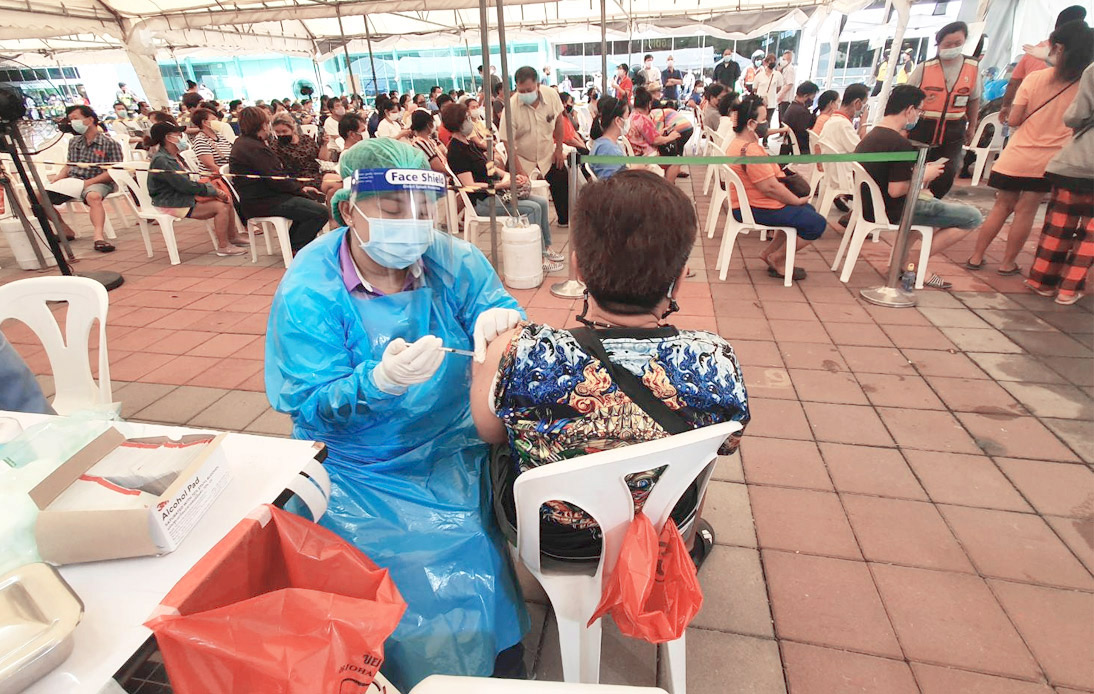 The City Hall has announced that it would add more COVID-19 vaccination stations in Bangkok, expecting to reach a total of 25 and aiming to accelerate the inoculation program in the capital.

The first one will open at The Central Plaza Ladprao shopping center on Wednesday.

Bangkok Governor Aswin Kwanmuang and Bangkok Metropolitan Administration (BMA) met on Saturday with representatives of the Thai Chamber of Commerce, President Sanan Angubolkul, and other agencies to discuss the vaccination cooperation deal.

Previously, they had reached an agreement to establish 14 vaccination sites outside hospitals.

Now the chamber has proposed 11 more sites and equipment is being prepared to condition them.

The BMA Health Department will check the sites and equipment to guarantee that everything meets standard requirements. Each of the vaccination stations will inoculate between 1,000 and 3,000 people a day, the BMA said.

The 25 inoculation sites, set to provide the service for seven months, are expected to deliver between 38,000 and 50,000 shots daily.

A trial run of the system at Central Plaza Ladprao was set for Tuesday, and Prime Minister Prayut Chan-o-cha will open it the next day. The place can inoculate 1,000 people a day, from 8:00 a.m. to 5:00 p.m.

Frontline medical workers and people with at-risk careers are among the target groups.

They include garbage-collecting staff in the BMA’s 50 districts and teachers. At Saturday’s meeting, participants agreed to prioritize frontline medical staff and educational staff who work closely with students.

In Bangkok, over 160,000 teachers work at the preschool, primary, secondary, and vocational education levels.

After vaccinating those groups, the high-risk groups with seven chronic diseases and the elderly will be prioritized. On Saturday, health officials reported the highest number of infections of any province in the capital, with 1,112 of the 2,419 new cases, the Center for COVID-19 Situation Administration (CCSA) said.