Bangkok Authorities To Set Up 25 Vaccination Centers This Month 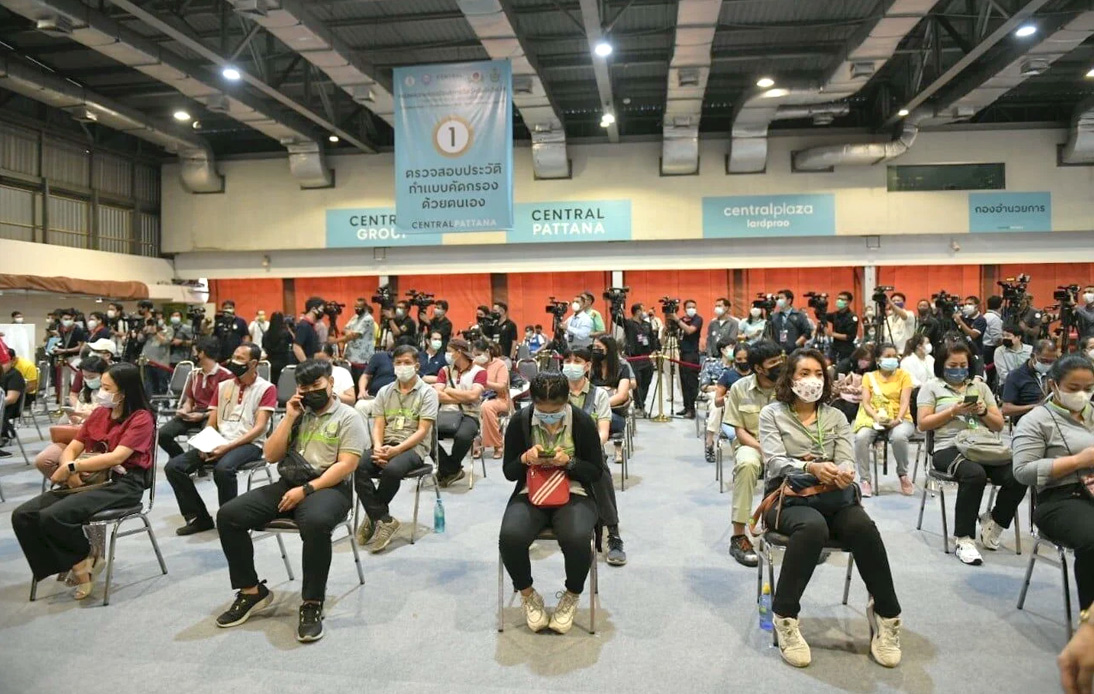 He visited the site with officials from the Bangkok Metropolitan Administration (BMA).

The vaccination station on Central Plaza Ladprao’s third floor, which opened last week as the first COVID-19 vaccination center outside a hospital, will operate from 8:00 a.m. to 5:00 p.m. According to health officials, its goal is to inoculate up to 1,200 people per day.

The BMA and the Board of Trade have already opened vaccination stations at three locations: The Mall Bang Kapi, Samyan Mitrtown, and Central Plaza Ladprao.

However, both authorities expect to have 25 vaccination stations by the end of May. Earlier this month, the City Hall said it would add more jab points in the capital as part of its efforts to speed up the inoculation program.

Yesterday, health officials confirmed that the 25 vaccination stations that will be available in Bangkok are the following:

Medical staff will conduct the follow-up if they don’t have the app, the BMA explained.

The setting up of the jab stations comes as a strategy to accelerate the vaccination program after the third wave of COVID-19 hit Thailand. On Sunday, the government reported 2,302 new cases, bringing the cumulative total to 101,447 since the pandemic began.

Thailand also logged 24 new fatalities for a death toll of 589.

Vaccines are expected to roll out to the general public in June.