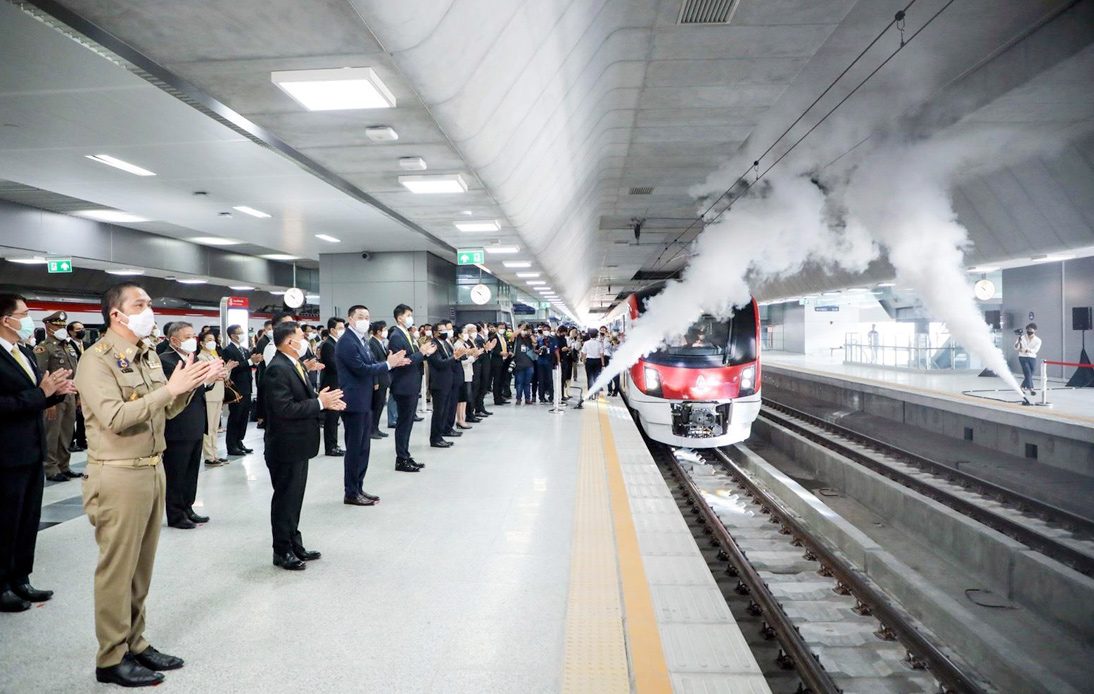 A Hitachi electric train clad in red and white started operating on Monday.

It connects the recently inaugurated transit cathedral in Bang Sue to the north with Rangsit in Pathum Thani province and to Taling Chan district in Bangkok to the west.

The Rangsit-bound route, called the “dark red line,” has been designed to take passengers to 10 different stations in 25 minutes.

Meanwhile, the “light red line” promises to take people to the Taling Chan area, with three stations covered in a 15-minute ride.

The construction costs are thought to have amounted to 32.399 billion Thai Baht, or approximately 1 billion US Dollars.

The government recently announced that riding on the Red Line will be free for the next two months.

In November, rates will be set at 12-42 baht. The fare structure is considered the least expensive of all rail systems in the capital.

The Red Line officially launched on August 2021 after being approved for the first time in 2007. Its construction started six years later, in 2013.

The project was scheduled to finish in 2016 but faced many delays.