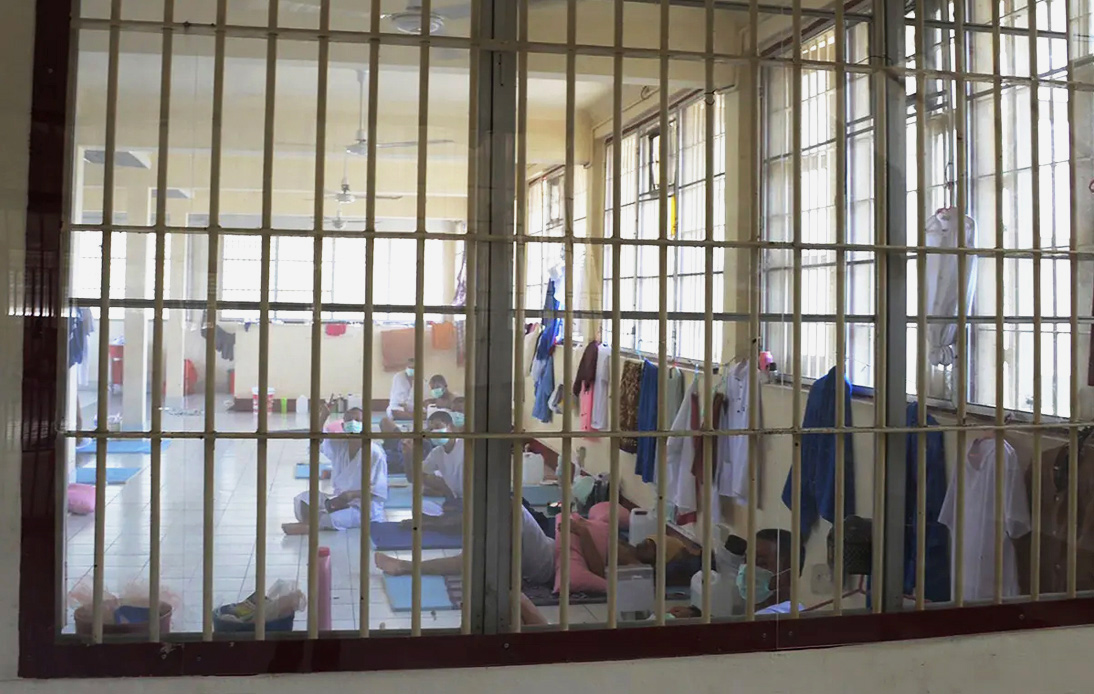 The Corrections Department has stepped up efforts to contain the COVID-19 outbreaks in two of Bangkok’s prisons, where 3,000 inmates have been confirmed to have caught the virus.

On Friday, Director-General Ayut Sinthopphan said that 1,039 COVID-19 cases had been detected at the Central Women’s Correctional Institution and 1,794 more infections at Bangkok Remand Prison in Lat Yao sub-district of Chatuchak district.

The outbreak at the women’s prison stemmed from new inmates but, at the Bangkok Remand Prison, staff spread the disease, he said.

Patients with symptoms were transferred to the Correctional Hospital while the asymptomatic patients were admitted to field hospitals installed in the prisons. According to Mr. Ayut, all inmates would undergo nasal swab tests and lung X-rays as soon as possible.

Reports indicate that there are 310,000 inmates nationwide.

Mr. Ayut stated that the department had isolated the infected inmates, who received medications to protect their lungs. Besides, trained and mature, and knowledgeable inmates were assigned to care for their infected companions.

The Public Health Ministry and Abhaibhubejhral Hospital have provided antiviral drugs and green chiretta herb extract to the department, respectively, to treat inmates.

Authorities have ordered inmates to wear masks throughout the day and to disinfect and wash their hands frequently. They would also increase the chlorine level in tap water in prisons, allowing prisoners to cleanse their bodies better.

Other measures include videoconferencing for trials in courts in the capital and other provinces.

New inmates must comply with an extended quarantine of 21 days and get tested immediately upon arrival. Mr. Ayut said the department had plans to complete the setting up of a laboratory in five days.

Meanwhile, the governors of some prisons have been arranging for COVID-19 shots for inmates. Deputy director-general Dr. Weerakit Hanpariphan said they had detected thousands of infected inmates in 3-4 days thanks to the deployment of mobile units for mass testing sponsored by royalty.

Inmates who test negative will be under observation for 14 days, he stated.

Dr. Weerakit denied rumors that the protest leader released on bail May 6, Panusaya Sithijirawattanakul, caught the disease in prison. On April 23, a test confirmed that she was free of the virus, he added.

Other detainees in Panusaya’s cell and 1,500 new inmates at the Central Women’s Correctional Institution also tested negative for COVID-19, Dr. Weerakit went on.

However, he revealed that detained rally leader Panupong Jadnok had been admitted to the Correctional Hospital after catching the novel coronavirus.