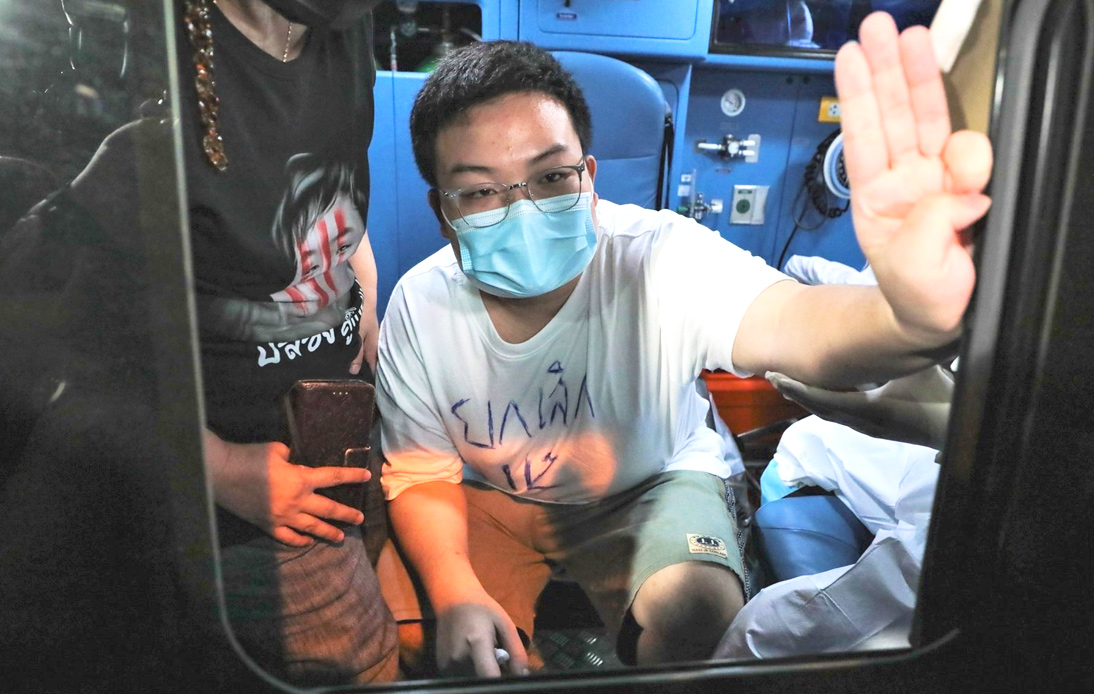 The Criminal Court granted bail to two key Ratsadon protesters, Parit “Penguin” Chiwarak and Chai-amorn Kaewwiboonpan, who had been arrested for participating in pro-democracy rallies.

The decision came after they agreed to meet certain conditions.

They are prohibited from engaging in activities that stir up unrest or dishonor the monarchy. The activists are also unable to leave the kingdom without permission and are required to appear in court as scheduled.

For Mr. Parit, whose health condition worsened after a hunger strike of over a month, the court set the bonds at 200,000 baht each for the Mob Fest and Ratsadon plaque cases.

Mr. Parit faces more than 20 counts of royal defamation and could be arrested and detained again on remand for any of them.

When approving the bail request, the court decided Tuesday that their cases’ nature had changed.

It was the first time they vowed not to tarnish the institution, and the prosecutors did not oppose the temporary releases of the young protesters. However, the court postponed the bail request hearing for Panupong Jaadnok, another key demonstrator.

Corrections officials told the court that Mr. Panupong had been in close contact with Arnon Nampa, another co-leader diagnosed with COVID-19 last week.

Mr. Panupong was cleared in the first test he underwent on May 6, but another test is needed before he could go out. Earlier, three key protesters from pro-democracy movements were released on bail after agreeing to the same conditions.

Ms. Sureerat Chiwarak, Mr. Parit’s mother, had previously requested bail for her son nine times since he was arrested on lese majesty charges on February 9. But th