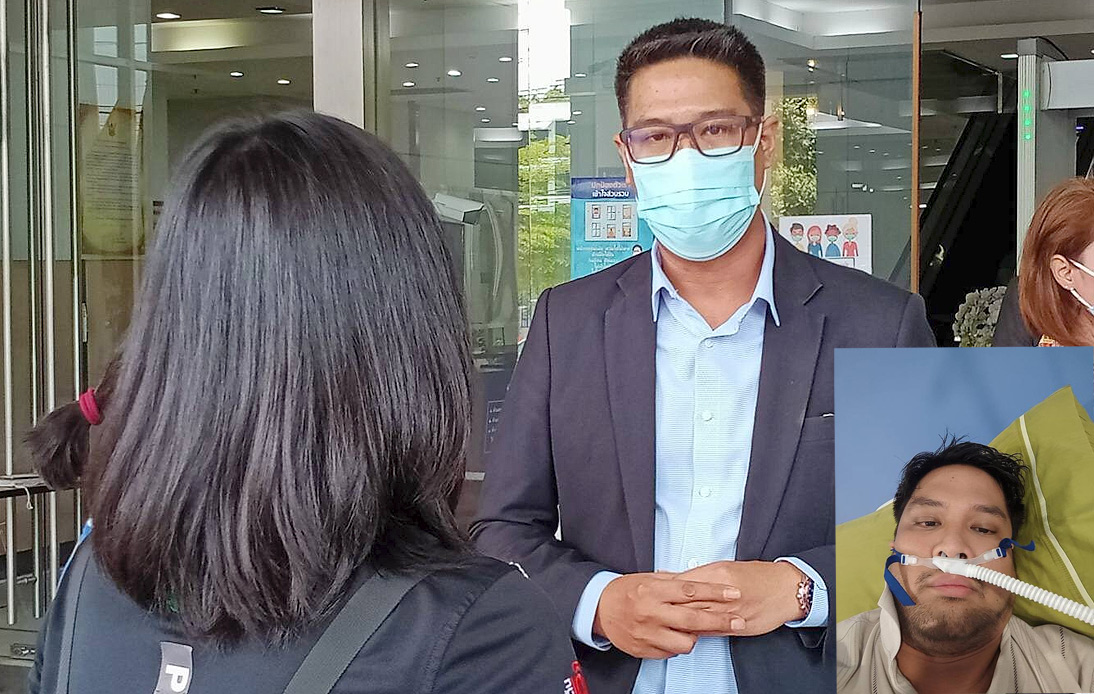 The family of popular e-sports player Kunlasub Wattanaphon, who died after catching COVID-19, has sued the prime minister and others for 4.5 million baht, claiming the reason for his death was being unable to get tested in time.

On Friday, Kulachet Wattanaphon filed a lawsuit in Administrative Court, naming Prayut Chan-o-cha for failing to respond to pleas for help from his younger brother.

The lawsuit extends to the Center for COVID-19 Situation Administration and others due to the inability to meet people’s demand for coronavirus tests. Kunlasub, a famous local e-sports pioneer and competitor, died of the pandemic disease in a hospital on April 23.

He posted a message through his Facebook page on April 17 saying that he had started self-quarantining after fearing he had contracted the virus after falling ill on April 14.

Kunlasub wrote that he was trying to arrange a COVID-19 test, but all the hotline numbers he called were busy. Later, on April 20, he live-streamed his story, showing that his situation was increasingly desperate.

“I really want to be diagnosed and I think I might not survive,” he said in an emotional message.

The e-sport player stated that his symptoms were severe, claiming that he could not drive to the hospital and did not want to take a taxi to avoid the risk of spreading the disease. His video caught the public’s attention, and he was admitted to a hospital on April 21.

However, the virus had already attacked his lungs, and he died on April 23.

Mr. Kulachet said in court on Friday that all hotline numbers that his younger brother had called could not be reached or offer immediate assistance, adding: “Had my brother received prompt treatment, he would not have died.”

Lawyer Ekkarat Tapananon said his clients were pursuing justice for the loss of one of the family’s breadwinners.

“This is not about criticism of the operation. It is the right of the family to seek compensation for damages,” he stated. The lawsuit asks for financial compensation of 4.53 million baht, a total that Kulasup would have given to his relatives if he had lived to be 60 as he gave his mother 15,000 baht of his earnings each month.

Many people, particularly Bangkok residents, have recently complained about the difficulty of arranging coronavirus tests. Demand for testing reportedly skyrocketed as the new wave of COVID-19 began in luxury entertainment venues in the capital and adjacent areas.

The court has 30 days after filing to decide whether to accept Kulasup’s family case.