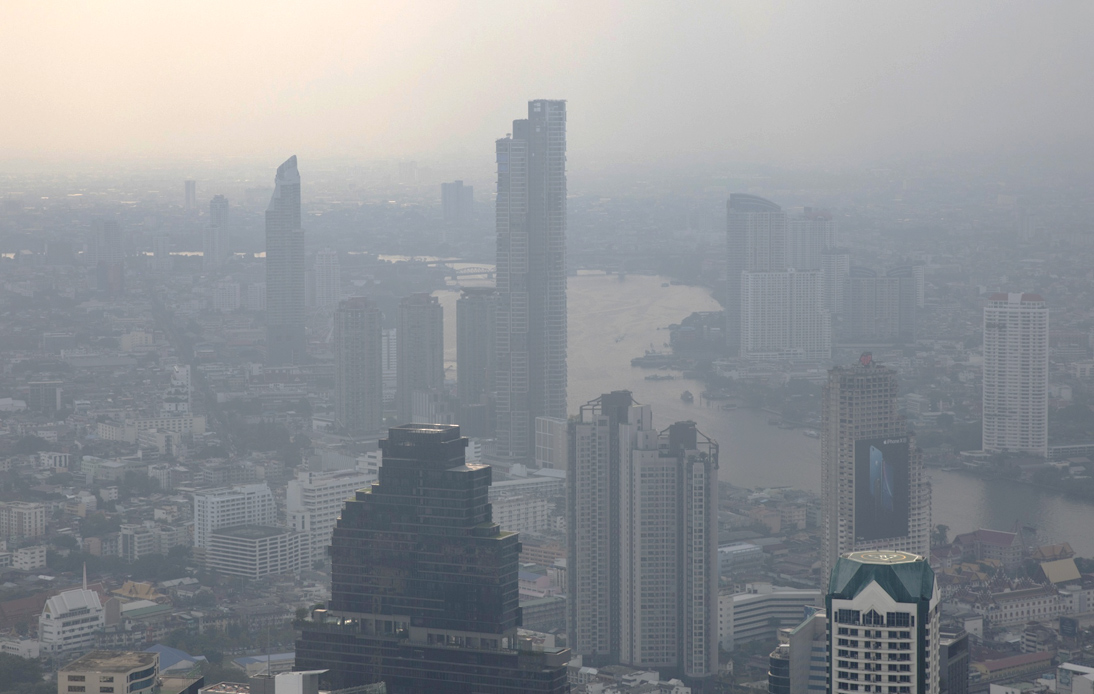 Natural Resources and Environment Minister Varawut Silpa-archa reported that an urban dust dome over Bangkok had caused air quality to drop in the capital over the past week, explaining it had formed when low atmospheric pressure and high-rise buildings captured dust and other pollutants produced by burning agricultural waste.

But now, microfine PM2.5 dust isn’t the only pollutant in the haze that has engulfed the city.

The concentration of larger PM10 pollutants and greenhouse gases has also significantly increased. According to the Ministry, these pollutants are derived from the improper disposal of agricultural waste on Bangkok’s northern outskirts.

The ministry also said it asked provincial governors to urged farmers in their area to avoid burning waste.

It also confirmed that it asked officials to consider imposing a possible ban on burning waste outdoors if farmers refuse to abide by the regulations. As a possible solution, Mr. Varawut suggested them to sell agricultural waste instead of burning it.

One of the actions could be to delay schools’ opening if the haze issue worsens,  Mr. Varawut said. He also asked the capital residents to avoid outdoor activities and recalled the importance of wearing masks while outside.

These measures would help reduce health problems from both the ultra-fine pollutant PM2.5 and COVID-19.

According to the Bangkok Air Pollution Coordination and Resolutions Center, PM2.5 levels in the city ranged from 51 to 89 micrograms per cubic meter (μg/m³). Besides, 69 areas of the capital reported levels of the pollutant above the safe threshold for exposure.

The government of Thailand set the safe threshold at 50μg/m³.

Meanwhile, the head of the Department of Pollution Control is considering lowering the safe threshold for exposure to PM2.5 below the current level for 24 hours. The new safe threshold would be 30μg/m³.

Mr. Attapol also said that tackling pollution was one of the most important items on the government’s agenda and that the authorities had asked several agencies to take measures to combat PM2.5 pollution through the control of emissions from vehicles and burning agricultural waste.