Myanmar Protesters in Bangkok Rally Against the Military Coup 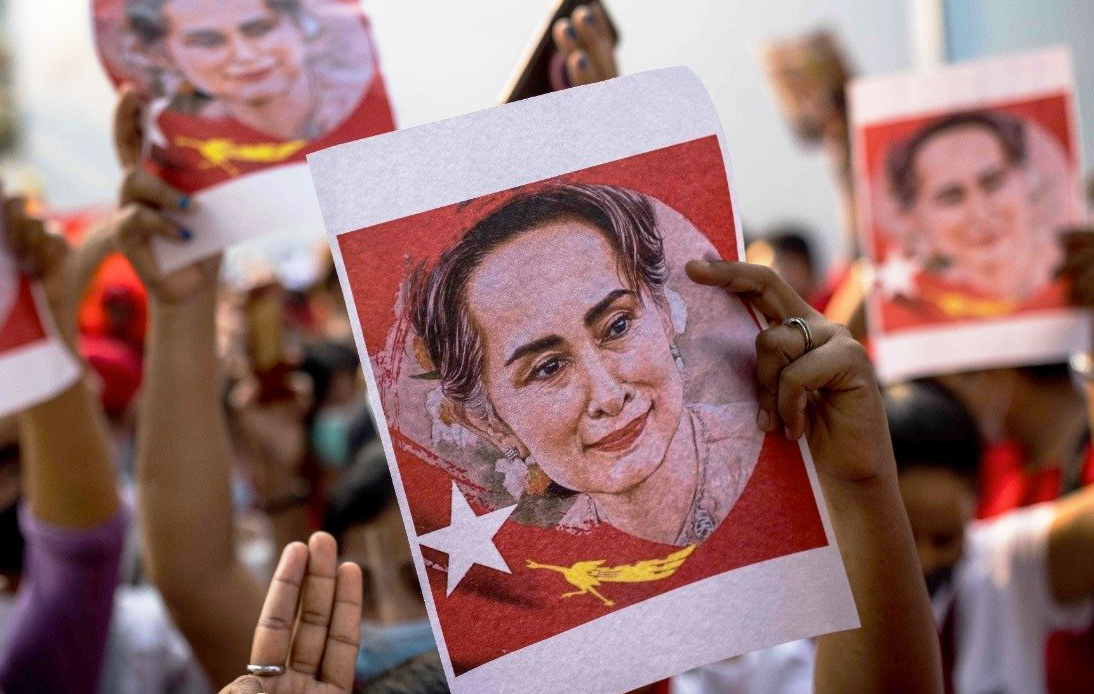 At least 300 Burmese protesters gathered outside the UN office in Bangkok on Sunday to demonstrate against the military coup in their country.

According to police estimates, around 300 citizens of Myanmar demonstrated on Ratchadamnoen Nok Avenue in front of the office of the Economic and Social Commission for Asia and the Pacific around 11:00 a.m. The group included workers, students, businessmen, and businesswomen.

However, iLaw cited messages from observers at the rally saying that the number of protesters has probably doubled the police figures.

The protesters shouted slogans against the February 1 coup. They demanded the release of elected leader Aung San Suu Kyi from the National League for Democracy (NLD) party, which won the last election with more than 80% of the vote.

Besides carrying banners to show support for democratic leaders, many protesters used the three-finger salute to condemn authoritarianism and the Burmese army’s seizure of power.

Police from the Metropolitan Police Office used panels to keep protesters on pedestrian pathways, thus preventing traffic disruption. Moreover, a group of riot police was deployed outside the UN compound.

Authorities ordered the protesters to end the rally around 2:00 p.m.

They said the demonstration violated a ban on public gatherings that could cause the spread of COVID-19. Although it was scheduled for 4:00 p.m., many protesters decided to follow the order, and riot police began to clear the area for traffic.

This was not the first demonstration against the Myanmar coup in Thailand.

On Monday, riot police dispersed a demonstration against the military coup in front of the Myanmar embassy in Bangkok and left three activists were arrested.

Besides, protesters in Myanmar have been holding the largest demonstrations in the country to date. The media reported mass demonstrations on Saturday and again on Sunday.

On Monday, the country’s military seized power after arresting the de facto leader, the president, and other Democratic leaders.

The military rulers also declared a one-year state of emergency and issued orders to shut down the Internet. More demonstrations are expected in the coming days.