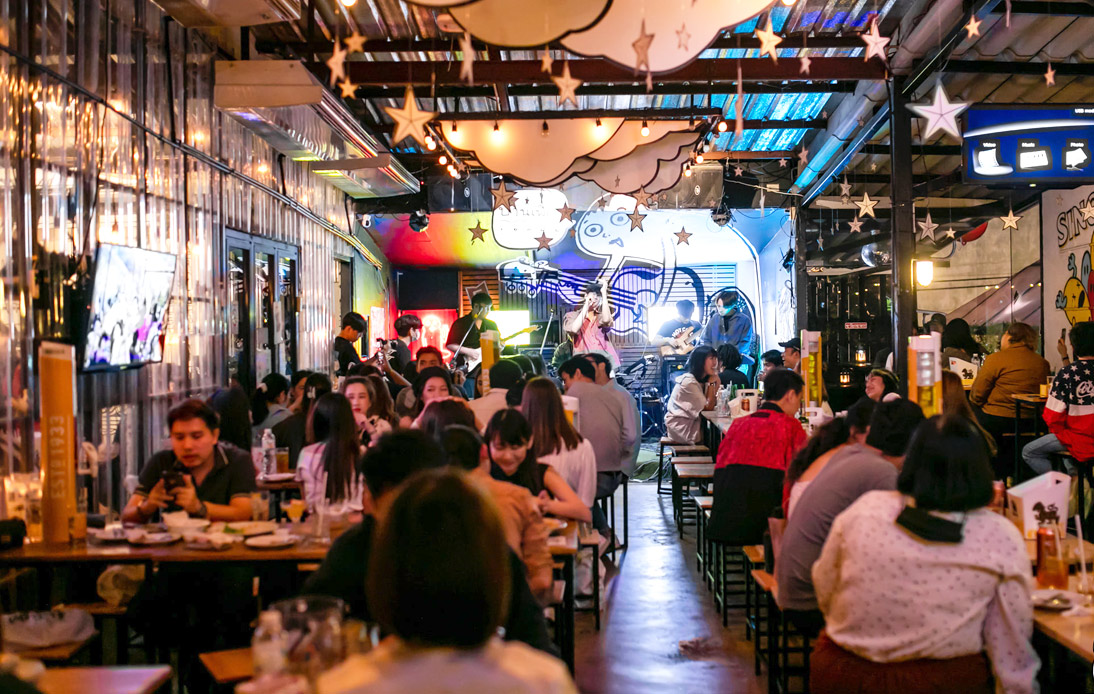 Patrons of seven Bangkok pubs and bars, mainly in the Ekkamai and Thong Lor areas, should contact health officials after a COVID-19 cluster was reported, raising concerns about the spread of the pandemic disease.

On Friday, the Disease Control Department said that 40 people in the seven locations had been infected with the novel coronavirus between March 25 and March 27.

Two cases were also found in The EmQuartier Sukhumvit 39 and The Emporium shopping malls.

Authorities confirmed that several foreigners were among the new infections found at Beer House.

The Bangkok Metropolitan Administration (BMA) urged people who visited any of the venues since March 25 to enter their COVID-19 website to conduct an assessment. Individuals can also call 02-203-2393 and 02-203-2396 for advice.

All five nightspots have been disinfected since the cluster reports emerged, the BMA added.

A preliminary investigation found that infections in the capital’s entertainment venues were linked to around 40 previous cases found in 10 bars in Pathum Thani, Nonthaburi, Nakhon Pathom, and Bangkok.

They included the pubgoers, as well as the musicians and their families.

According to department director-general Opas Karnkawinpong, the new cluster might have originated from a Thammasat University student who visited two pubs in the Rangsit area of Pathum Thani on March 16 before spreading and infecting other people, including musicians and staff.

“Most pubgoers do not hang out at a single place. That was why the cluster could spread very quickly,” Dr. Opas said.

The department director-general added that the musicians and their assistants followed the same pattern as they often move from one place to another, even on the same night.

They investigate whether entertainment venues have complied with disease control measures.