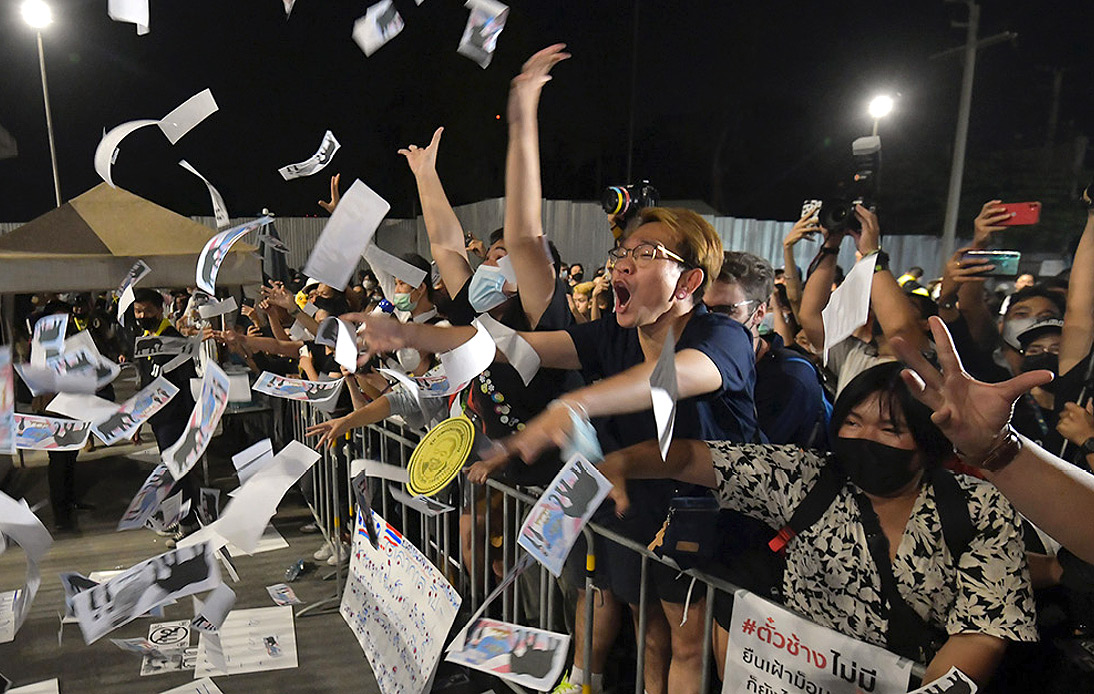 On Saturday evening, a few hundred activists gathered outside the Parliament for what they called a people’s no-confidence debate.

The event was held hours after a vote inside the legislative chamber where Prime Minister Prayut Chan-o-cha and his nine cabinet ministers survived a four-day censure debate. The opposition criticized how his government handled the COVID-19 situation and discussed the economy and alleged corruption.

There were 4,000 police officers on rotating shifts providing tight security.

The United Front of Thammasat and Demonstration organized the activity and established the Parliament complex at the Kiak Kai intersection as the rally site. It is a student group under the auspices of Ratsadon or People’s Movement.

Before the rally, rumors of guards armed with ping-pong bombs spread.

However, the core leader and activist Panusaya “Rung” Sithijirawattanakul denied such claims, insisting that the demonstration would be peaceful. It was later reported that organizers handed out pamphlets on civil disobedience and asked demonstrators not to carry any kind of weapons, including bombs, guns, and firecrackers.

The action was executed to prevent repeating the violent situation of last Saturday.

The protesters’ demands remained the same. They were asking for the resignation of Gen Prayut, the monarchy’s reform, and the rewrite of the constitution.

Demonstrators also made placards to send messages — mostly focused on Section 112 — to the government.

There was no set-up stage, but pro-democracy leaders and key members addressed the crowd from a pickup truck. The rally’s organizers ended the peaceful event shortly before 9:00 p.m.

However, it was not the only event of the day.

A group called the “Progressive Red” gathered near the Democracy Monument at 3:30 p.m. They had a pickup truck equipped with loudspeakers and carried food supplies.

The second group of protesters claimed they didn’t know the meeting was at the Parliament.

Moreover, there was a march from Nakhon Ratchasima to Bangkok led by the Dao Din group. People joined the demonstration to demand the release of four activists detained and charged under the lese majeste law.

Among the protesters was the mother of Parit “Penguin” Chiwarak, one of the four detainees who had been denied bail.