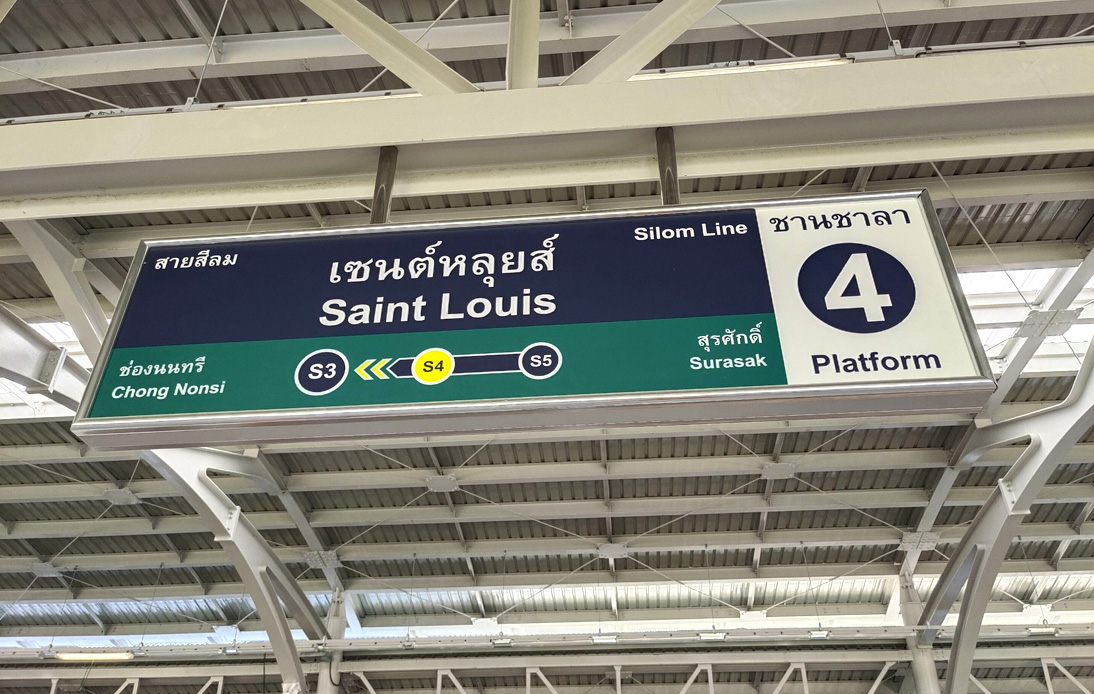 On Monday, Bangkok welcomed a new SkyTrain station on Sathorn Road. It is one of the “ghost stations” that, despite having been included in the fare since 1999, was never actually built.

The station’s original name was Suksa Witthaya, named after a local school that no longer operates today.

It is now known as Saint Louis Station, named after a Catholic Church and hospital in the area, and will serve those traveling between Chong Nonsi and Surasak. Other important places in BTS Saint Louis’s vicinity are the Myanmar Embassy, Bangrak Hospital, and the Apostolic Nunciature Embassy of the Holy See.

Saint Louis was one of the ‘ghost stations’ on the system map.

Another one is the Sena Ruam Station, which was originally intended to separate Ari from Saphan Kwai. However, there is no information yet on when its construction could resume.

In 2019, Skytrain operators revealed that preliminary works on a new station in central Bangkok quietly began more than 20 years after the plans were announced.

By then, a representative from BTS said that construction on the station had started in March and estimated that it could be complete by October 2020. However, a contractor in charge of the project denied confirming the time-frame.

The construction of Saint Louis station and Seine Ruam station has been linked to significant controversies in recent years.

Travelers accused BTS of charging them fees for passing through non-existent stations. BTS insisted that their fates were calculated based on distance and not on the number of stations.

However, an audit conducted by the Office of the Ombudsman in May last year confirmed that passengers were paying to go through those two stations for years.

The resumption of the Saint Louis station’s construction also came amidst legal action, with more than 400 travelers with disabilities sued the City Council in Administrative Court for 1.4 billion baht after the civil court rejected their collective claim against “inaction” in the city.

Activists for the rights of people with disabilities protested against the aerial train operators for the lack of elevators in the center’s stations.

Skytrain public relations officer Sukunya said that the elevators would be included in Suksa Withaya, as they were already in the plan.