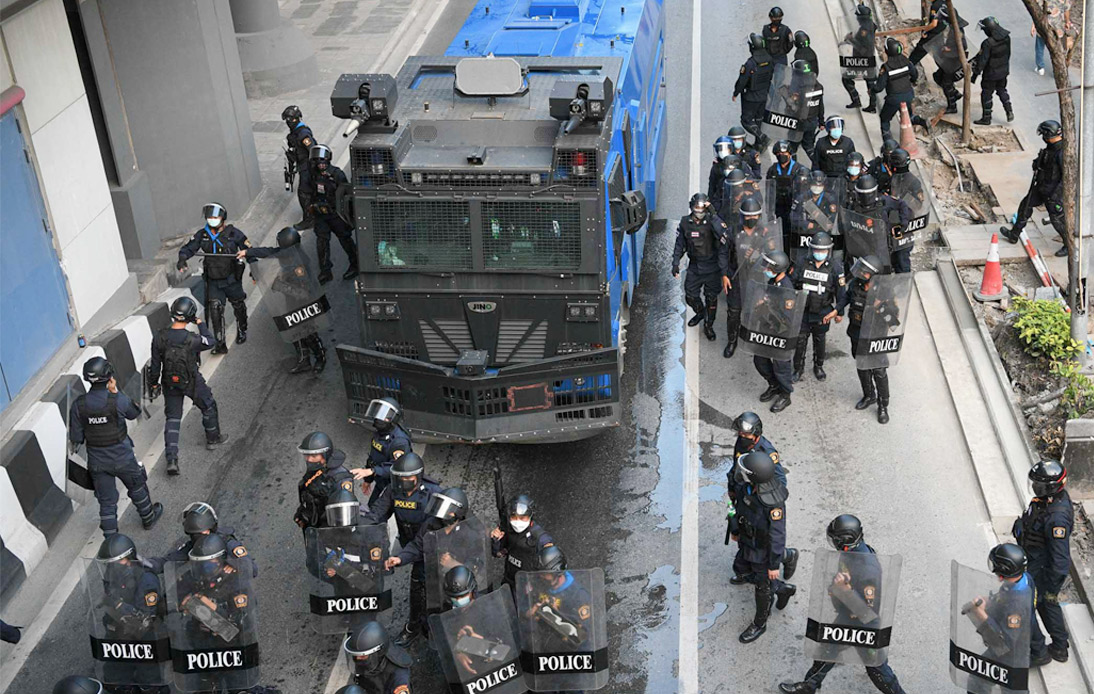 Responding to allegations that the police shot two demonstrators with live rounds during a march, Deputy Commissioner and spokesman for the Metropolitan Police Bureau (MPB) Pol Maj-Gen Jirasant Kaewsang-ek stated that law enforcement agents only used rubber bullets to disperse the crowds.

At around 3:00 p.m. Sunday, activists and protesters from United Front of Thammasat and Demonstration, Democracy Restoration Group, Thalu Fah, the Ratsadon movement and others marched through Pathumwan intersection to the German Embassy.

The rally’s objective was to submit a statement opposing the Constitutional Court’s latest ruling accusing pro-democracy protests of trying to bring down Thailand’s monarchy.

However, Pol Maj-Gen Jirasant said Monday that demonstrators had reportedly tried to break police barriers at Chalerm Phao intersection and threw objects at police agents. Two officers were injured, he went on.

He also said that demonstrators started launching bombs outside Police General Hospital’s Forensic Institute, forcing police agents to fire rubber bullets to disperse them. Two protesters were injured during the clash, he added.

Pol Maj-Gen Jirasant said that one more person was injured when protesters started setting off bombs at the Wireless Road intersection after submitting their petitions to the German Embassy.

He added that injured protesters’ wounds look like they were caused by rubber bullets.

Since July, 783 protest-related charges had been filed, including 398 that are still under investigation.