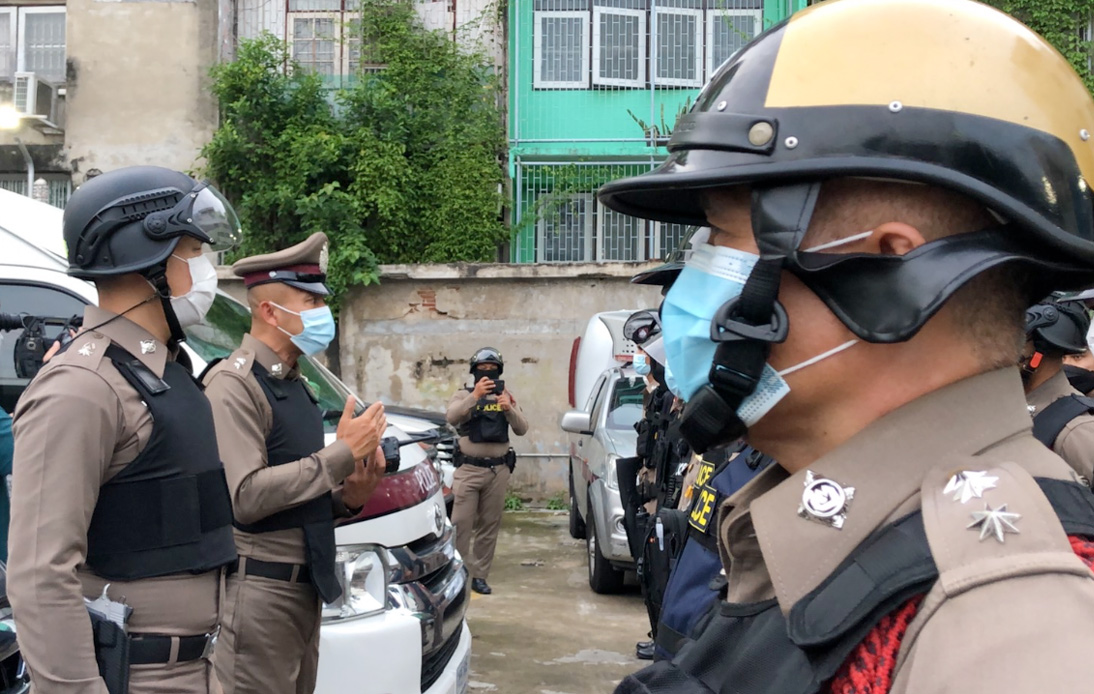 Yesterday, a special police task force raided Bangkok’s Din Daeng flats after a riot policeman was shot and wounded while on duty in the area on Wednesday night.

Around 10:43 p.m. Wednesday, Pol L/Cpl Detwit Ledtenson was shot in the head. The officer, rushed to the Police General Hospital, was behind Din Daeng flat 1, on Chaturathit Road, also known as Soi Saeng Uthaithip.

A special police task force entered the area shortly after the incident to search apartments.

The police searched Din Daeng’s flats until early hours in the morning and detained at least 13 people for questioning, including seven aged under 13 and five aged under 18. An independent media organization’s employee was also arrested.

Earlier on Wednesday, riot officers arrested 28 people demonstrating against the government in the Din Daeng area.

Residents claimed violence had not been reported in the past, saying they feared what might happen, and reportedly asked protesters not to gather on the soi to avoid affecting the people living there.

Metropolitan Police Bureau’s deputy commissioner Pol Maj Gen Nitithorn Jintakanon said the national police chief had ordered to prioritize the investigation on the wounded police officer, adding that many weapons had been seized during the search.

The investigation would be extended with the information provided by people questioned, Pol Gen Nitithorn added. The media reported that Pol Gen Suwat would personally question some detained suspects.

For the past month, “Talu Gas” protesters have clashed with the police at the intersection daily.