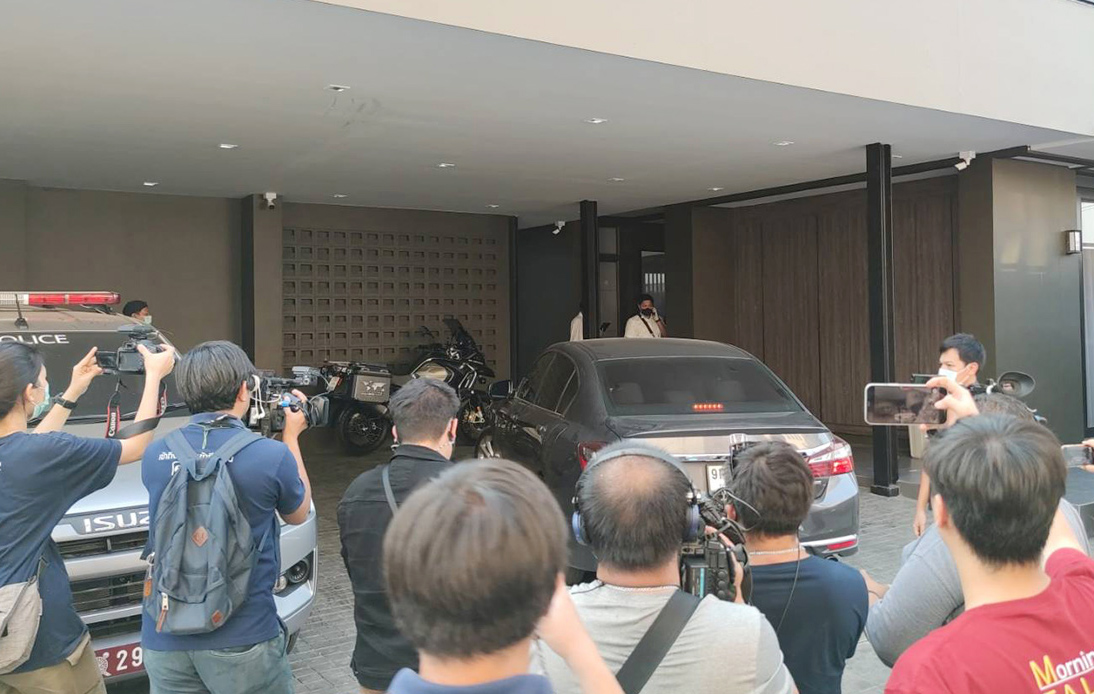 On Friday, police raided a house in Bangkok’s Chatuchak district as part of their investigation into the death of a model hired as a hostess along with two other women at a private residence on Monday.

The four-story house was reported to have security cameras installed and was surrounded by an unusually high wall of more than six feet.

Officers found no one on the property but did note that there were a luxury car and a BMA motorcycle. They decided to leave after half an hour.

An informed source confirmed that investigators obtained the model’s chat history, hoping to shed more light on what happened.

The source said Phahon Yothin police officers retrieved the text chat history between Whitchayaporn Visessombut, the 33-year-old model, and her modeling agent on the day she was hired for the job at the Chatuchak home.

She worked at the residence on Monday nights serving drinks and entertaining guests.

But the young woman was transferred Tuesday morning to the Paolo Kaset Hospital. Whitchayaporn “Wa” Visessombut arrived at the hospital unconscious and was pronounced dead of respiratory failure shortly after that.

After her death, her family began seeking assistance from the police.

Her relatives feared that the case was like that of model Thitima “Lunlabelle” Noraphanpiphat, who died after a party in 2019. She was illegally detained for purposes of sexual abuse and forcibly deprived of freedom leading to her death.

Also, the source said that the chat history that the police were reviewing contained money transfer receipts for 30,000 baht as working payment to four hostesses, including Whitchayaporn.

It also emerged that six other hostesses from a different agency were hired to work at the same party.

From the evidence collected so far, the police have discovered that there were between five and seven men and ten women at the Monday night party. They also found evidence that drug use was involved.

Officers are still awaiting the dead woman’s autopsy’s full results to continue with the other phases of the investigation.