Two Arrests Made Linked to Bomb at Chamchuri Square 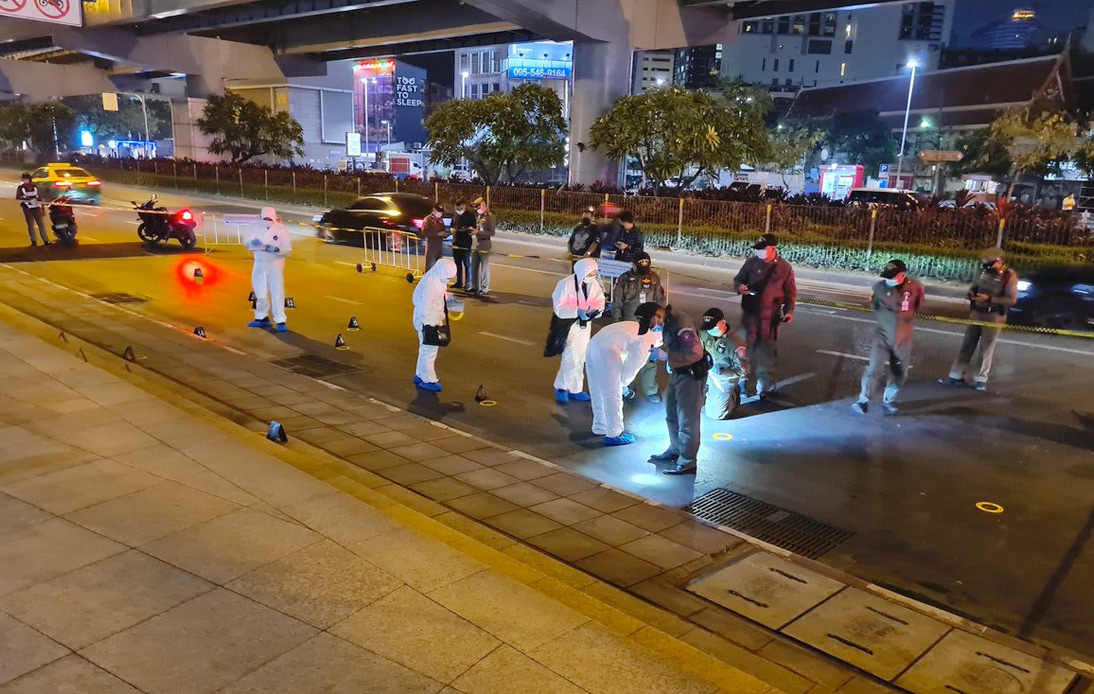 Authorities have said that they would issue warrants to arrest at least two people who were linked to a bomb attack in Bangkok.

The Thai PBS World said that those two people were suspect of throwing a ping pong bomb into a group of police officers. They were in front of the Chamchuri Square shopping center.

According to the Thai PBS World, three policemen and one reporter were injured.

However, Khaosod English reported earlier that the bomb attack injured only two of the four police officers that were in the place. Besides, the deputy commissioner of the Metropolitan Police Bureau, Pita Tawichai, said that authorities believed that the criminals were in a vehicle on the flyover heading towards Hua Lampong railway station when they threw the bomb.

He also said that the police found some objects at the scene of the explosion, including black electrical tape, nails, and wire.

Reports indicated that the attack occurred at 6:00 p.m. during a pro-democracy demonstration against the government’s lesé majeste law. More than 43 people, including students, have been arrested under this law since November.

A student from Thammasat University was arrested on lese majesty charges while being in his bedroom.

The police reportedly arrested the student because he asked for the law in question to be abolished.

On Sunday morning, a group of pro-democracy protesters and Ratsadon guards protested outside the headquarters of the Internal Security Operations Command in Dusit district.

The group of people was demanding the release of one of the guards. They claimed that he had disappeared the night before.

However, Thanathip Sawangsaeng, a spokesperson for ISOC, responded to the protesters’ claims by saying that the organization was not involved in Mongkol’s disappearance because “it is not responsible for maintaining peace and order in the city.”

They stated that he was released in the Bangpoo area. Besides, it was known that both Mongkol and his lawyer went to notify the police at the Muang District Police Station and said that he would be sent for a physical and psychological evaluation.