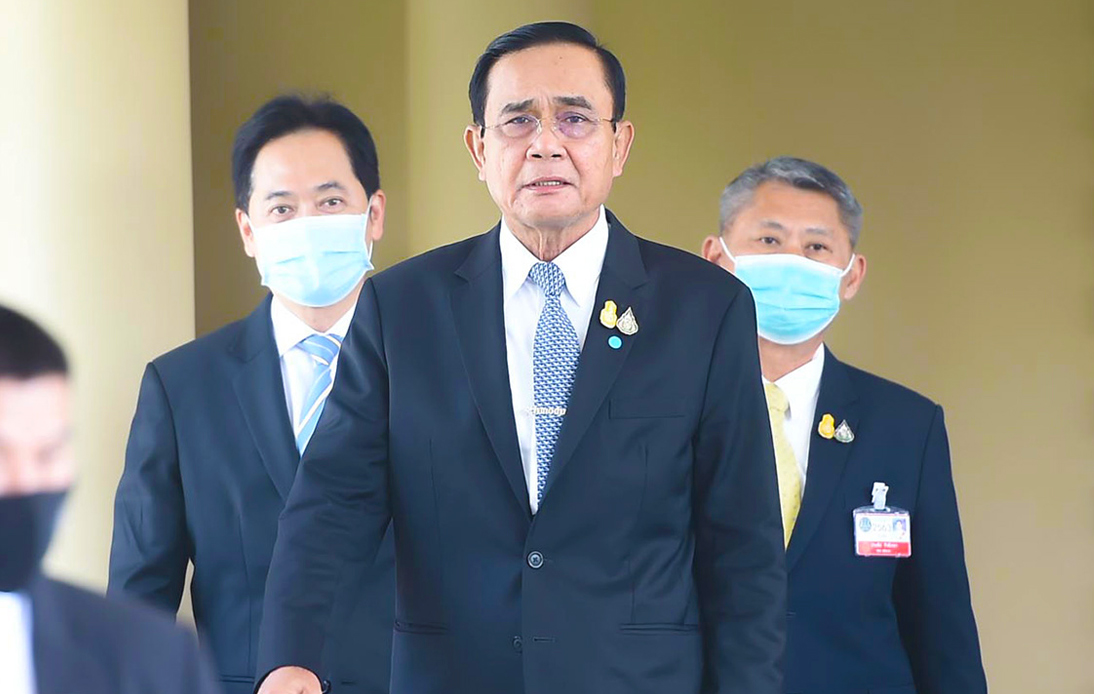 According to Bangkok Governor Aswin Kwanmuang, Prayut was fined 6,000 baht for not wearing a mask during a meeting with his vaccine procurement advisers. The media released a photograph of the prime minister barefaced at the conference place.

Bangkok authorities ordered the mandatory use of masks as of Monday, clarifying that it is required even when in a vehicle of more than one person.

On Monday afternoon, Pol Gen Aswin posted on Facebook that he had filed a complaint against the prime minister with the police. The City Hall jumped into action after social media criticized the prime minister for violating the rule.

A photo on Gen Prayut’s official Facebook account showed him sitting with his face unprotected at the head of a conference table while everyone else wore masks.

It was removed shortly there, but it was known that the picture was intended to promote the meeting on vaccine procurement at Government House. Subsequently, Pol Gen Aswin wrote on the social media platform that the prime minister had asked him to verify whether he had acted wrong.

“I told him he had violated a Bangkok Metropolitan Administration announcement, which requires everyone in the capital to wear a mask at all times while outside his or her home or residence. Violation results in a fine up to 20,000 baht under Section 51 of the 2015 Disease Control Act,” he wrote.

Gen Prayut was asked to pay 6,000 baht since investigators can determine the fine for the offense based on a fine regulation.

Pol Gen Aswin explained that, in his role as Governor of Bangkok and accompanied by the police chief and investigators from the Dusit police, he later went to Government House to indict the prime minister.

Prayut Chan-o-cha agreed to pay the fine, he said.