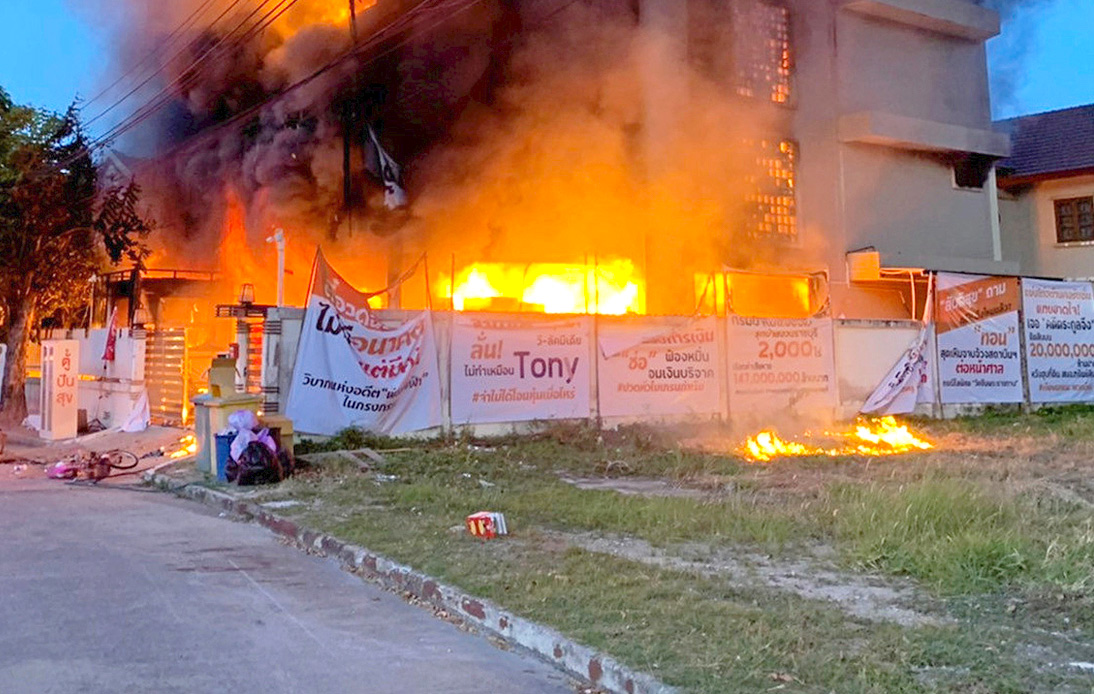 The bodies of the four firefighters who died when a Bangkok residence building collapsed were extricated Sunday.

On Saturday morning, the Thammasala Police Station received reports of a fire in the village of Krisda Nakhon 31 on Boromratchonnanee Road of the Sala Thammasop sub-district of Bangkok, Thawi Watthanadel district.

Police and firefighters rushed to the scene to put out the fire in a three-story house, but it took more than an hour.

As they worked to rescue residents, the building collapsed, trapping an unknown number of officials and civilians under its debris. Seven residents were reportedly recovered from the collapsed building and taken to safety.

The governor went to the site to discuss a plan to rescue victims who might be trapped underneath the building. However, he said there was no safe passage to safely retrieve those trapped, adding: “we will have to gradually drill and use small-sized equipment as larger equipment could cause (the debris) to collapse further.”

On Sunday at 6:40 a.m., rescue teams managed to pull the four bodies out of the debris after an operation that lasted all night.

A video retrieved by the Reuters news agency showed the charred and blackened building collapsing amid a huge cloud of black smoke and concrete dust. A firefighter who was climbing a ladder on the perimeter wall to take a closer look at missed.

However, he managed to escape the falling debris.

A firefighter who filmed and posted the video through his Facebook account described the scene, saying: “I heard the sound of something breaking and the whole building came down within split seconds.”

“The rescue team were told to leave the building because the structure looked weak,” he added.

Jiratthikorn Banjongkit, chief of rescue at the Poh Teck Tung Foundation, told AFP early Sunday that the cause of the collapse “remains unknown” and added: “The fire could be the main reason for interiors of the residence building to collapse.”

Bangkok Governor Pol General Aswin Kwanmuang said on Saturday that a forensic team was ordered to investigate the incident’s cause.