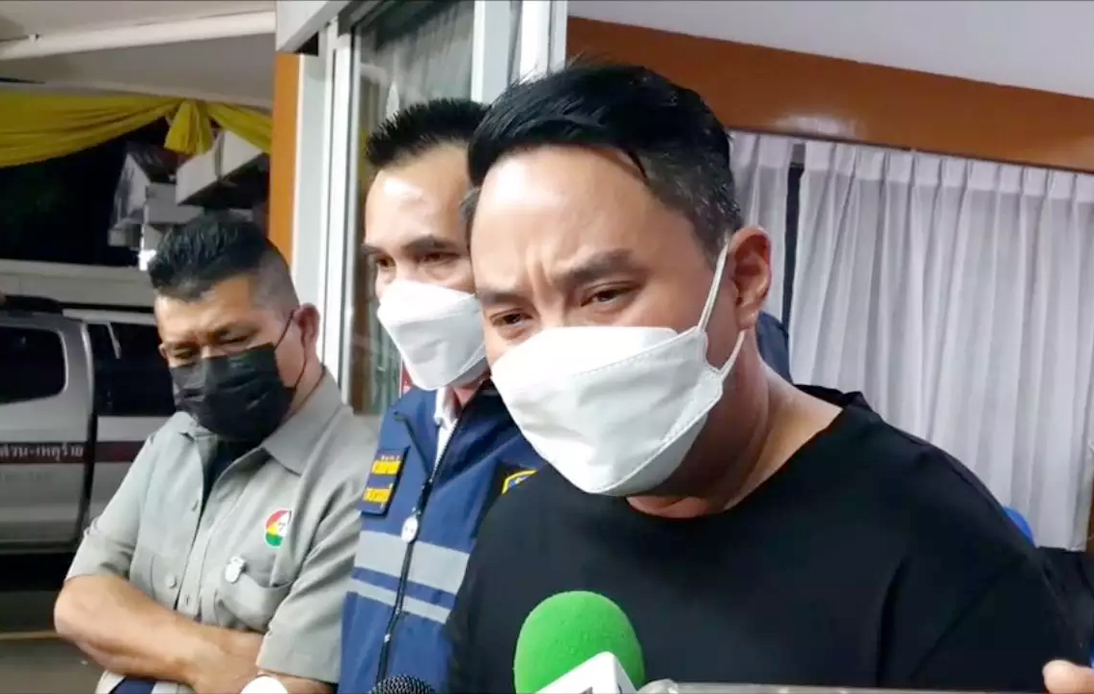 Both the owner, and the driver, of the speedboat carrying late TV actress Nida “Tangmo” Patcharaveerapong on the Chao Phraya River have been charged with negligence, and operating an unauthorized vessel.

On Sunday, Lt. Col. Pol Uthen Hongthong, a chief interrogator at Muang Police Station in Nonthaburi, said police had formally filed charges against the speedboat’s owner Tanupat “Por” Lerttaweewit and Phaiboon “Robert” Trikanjananun, the man driving the speedboat when Tangmo fell into the water and died.

Both men were detained under arrest warrants by the Nonthaburi Court and now face two charges. The first was operating an unauthorized vessel.

The second and most severe charge, which carries a maximum 200,000 baht fine and up to 10 years in prison, was negligence leading to one person’s death. Thay have since made bail over the incident.

Tangmo died after falling from the boat where she was with six other people on Thursday night. Her body was found around 01:00 p.m. Saturday, two days after the accident was reported.

The police questioned Mr. Tanupat and Mr. Phaiboon at the Muang Police Station. Police experts also checked their mobile phones and confirmed the accusations against both men in the presence of their lawyers.

On Saturday, Mr. Tanupat stated that his boat was legally licensed, but this year’s taxes were a few days overdue. He also told reporters that the group was not wearing life jackets but that the speedboat had lifebuoys in case of an emergency.

The 37-year-old actress’s representative, Ms. Idsarin, said that Tangmo did not want to wear life jackets because she planned to pose for some photos on the boat in her bodysuit.

Mr. Tanupat insisted that everyone on the boat tried to find her after she fell into the river and immediately called rescue agencies, shipyard owners, and police to help with the search.

However, Tangmo Panida Sirayutthayothin’s mother said she did not believe her daughter’s death resulted from an accidental plunge from the boat.

Speaking to reporters, Ms. Panida said that many issues related to her daughter’s death did not add up. She also added she wanted to know who had arranged the photoshoot for which her daughter, who reportedly appeared to have dressed up in the snaps, was hired.

Ms. Panida said one photo showed her daughter in a somber mood as she sat alone in the boat’s back, adding that the other people might have had an argument that contributed to her daughter’s ill fate.