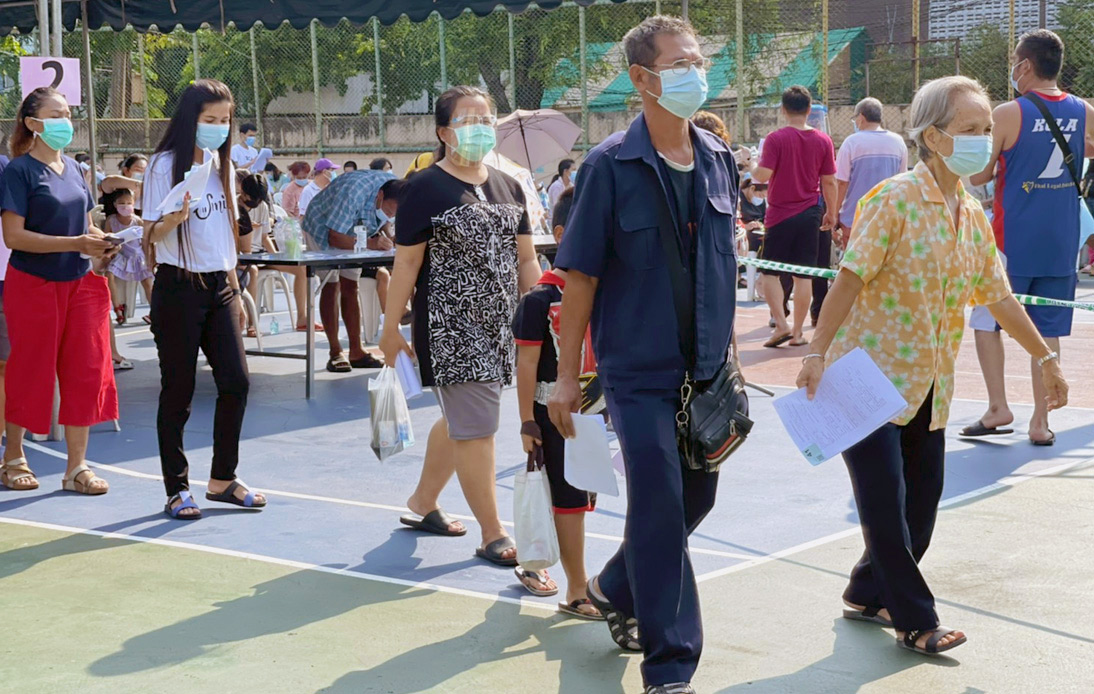 The capital is a large and densely populated area, considered the center of everything, he said during a visit to a jab spot in a shopping center in Bang Khae.

However, even though it can administer a maximum of 3,000 vaccines a day, only 500 daily doses are currently delivered, he stated. The shortfall comes amid reports that some people have been waiting for hours to get a COVID-19 shot, but Mr. Anutin did not explain the deficit’s cause.

Last week, health officials assigned around 2 million vaccines to Bangkok for the mass vaccination campaign that started on Monday.

But the amount of supplies has not been enough, and authorities plan to procure more vaccines to help the capital catch up with the demand for vaccination. “If the outbreak situation in Bangkok is fully contained, the situation in all other parts of the country should improve dramatically too,” Mr. Anutin said.

The Public Health Ministry has designated Bangkok as a dark red zone or zone of maximum and strict control since the third wave of infections hit Thailand.

As of Wednesday, authorities had detected six major COVID-19 clusters in 35 districts of the capital, said Apisamai Srirangson, assistant spokeswoman for the Center for COVID-19 Situation Administration (CCSA).

They include a new infections cluster found at Prayuk Sport Supply Co, where 54 of 120 employees tested positive for the virus, she stated.

Authorities ordered to close the company until June 18 while local health officials conduct further tests on people living in nearby communities, she said, adding that infected employees were being treated at the hospital.

Dr. Apisamai said that around 62,000 registered workers live in the camps and that mass testing is expected to detect as many infected people as possible to stop the spread of the novel coronavirus in the capital.

At the CCSA meeting on Wednesday, officials also discussed the situation of illegal immigrants, she said.

Of the 200,000 illegal immigrant workers now living in Thailand, around 70,000 are believed to be in Bangkok alone. As part of its plan to better contain the spread of COVID-19 among them, the cabinet recently approved a proposal to extend the special registry of migrant workers until September.