BBC Names Panusaya One of World’s Most Inspiring Women 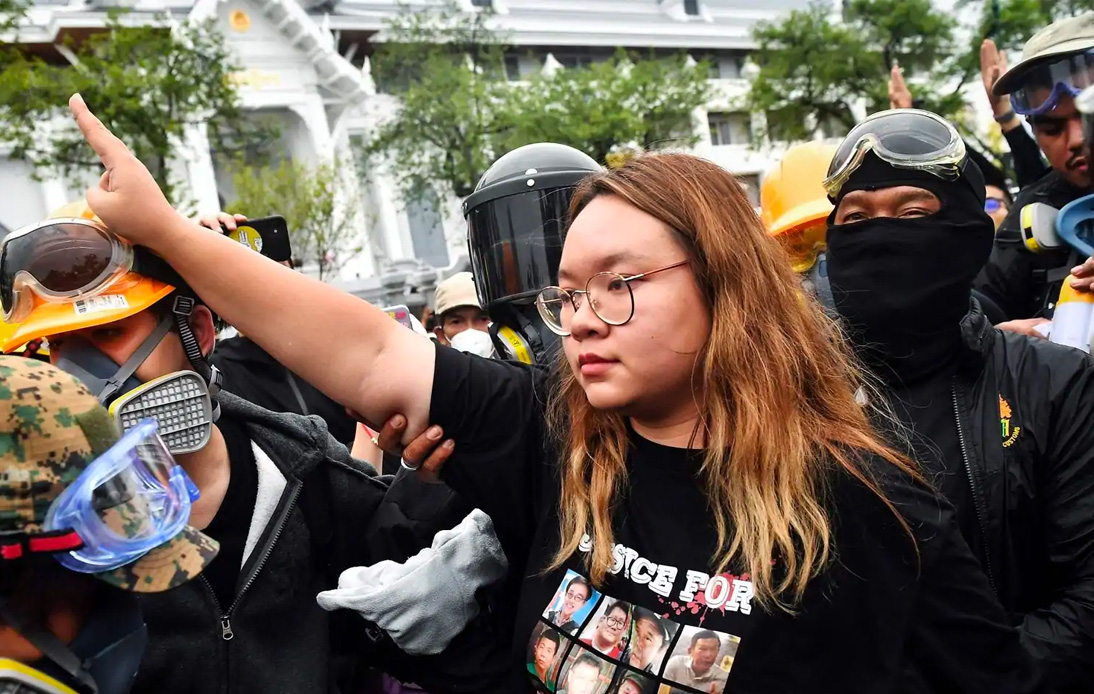 The BBC has named protest leader Panusaya “Rung” Sithijirawattanakul one of the 100 most inspiring and influential women in the world in 2020.

Panusaya is the leader of the United Front of Thammasat and Demonstration group. In August this year, she made international headlines when she read a 10-point manifesto for monarchy reform at a rally in Bangkok.

She has been charged with various serious crimes by the Thai government, including sedition.

Authorities have arrested her several times, but she remains faithful to her conviction of attending the protests.

One of them is Panusaya. The other two are Kotchakorn Voraakhom, an urban landscape architect; and Cindy Sirinya Bishop, an actress, model, and television host who has been campaigning to end violence against women.

The BBC said that Kotchakorn began her work by separating the cracked pavement from Bangkok’s sprawling urban landscape and letting the seedlings of new ideas sprout. Besides, she seeks to nurture public and green spaces to make megacities more livable and more resilient to climate change.

This year, UN Women named Cindy a regional goodwill ambassador for gender equality through education, communities, and governments. She made headlines by founding the #DontTellMeHowToDress movement in 2018 after authorities told women not to look sexy if they wanted to avoid sexual assault in Songkran.

The BBC’s list of women honoring this year focused on those who lead change in times of turbulence and crisis.

Also, shortlisted women on the 2020 list belong to different areas and specialize in a wide variety of professions.

Among them are Sanna Marin, who heads Finland’s women’s coalition government, Sarah Gilbert, who leads Oxford University’s research on a coronavirus vaccine, and Michelle Yeoh, a rising star in Hollywood.

Panusaya “Rung” Sithijirawattanakul is a 22-year-old student who has become a fundamental voice in confronting the monarchy’s role in Thailand and fighting for the restructuring of the laws. She is the youngest Thailand woman to appear in the edition of this year’s list.

The BBC recognizes her for her intelligence, leadership, and creativity and highlights her fight for the advancement of women and her entire country.